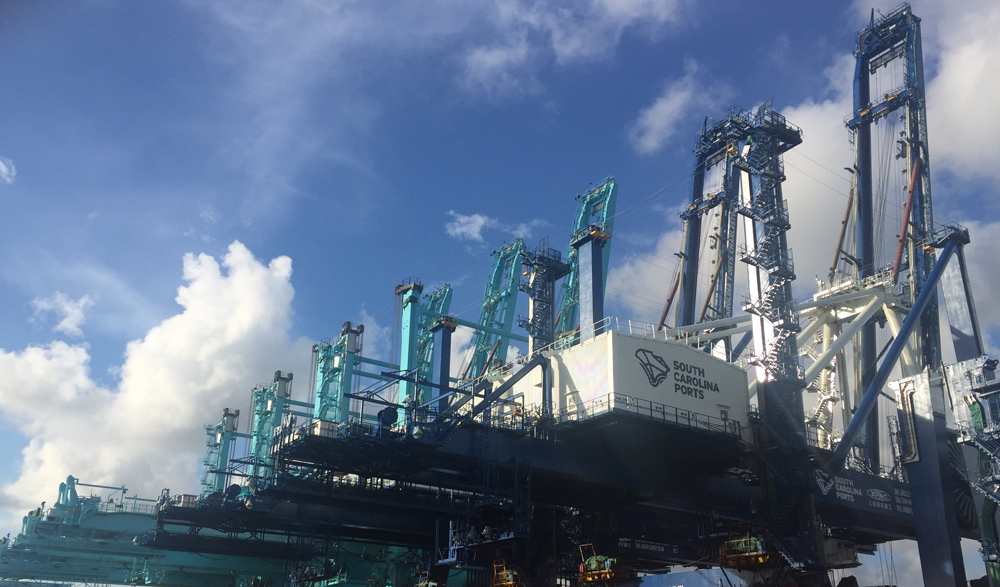 One of the two new, 155-foot-tall cranes at the Port of Charleston has been damaged.

Workers have been preparing the cranes for use at the Wando Welch Terminal in Mount Pleasant since Chinese crane manufacturer ZPMC delivered them in August.

One of the crane booms — the long arm of the crane used to move containers — was raised beyond its stopping point, causing damage to the boom, port spokeswoman Erin Dhand said in an email. The port did not release any additional details about how or when the damage occurred.

“A senior technical team from ZPMC is on-site to assess the damage and develop a plan for repair,” Dhand said in the email. “ZPMC still has custody of the cranes, so repair is their responsibility.”

She added that the port expects a timely, professional repair.

Dhand declined to say how expensive the repairs would be or how long they would take to complete. The port is hosting a crane reveal event for business and maritime leaders tonight at the Wando terminal.

The new cranes extend 40 feet higher than the existing cranes at the port, enabling workers to handle ships capable of carrying 14,000 20-foot-equivalent containers. TEUs are the shipping industry standard for measuring cargo capacity.

Port officials say bigger cranes are needed now to prepare for the anticipated ship calls following the recent expansion of the Panama Canal. Bigger ships are already calling on the Port of Charleston.

The Wando terminal will eventually have eight cranes with 155-foot lift off the ground.

Two additional cranes from Zhenhua will be delivered in December 2017 for use at the Wando terminal, and four existing cranes will be raised by cutting the crane legs and adding 40-foot sections, Newsome said.