The largest ship to ever come to the East Coast called on the Port of Charleston over the weekend. 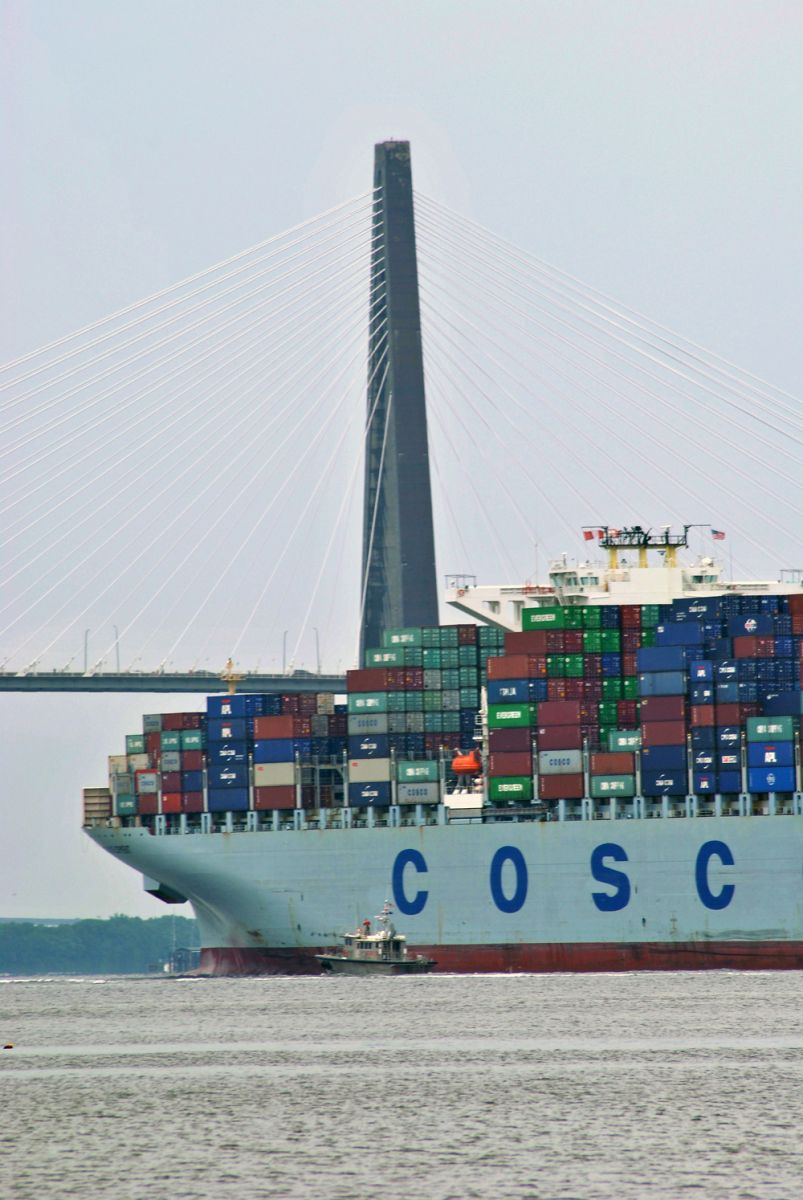 The ship measures 1,200 feet long — as long as the Eiffel Tower is tall — and 158 feet wide. If two Washington monuments were laid end to end, they would equal the ship’s length.

For the S.C. State Ports Authority, this means building a new terminal in North Charleston, updating the Wando Welch Terminal in Mount Pleasant and deepening Charleston Harbor to 52 feet. The deepening project has been approved by regulators and received state funding; the project still awaits federal funding. Dredging for the project is set to begin in the fall.

Ports CEO Jim Newsome said previously that the Cosco ship’s arrival in Charleston “marks a new era” for the port.

The Development is deployed on the weekly Ocean Alliance South Atlantic Express service connecting Charleston with Hong Kong, Yantian, Ningbo and Shanghai in China via the Panama Canal, according to the port.

The previous largest ships to call on the port were the APL Yangshan and the APL Barcelona, 10,700-TEU ships that first called on the port in the fall, according to the ports authority.