The Port of Charleston had its second-best month in container volume in its history last month — following the port’s busiest month ever in March.

It was the strongest April ever for cargo going in and out of the port, S.C. State Ports Authority President and CEO Jim Newsome said Wednesday during the board meeting. 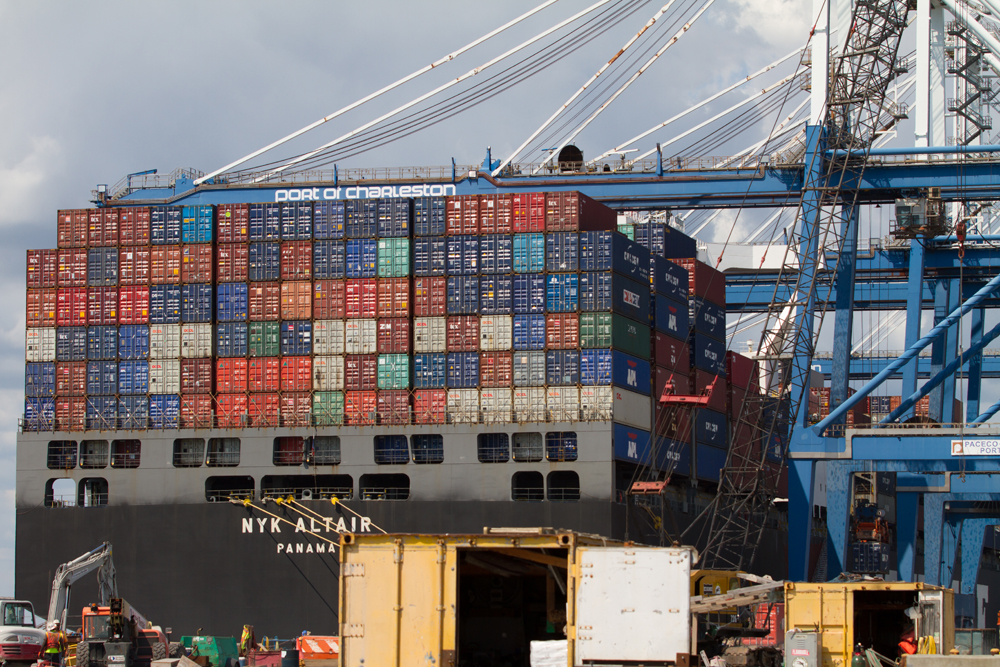 In April, the port handled more than 107,000 pier containers — boxes of any size coming through the port — and 189,000 TEUs — representing the equivalent of a 20-foot shipping container.

Newsome said the spring is seasonally strong for the port and container trade was unexpectedly strong globally in the first quarter of this year. He does not expect record volumes to continue into May.

Newsome said he believe the port will hit its “very aggressive” fiscal 2017 plan by the end of June. The port projected last year to see 6% growth in pier containers, or box volume, with about 1.175 million pier containers coming through the port in fiscal 2017.

Ten months into the fiscal year, the port has handled about 1 million pier containers, up 9.1% from the same period last year.

FY17 to date
(July through April)