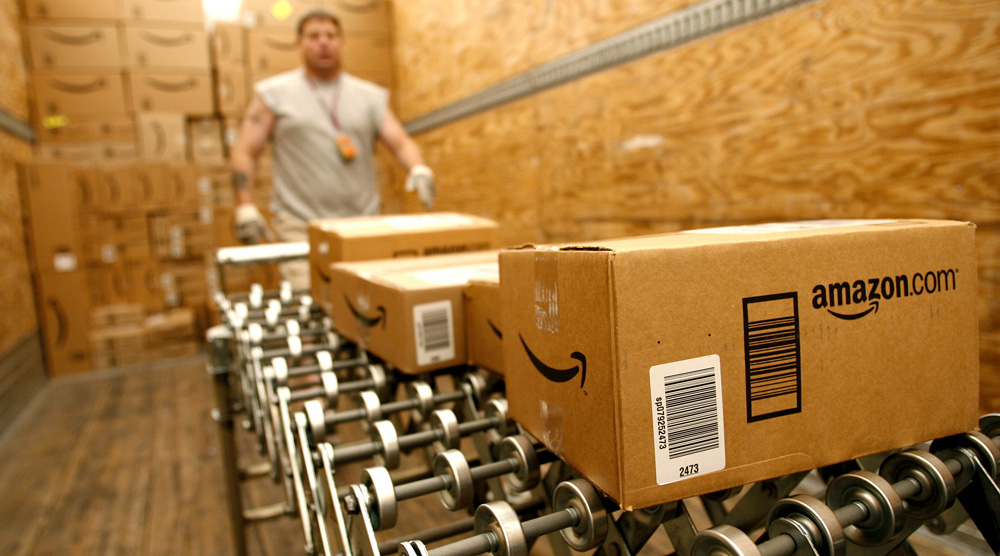 More than 600 logistics companies make an economic impact of nearly $33 billion on the state each year, according to the S.C. Council on Competitiveness’s first study of the industry.

“Logistics is one of the most important industries in our state, because every company relies on it to conduct business,” Dickerson said. 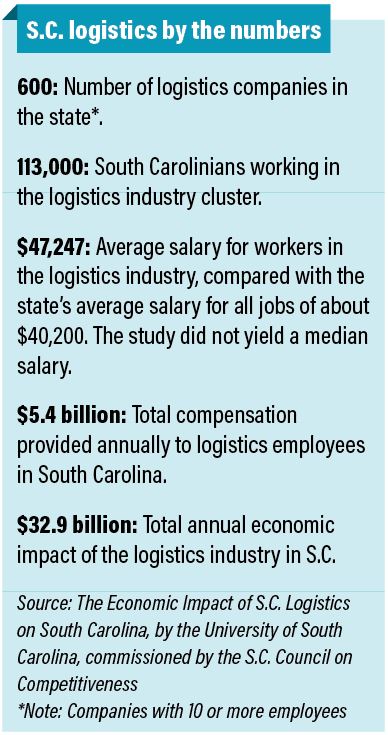 The industry data outline the sector’s areas of strength in South Carolina. Economic development industry groups can highlight those assets to recruit more companies to locate operations in the state.

The study also shows areas in which the state lags. This information can influence new training programs, educational offerings or infrastructure projects needed to support the movement of goods to keep pace with the demands of companies and costumers.

Dickerson said that logistics is a rapidly changing industry and that the state needs to keep pace with shifting demands in workforce and technology if it wants to remain competitive economically.

“We want to be ahead of the curve,” Dickerson said.

Joey Von Nessen, research economist with the University of South Carolina, found that the logistics sector is one of the largest industry clusters in the state.

The research also found that the sector is much larger than state officials and educators previously thought.

The 600 logistics companies in the state include transportation firms, air freight providers and warehouse and distribution centers, among others.

The study went beyond studying only logistics-specific companies to include “embedded functions” — companies’ internal logistics operations, such as Boeing’s DreamLifter program to ferry parts between the North Charleston and Everett, Wash., Dreamliner sites.

The study also included “provider functions,” in which workers transport raw materials or final products from one firm to another, or from a firm to a consumer. A trucking company delivering goods for multiple companies is one such example.

“What we found is that many companies have logistics and supply chain management departments within their operations,” Von Nessen said. “And we have direct logistics firms operating in almost every county in the state. So, seen collectively, there are over 113,000 South Carolinians working in the logistics industry cluster.”

Advanced manufacturing — the state’s fastest-growing industry since 2010 — relies on logistics at twice the rate of other S.C. businesses, the study said.

Manufacturers rely on logistics companies to move raw materials, supplier parts and finished products into and out of the state, including to and from global markets through the Port of Charleston.

“It’s very clear that without a strong and stable logistics cluster in the state, advanced manufacturing would not be able to achieve the level of economic growth that it has,” Von Nessen said.

The S.C. State Ports Authority, which connects South Carolina with global markets, is in the midst of investing $2 billion to deepen Charleston Harbor; to expand its statewide presence with a second inland port; to build a new container terminal in North Charleston; and to improve an existing terminal in Mount Pleasant to support the movement of goods.

Dickerson said the council wants to use the study findings to grow the logistics cluster by recruiting new companies and supporting existing ones.

The state’s economic growth is driving  demand for new logistics technologies, as well as for a steady stream of logistics workers. The council said that it plans to further study the sector to determine gaps in the state’s educational offerings; it might make recommendations to improve the workforce pipeline.

“From here we will build on the early momentum by continuing to identify opportunities to grow this industry sector to support the state’s economic health,” said council CEO Sue Ann Shannon.

This story originally appeared in the Dec. 12, 2017, print edition of the Charleston Regional Business Journal.

Why so many logistics in one article ? Gets kind of aggravating saying logistics every 10 seconds