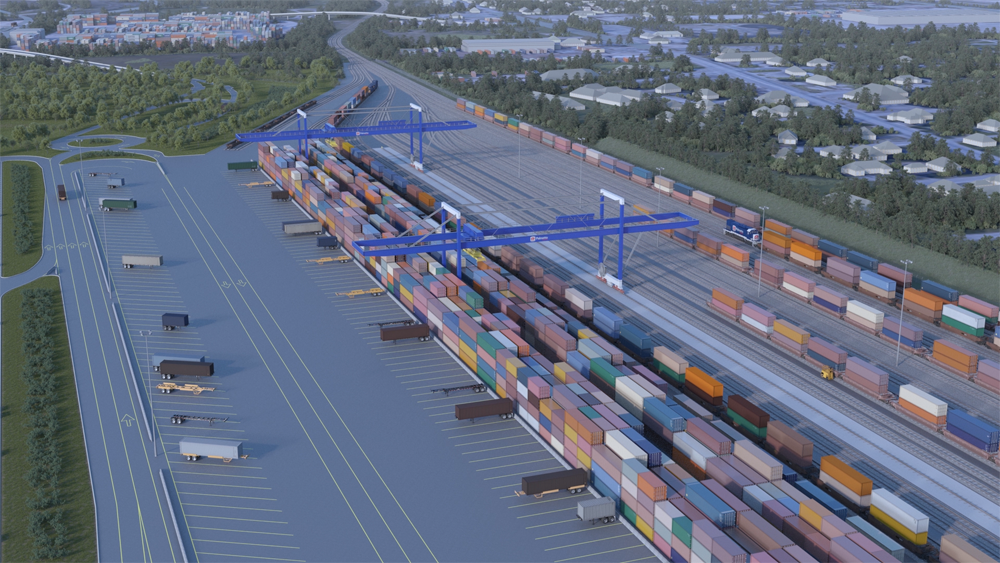 A state-led effort to build a 118-acre intermodal cargo facility in North Charleston is moving forward after the project received regulatory approval from the Army Corps of Engineers.

The Navy Base Intermodal Facility will be built near the corner of Spruill and McMillan avenues on the former Navy Base. The project has been in the works for years by Palmetto Railways, a Charleston-based arm of the S.C. Commerce Department that handles short-line railroad projects related to economic development.

The corps approved [.pdf] Palmetto Railways’ proposal to build the logistics operation after assessing potential environmental and community impacts. This approval greenlights Palmetto Railways to move forward on securing project funding and building the facility. Construction is set to begin next year.

The intermodal facility is designed to move containers carrying cargo between trains, trucks and containerships. Ships will dock at the S.C. Ports Authority’s Hugh K. Leatherman Sr. Terminal, which is under construction about a mile away along the Cooper River.

State officials champion the project as a necessary step to grow commerce, including having the capacity to efficiently move goods across the state and handle import and export growth.

Many residents in the area have said they are worried about property devaluation, resident displacement, and noise and congestion that come with living near a rail-served industrial site.

The proposal involves construction of the intermodal terminal, as well as rerouting of some roads, building a new road for truck drivers and adding onto existing rail lines to connect to established routes.

Rail lines from Norfolk Southern Railway and CSX would feed into the site, and new roads would connect the site to Interstate 26 and the future Leatherman terminal.

Planners hope the Leatherman terminal and the intermodal facility will open around the same time, possibly by 2020 or 2021.