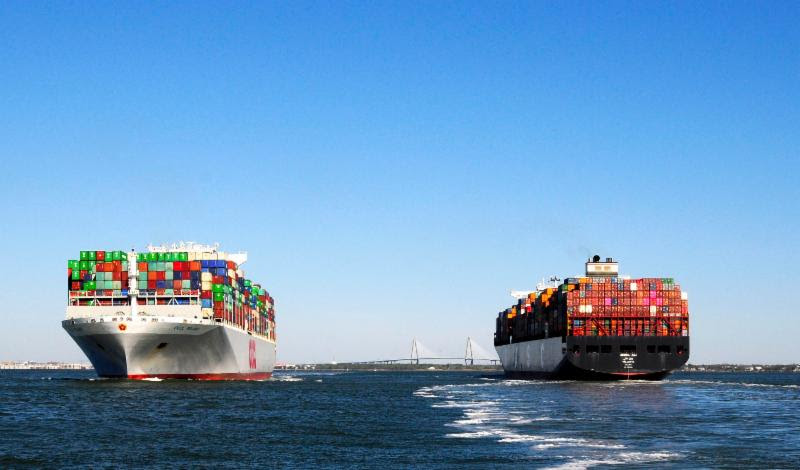 The S.C. Ports Authority has been allocated $41.1 million in federal funds to continue dredging work in the Charleston Harbor deepening project, which will yield the deepest harbor on the East Coast.

The Army Corps of Engineers set the money aside in its Fiscal Year 19 Work Plan. The next opportunity for funding will be through President Donald Trump’s budget in the first quarter of 2019.

The S.C. Ports Authority is in the midst of deepening Charleston Harbor from 45 feet to 52 feet. Port CEO Jim Newsome has said an additional 7-foot depth will give the Port of Charleston a competitive advantage to attract and handle the bigger ships being deployed by ocean carriers. Federal funding is crucial to completing the project by 2021, Newsome has said.

The overall cost of deepening the harbor and surrounding Wando and Cooper river channels is currently $558 million, according to the ports authority. The federal government and the state share the cost.

This latest allocation brings the federal funding total to $108 million, all of which has come from the Army Corps’ work plans. The project has not yet received money from the president’s budget.

The state has funded $350 million of the project thus far — $300 million set aside in 2012 and $50 million from a loan this year to keep the project on track while waiting for federal money. Port officials expect to use future federal funding to complete the project and reimburse the state for additional spending.

Project construction began in February, and the first three contracts have been awarded. The entrance channel is being deepened to 54 feet.

The next contract — expected to be awarded by the end of the year — will deepen the harbor and a stretch of the Wando River up to the Wando Welch Terminal in Mount Pleasant to 52 feet.

In a news release, port board members thanked the S.C. congressional delegation, Gov. Henry McMaster and the Trump administration for working to ensure the project was included in the Corps’ work plan. U.S. Sens. Lindsey Graham and Tim Scott said in a statement that they will continue advocating for funding.

McMaster stressed the importance of the project: “The Charleston Harbor becoming the deepest on the East Coast will one day be seen as one of the most impactful moments in South Carolina’s prosperous economic future.”

It's really sad to see all this money being spent on a channel that NO vessel will arrive totally laden and needing that much draft. And what makes it worse is totally ignoring the Port of Georgetown channel that once handled up to 1.8 million net tons annually and was responsible for generating over 300 jobs and now it's all in ruins. David Schronce Executive Director Breakbull Cargo Port of Georgetown, Port Royal & Veterans Terminal Retired: