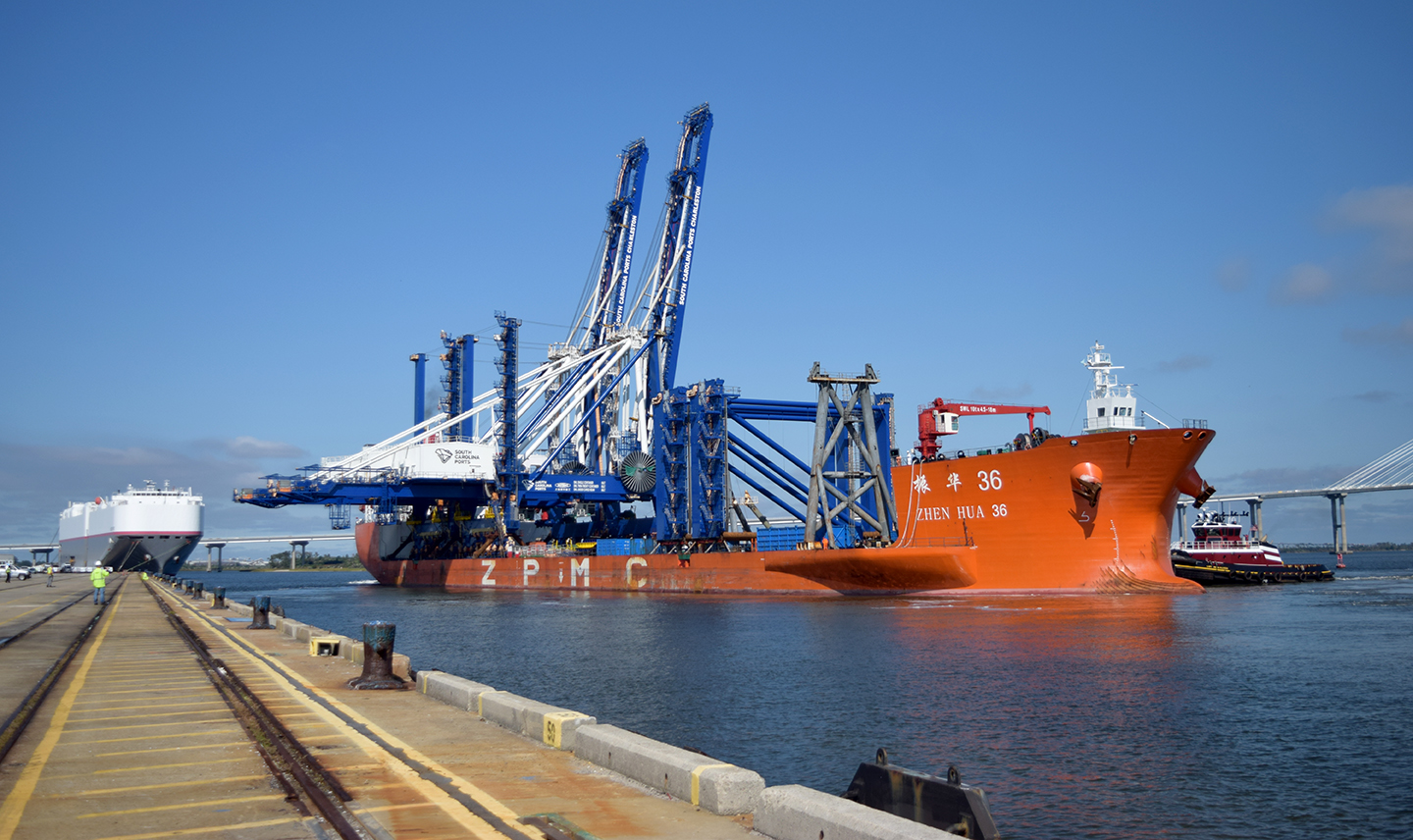 With a lift height of 169 feet — in comparison to the Wando Terminal’s cranes at 155 feet — the crane are some of the tallest on the East Coast. They have an additional outreach of 228 feet — or 26 containers wide — that enables them to work the largest container ships that will call on the port once the Charleston Harbor deepening project is complete. 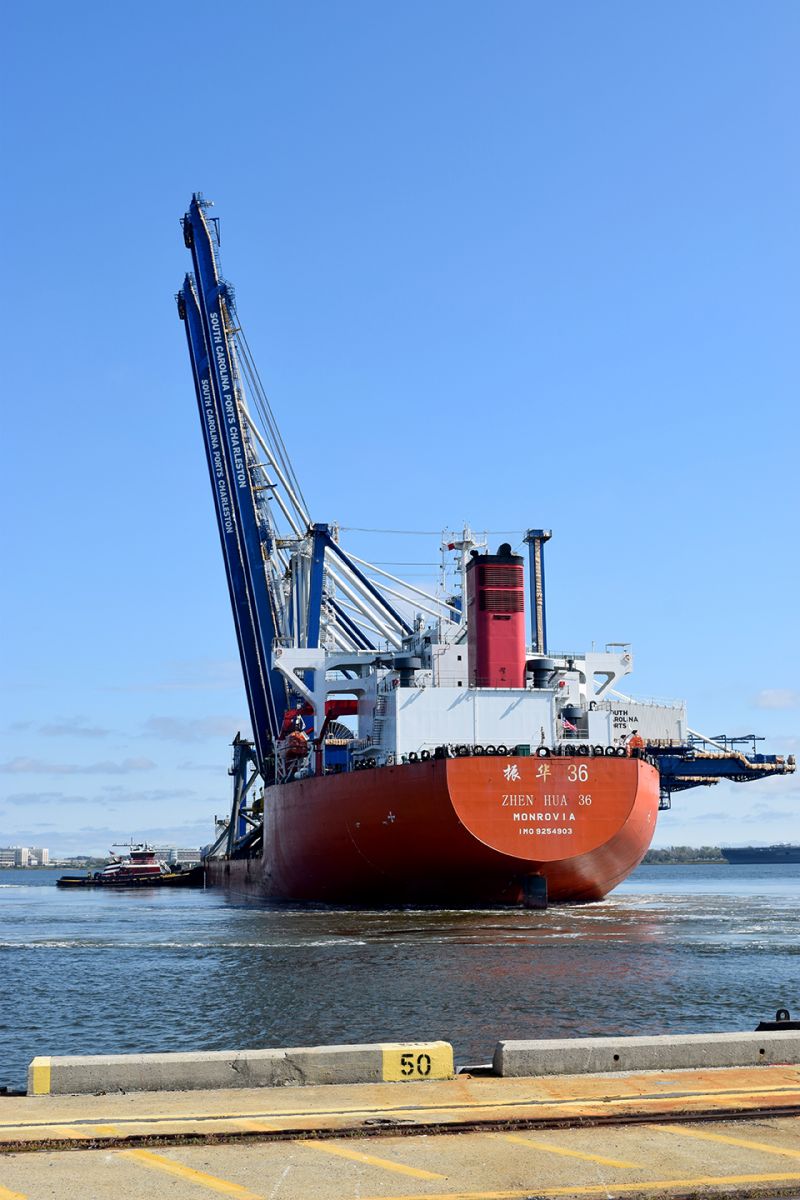 Zhen Hua 24, which is carrying a second shipment of three additional cranes and four hybrid rubber-tired gantry cranes, is expected to arrive Nov. 3.

“We are thrilled to see the amazing progress happening at the Leatherman Terminal every day,” S.C. Ports COO Barbara Melvin said. “The arrival of our new ship-to-shore cranes highlights that our terminal is inching closer to its March opening. Our S.C. Ports engineering team, our great partnership with ZPMC, and the unmatched collaboration with our project partners have made this possible.”

At the port’s September board meeting, Walter Lagarenne, the SCPA’s director of engineering and permitting, said that Phase I of the 286-acre Leatherman Terminal is on track for a March opening, and that everything in place for the cranes’ arrival.

They will stand on the terminal’s new 1,400-foot wharf and will be used to lift cargo containers onto the port side of the waterfront.

Melvin said the SCPA was very diligent in planning the cranes, including the manufacturer, the right sizes and ensuring the cranes could fit under the Ravenel Bridge.

“We researched what to order and looked around the world at who served the ports that had the largest containerships,” she said.

ZPMC currently makes up more than 70% of the global market for port equipment. More than 250 ports in 97 countries use its cranes and machinery, the company said.

Ed Stehmeyer, project manager at SCPA, said that two ZMPC crews will be working on two cranes at once for a goal of three to four cranes up and running by the terminal’s March opening.

For the next two days, the cranes will remain at Columbus Street Terminal while ZMPC crews will remove the sea fastenings and lower the booms to allow it to fit under the Arthur Ravenel Jr. Bridge.

The ship, which is repurposed from an old bulk liquid vessel, Stehmeyer said, will then continue on up the Cooper River to the Leatherman Terminal where ZPMC will offload the cranes and re-assemble them over the next four to five months.

Once everything arrives to the wharf, Stehmeyer said the SCPA will then be involved in the day-to-day aspects of installing the cranes, which had their electrical connections cut and were lowered to make the trip overseas.

“We’ll then get in the operator’s seat and start testing,” he said.

Following its completion, Phase I of the new terminal will add 700,000 TEUs of annual throughput capacity to South Carolina’s port system. The terminal is expected to double the system’s current capacity of 2.4 million TEUs after all phases are complete.

“The terminal and these cranes are setting us up for what we have demand-wise now, but also for five to 10 years down the line,” Stehmeyer said.