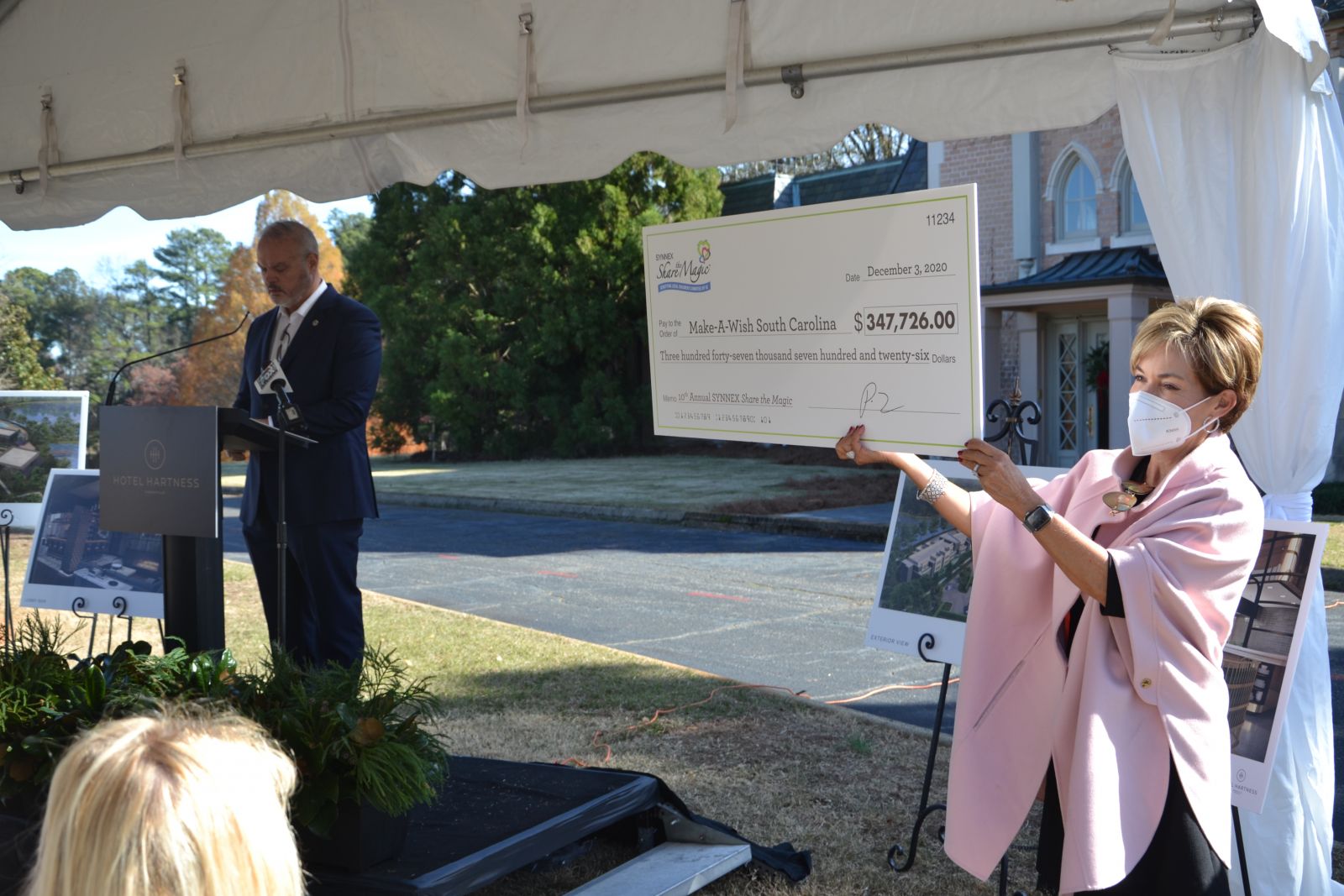 Synnex Share the Magic became the first organization to hold an event at Hotel Hartness on Thursday, announcing $1.4 million in charitable distributions just moments after ground was broken on the hotel and restaurants that soon will become the focal point of the Hartness development.

Synnex Share the Magic is the charitable fundraising initiative for Synnex Corp.

Peter Larocque, president of North American Technology Solutions for Synnex Corp., said the pandemic caused the organization’s annual gala to take place online, which may have hurt fundraising some, although they did come close to their $2 million goal.

“To say this last year has been a challenge is an understatement,” he said. “And when we started the year, we were thinking that we were going to raise $2 million and we were very optimistic … but the pandemic hit in March and that’s when we start our fundraising activities.”

“The better news is we’re going to have bigger checks because the costs were less,” said Larocque, founder of Synnex Share the Magic.

The $1.4 million distributed was the largest in the initiative’s 10 years of giving to charitable organizations that support children. Synnex Share the Magic has raised $14 million since 2011, Larocque said. 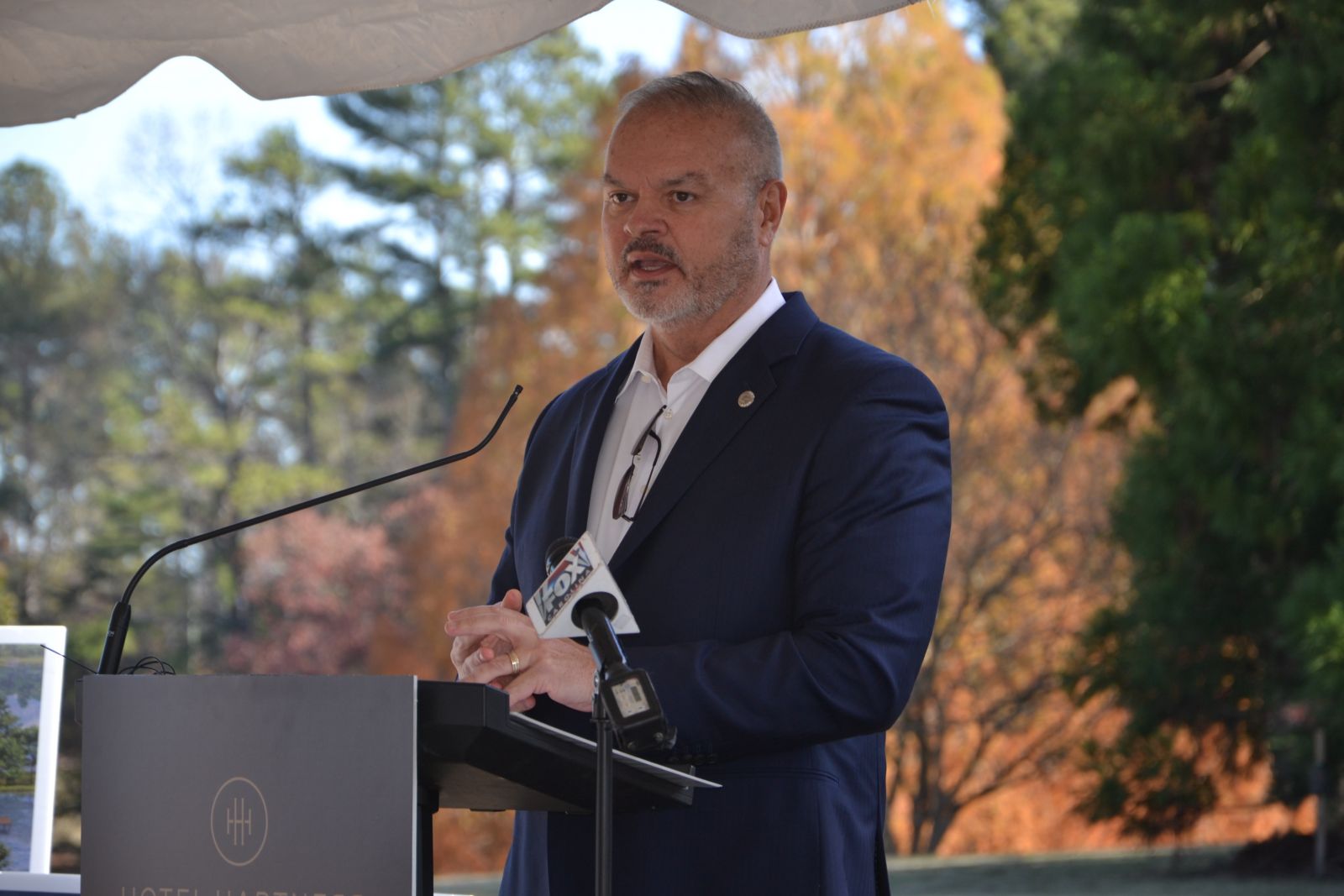 He announced that the 2021 Synnex Share the Magic gala will take place at the Hartness estate on Oct. 9. By then, construction on Hotel Hartness is expected to be underway. (Read more about Hotel Hartness plans in the Dec. 14 issue of GSA Business Report.)  Hartness Development CEO Sean Hartness said it is an appropriate place for the event  because his family has opened the property for years to charitable causes — including The Beach Ball and Bi-Lo Charity Classic — and Hotel Hartness will rededicate the property for community events.

“Giving back to the community has always been very important to our family, and we really enjoyed opening up this property to host some of Greenville’s best events in the past,” Hartness said in a news release. “We are ecstatic to be able to do that once again with Synnex Share the Magic. Synnex is not only our neighbor, but a great example of what a corporation with a heart can do for a community, and we are very excited to be able to support their efforts to continue to raise millions for children’s charities in the Upstate.”