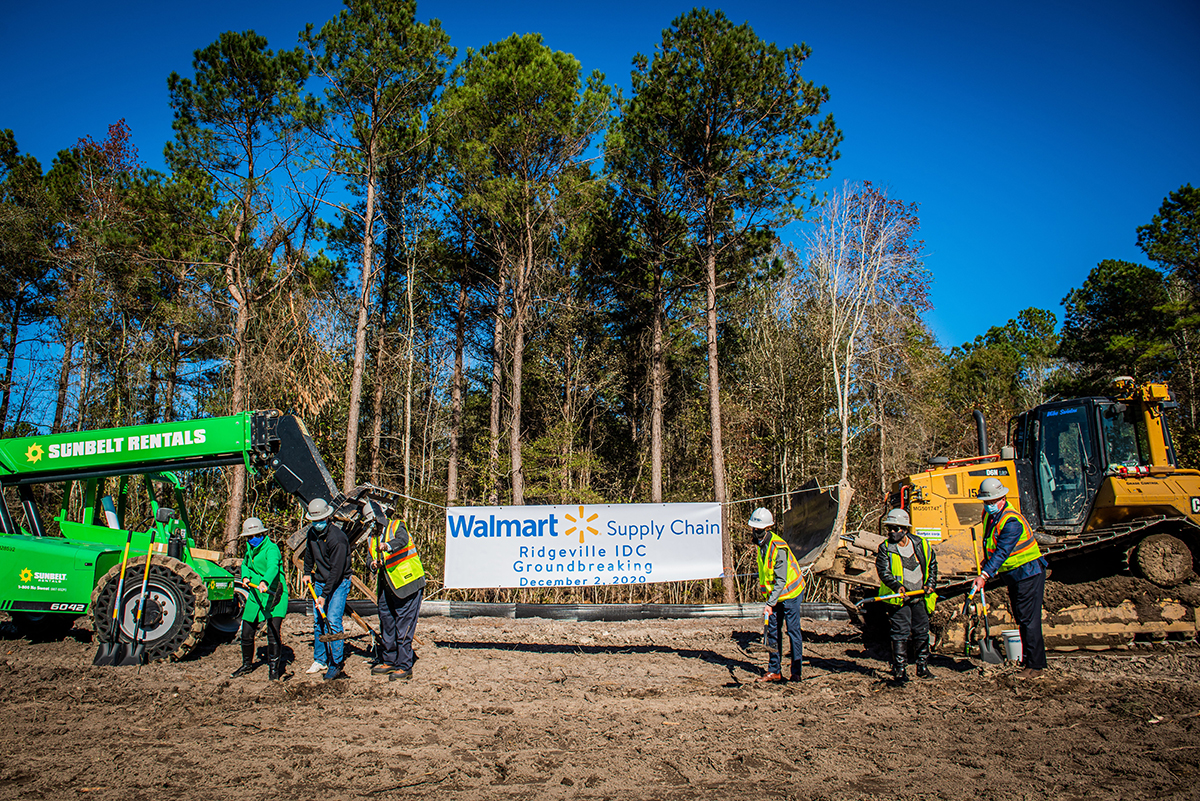 ​The retail supply chain is changing and Walmart is paving the way, S.C. Ports Authority President and CEO Jim Newsome said during a news conference Thursday.

The 3-million square-foot storage and cross-dock facility will be one of Walmart’s largest distribution centers and will play a significant role as SCPA expands its cargo base into retail. 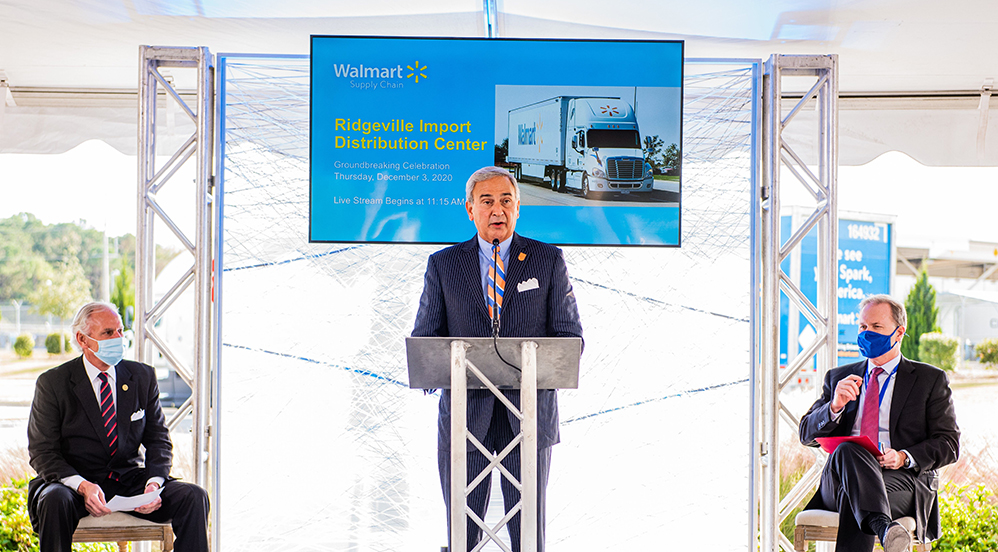 Upon completion, the IDC’s operations are expected to create 1,000 local full-time jobs and increase port volumes by 5%. Construction will take approximately 14 months.

“I would say without equivocation that there’s no more significant day in the history of this port and the supply chain complex in the state of South Carolina than this day when we celebrate the groundbreaking of Walmart IDC 7,” Newsome said. “The reason is very simple: Without a significantly expanding cargo base, none of the significant infrastructure investments that we make are possible.”

While it the IDC will open in phases, once fully functional, it will support six Walmart distribution centers and 850 Walmart and Sam’s Club stores across South Carolina and other Southeastern states.

He called the years-in-the-making project an exemplary partnership for public and private sectors. At Walmart, he oversees all product flow, distribution and fulfillment center operations; domestic and global transportation; and ecommerce replenishment — the latter of which is up nearly 80% year over year.

“We’re very eager to be a part of the economic success of this region and want to come in with competitive job opportunities, but also the opportunity for people to grow their careers and be able to stay for years with Walmart,” Smith said.

The fact that Walmart, the largest retailer in the world and a recognized leader in supply chain innovation and efficiency, recognizes what Ridgeville has to offer is validating for Bennett.

“Walmart is able to help us spread that word even further about the value and opportunities available in Dorchester Country,” he said.

For McMaster, the distribution center represents success and progress. It also emphasizes the role that residents make in attracting business.

“A lot of companies around the world that could go anywhere are coming to the same conclusion because they decide to come to South Carolina to invest hundreds of millions and billions of dollars,” he said.

The IDC’s operations will provide Dorchester Country residents with opportunities to work where they live, rather than exit the community, a significant detail that Bennett said is often overlooked.

“Truly Ridgeville is an example of our investments that are strategic for us and are going to help us win with our customers in the future, to be able to supply customers with products where, when and how they want them,” Smith said.

Supply chains are no longer “one-dimensional,” he said, and Walmart must continue to rise to meet geography, speed, and cost challenges.