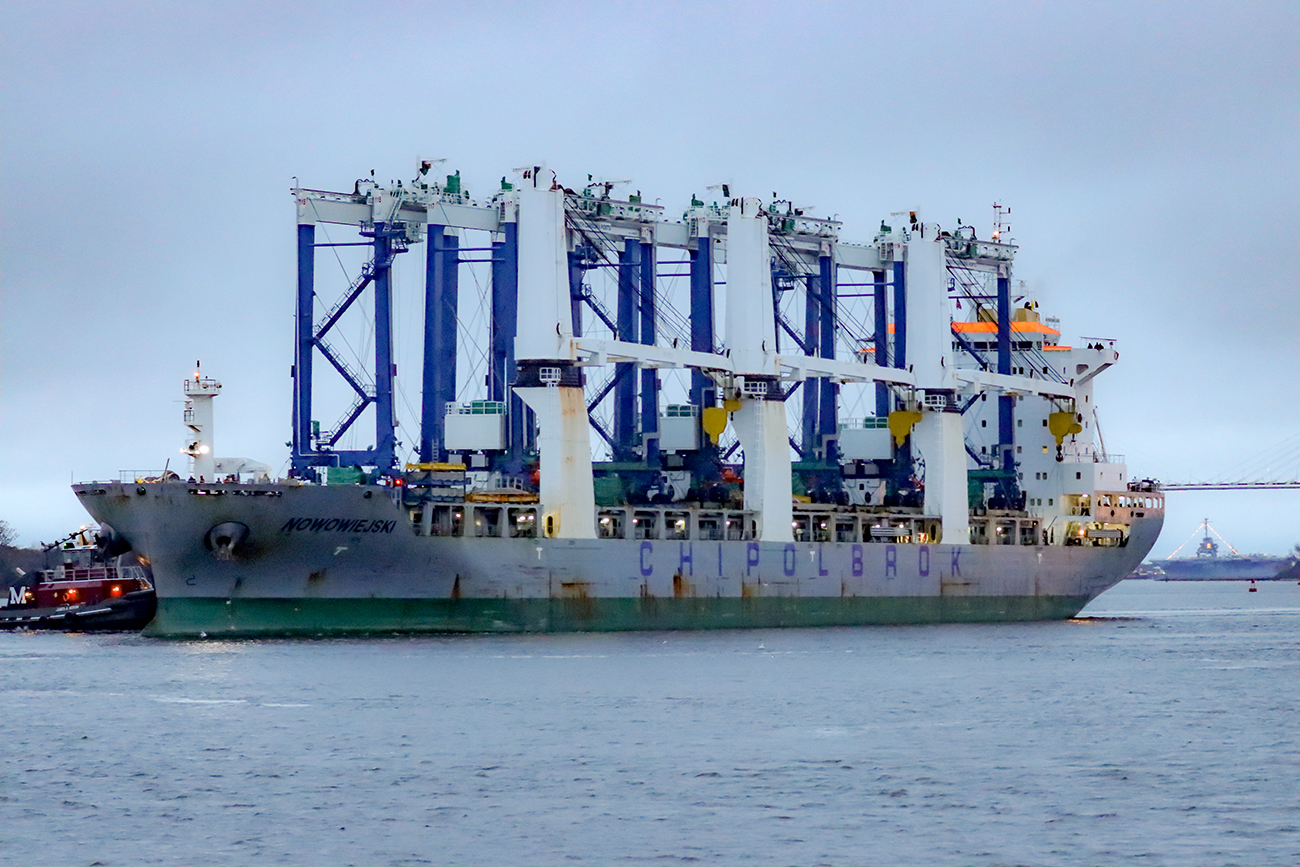 The Hugh K. Leatherman Sr. Terminal is this close to completion now that its final pieces of cargo-handling equipment have arrived.

Early Saturday morning, the S.C. Ports Authority welcomed six hybrid, rubber-tire gantry cranes to the North Charleston container terminal, which is expected to open at the end of March, the SCPA said in a news release.

They will accompany the 19 others already on site, as well as five new ship-to-shore cranes.

“This is a very exciting delivery for S.C. Ports as we now have all the major cargo-handling equipment on the site,” SCPA President and CEO Jim Newsome said. “The Leatherman Terminal’s impressive new equipment will provide efficient, reliable service to our customers.”

The new cranes were fabricated by Shanghai-based manufacturer ZPMC and arrived on the Nowowiejski vessel, which is owned and operated by Chipolbrok. The cranes will be commissioned by the ZPMC USA team before they’re put into service.

The 25 RTGs will play a large part in the 47-acre terminals’ environmental efforts to improve air quality and minimize emissions. They will run on 100% electric battery power, using diesel when batteries must be recharged.

HLT’s Phase I of the three-wharf terminal will add 700,000 TEUs of annual throughput of capacity to the Port of Charleston, and an overall 2.4 million at full build out, doubling the port’s current capacity.

“The Leatherman Terminal can handle more cargo and bigger ships, including a 19,000-TEU vessel,” Newsome said. “Global companies need access to well-run ports with cargo capacity. The Leatherman Terminal will be a significant economic driver for South Carolina, further supporting growth of existing businesses and attracting new investments to the state.”