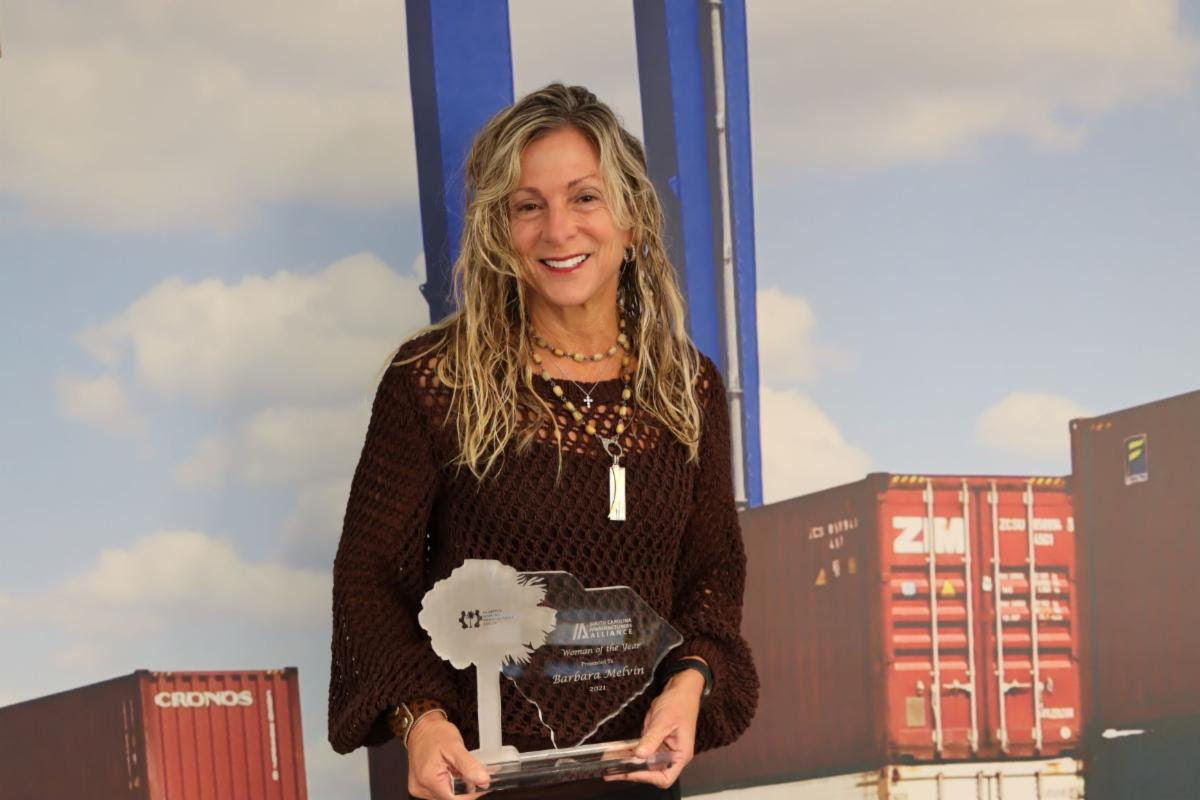 On Friday, she was named the 2021 Woman of the Year by the S.C. Manufacturers Alliance.

One of the only women in the country serving as COO of a port, Melvin said it is one of the most emotional awards of her 23-year career with the ports.

“You can get a lot of awards in life, but to get one from the people who entrust their goods to you, to move them to the global markets or from global markets to South Carolina for manufacturing purposes is really special,” she said.

Melvin was honored at the 3rd annual Palmetto Women’s Manufacturing Forum, hosted by the SCMA. The event recognizes the impact of female leaders in the manufacturing field.

As part of her role, Melvin thinks it’s necessary to encourage more women into these fields, whether transportation, engineering or manufacturing, and assure them they can be successful regardless of gender.

“You can’t be what you don’t see,” she said. “It is important to lift up the next generation by working hard and contributing however you can in your field."

For the past 23 years, Melvin has worked to grow the port and develop crucial infrastructure projects, including the Charleston Harbor Deepening Project and the completion of the Hugh K. Leatherman Terminal — the first U.S. container terminal to be opened since 2009.

Sara Hazzard, president and CEO of SCMA said Melvin’s expertise and support of the industry are “invaluable.”

“Through her critical work with S.C. Ports, she supports manufacturers across all industry sectors throughout our state,” Hazzard said. “Barbara leads with enthusiasm and is dedicated to ensuring the strength of South Carolina’s world class ports system.”

“I am looking forward to the day when there are not awards recognizing women in their field because it will no longer be notable, but rather there will be awards that recognize women purely for their work and contributions,” Melvin said.