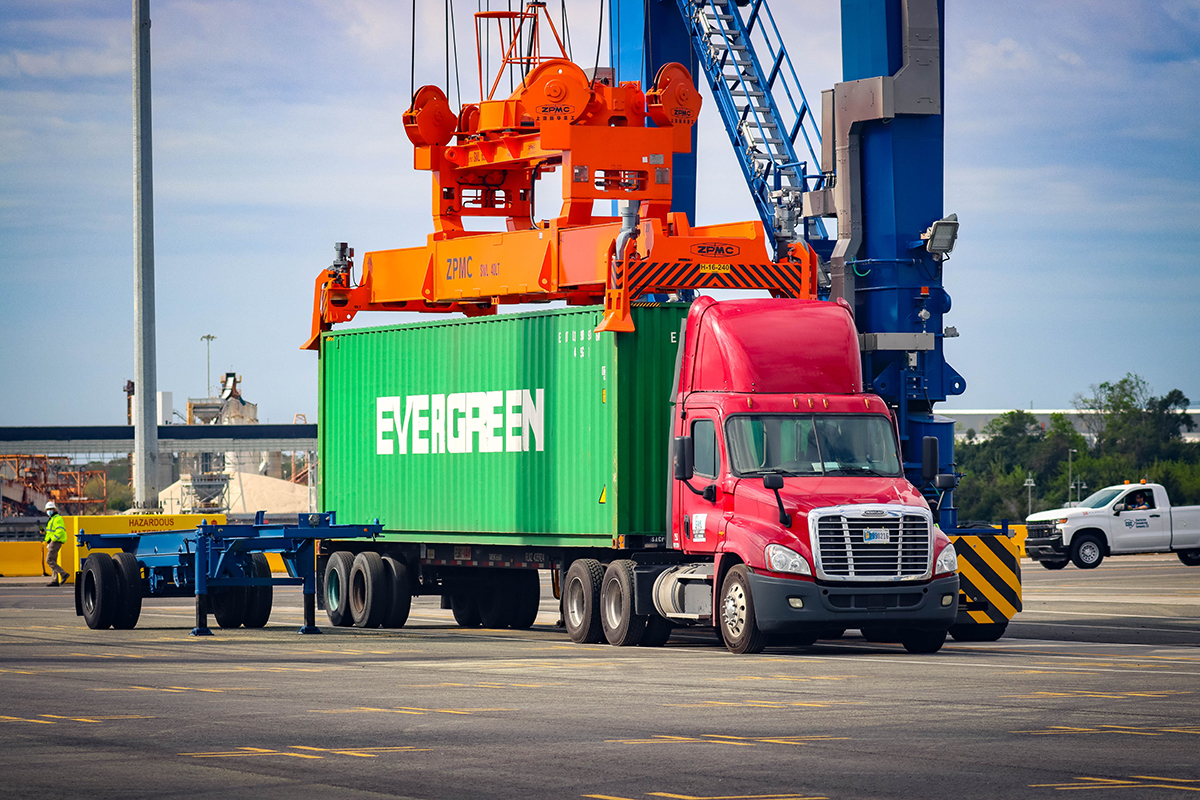 The container is one of many firsts the HLT will see in the coming weeks. The cargo was for BMW Manufacturing and arrived from Inland Port Greer.

“It gives our entire team and project partners tremendous pride to open the first container terminal in the U.S. since 2009,” he said. “Phase I of the Leatherman Terminal will add 700,000 TEUs of throughput capacity and an additional berth to the Port of Charleston, providing capacity and fluidity at a time it is sorely needed on the East Coast amid global shipping disruptions.”

The terminal is still wrapping up Phase I completion and isn’t scheduled to welcome ships until April.

A series of firsts at #SCPorts Leatherman Terminal! The 1st container, which is for @BMWUSA, arrived at #HLT from Inland Port Greer. Corinthian Brown of C&K Trucking picked it up at the @nscorp rail-yard. RTG operator Michael Blas placed it in the container yard. #TomorrowIsHere pic.twitter.com/q3IkFRvkSq