Marco Polo has made another epic voyage.

The CMA CGM Marco Polo has set an East Coast and Canadian big ship record as the largest containership to traverse the coast. 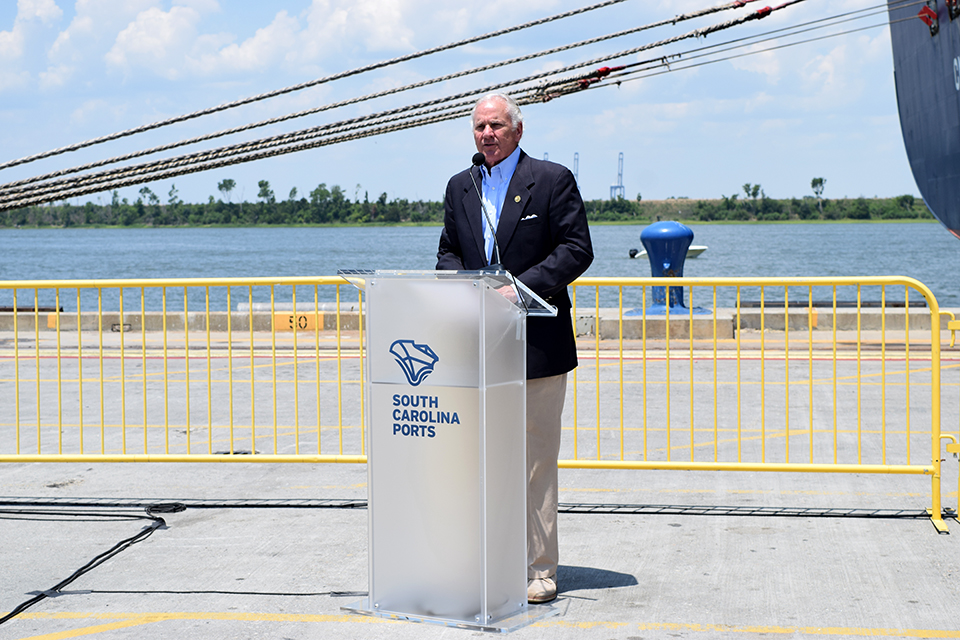 “The S.C. Ports Authority has made South Carolina proud by transforming Charleston into a world-class port that attracts world-class investment and can now accommodate the largest containerships in the world,” McMaster said.

The governor added that he looks forward to breaking even more records as more ships arrive in Charleston, reaching up to 20,000 TEUS — the max capability that can sail under the Ravenel Bridge and be handled by the SCPA.

The ship’s arrival in Charleston is yet another great example that South Carolina is open for business, Mace said.

“South Carolina is a world-class industrial hub, and the Port of Charleston generates over $65 billion a year while supporting one out of every 10 jobs in our state,” she said. “The arrival of Marco Polo is a powerful reminder of just how important the port is to South Carolina’s economy, and how important South Carolinians are to the global economy.”

The Port of Charleston was the last U.S. port of call for the Marco Polo before it headed overseas, but the stop was also the only place Aldridge called upon personally.

“The big-ship records we have set this week and the resulting increase in capacity are tangible proof of CMA CGM’s willingness to do whatever it takes to serve our customers,” Aldridge said. “Of course, this would not be possible without the support of our port partners. S.C. Ports’ recent infrastructure enhancements and the deepening of the Charleston Harbor are the type of investments that enable us to deliver the solutions that keep America moving.”

The CMA CGM Marco Polo arrives less than a year after the formerly record-breaking CMA CGM Brazil. The containership that carried 15,072 TEUs called on the Port of Charleston in September.

SCPA COO Barbara Melvin said in a statement that the ship’s arrival has created a source of pride for the maritime community.

“The arrival of this record-breaking vessel highlights the importance of our infrastructure projects, which require great foresight and significant investment to deliver the capacity and capabilities our customers require,” she said. “Our efforts ensure South Carolina remains a top 10 U.S. container port, in support of South Carolina’s economy.”