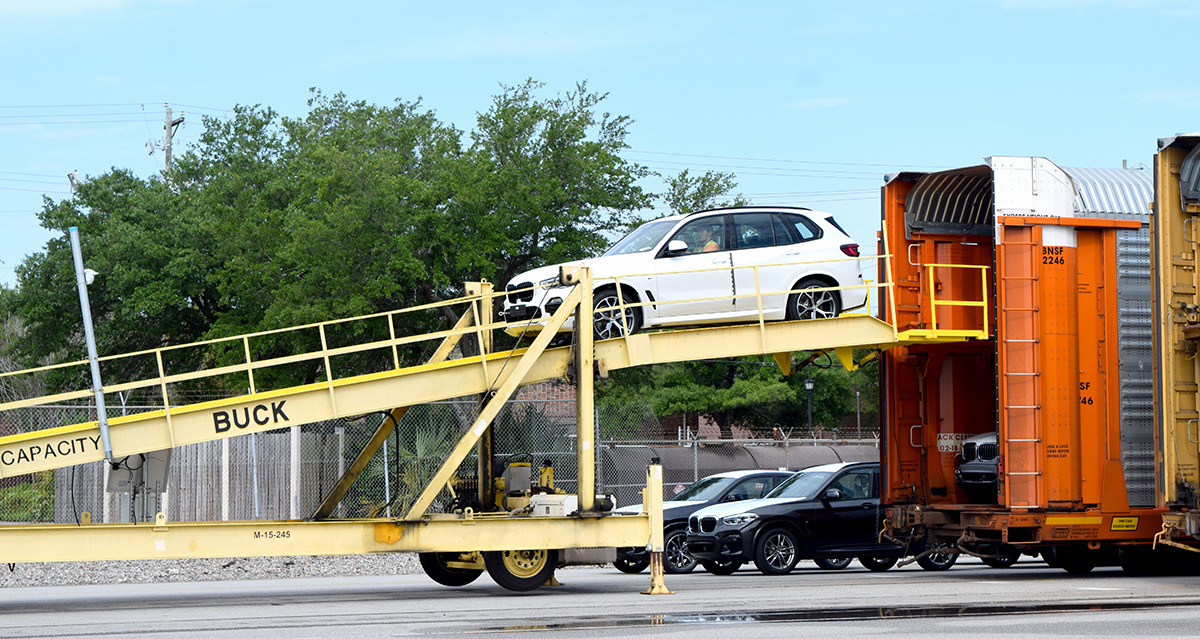 Third time’s a charm for the S.C. Ports Authority as the state agency recorded its third consecutive month of record volumes.

The SCPA reported the strongest May container volume ever with a 36% increase year-over year and an 818% growth in port vehicles handled. While May 2020 in comparison had low volumes as a result of the pandemic and automotive shutdowns, the continued rise in volume shows a consistent rebound in the Southeast market, the SCPA said in a news release.

“The Port of Charleston saw strong container volumes in May as our efficient operations continue to support the retail boom,” SCPA President and CEO Jim Newsome said. “S.C. Ports also welcomed the CMA CGM Marco Polo in May, marking the largest container ship to ever call the East Coast and signifying the importance of our ongoing infrastructure investments.”

A total of 21,280 vehicles were rolled across the Columbus Street Terminal docks last month, a significant jump from this time last year. The SCPA has handled 230,855 vehicles fiscal-year-to-date.

Over the course of the month, the SCPA moved 230,870 TEUs — an industry measurement equivalent to a 20-foot container — across Wando Welch Terminal, North Charleston Terminal and Hugh K. Leatherman Terminal. To-date, the SCPA has handled 2.32 million TEUs for fiscal year 2021.

The SCPA also handled 128,519 pier containers, which account for cargo boxes of any size, in May. The number represents a 31.2% increase from this time last year. To-date, SCPA has handed 1.20 million pier containers since July 1 — up 5% over the previous fiscal year.