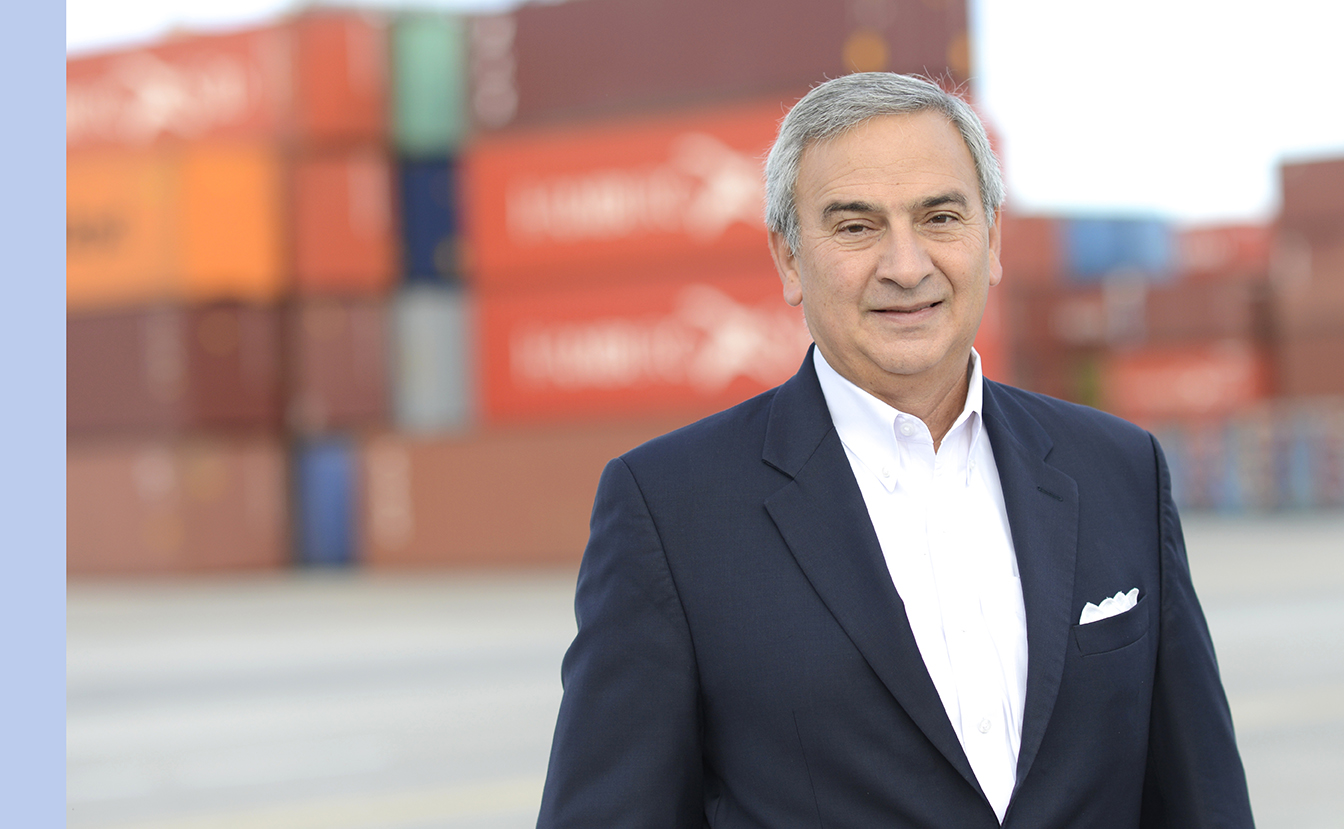 When The Script wrote the lyrics, “Standing in the hall of fame, and the world’s gonna know your name” they weren’t talking about Jim Newsome, president and CEO of the S.C. Ports Authority, but they very well could be.

Newsome was inducted into the International Maritime Hall of Fame in New York City on Oct. 5, in recognition of his career in the maritime industry.

“Jim leads S.C. Ports with great vision, decisiveness and enthusiasm,” S.C. Ports COO Barbara Melvin said. “He encourages his team to lead alongside him and pursue bold ideas to further strategic initiatives for our world-class port. SC Ports has grown immensely under his leadership, leading to significant job creation and economic growth throughout South Carolina.”

Newsome, who has led the SCPA since 2009 and is the longest serving head of a major container port in the U.S., is one of five inductees for 2021, alongside:

Edward Kelly, executive director of the Maritime Association of the Port of New York and New Jersey, said the inductees are all leaders in the industry who represent a wide array of the global shipping industry.

“They have won the respect of the international shipping community based on their successes and professionalism and are much deserving of this distinguished honor,” Kelly said at the ceremony.

Throughout his time with the SCPA, Newsome has enhanced port operations and grown the port’s cargo base with strategic investments, resulting in cargo volumes doubling in a decade. He has also worked to maintain Port of Charleston’s global competitiveness as a top 10 U.S. container port.

The Port of Charleston has also seen major infrastructure improvements with the Charleston Harbor Deepening Project and the opening of the Hugh K. Leatherman Terminal, South Carolina’s first container terminal in more than a decade. The new terminal will increase capacity for the port at a time when the supply chain is most in need of relief.

“Jim’s impressive career in the maritime industry spans his time in container shipping and more than 12 years as CEO of SC Ports,” S.C. Ports Board Chairman Bill Stern said. “Jim has dedicated his time and talents to ensuring that SC Ports continues to grow above the market. He has truly made a significant and lasting impact on South Carolina’s economy and supply chain. We all benefit greatly from his leadership.”