Berkeley County School District fired longtime CFO Brantley Thomas on Tuesday after learning he is under investigation for criminal misconduct. 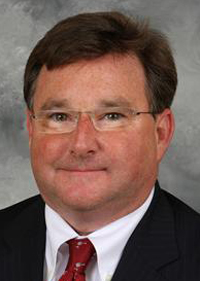 Superintendent Brenda Blackburn, school board Chair Sally Wofford, Vice Chair Mac McQuillin and attorneys for the district met with representatives from Wells Fargo and the FBI on Monday. The district officials were informed of an investigation into alleged criminal misconduct by Thomas, a news release from the district said.

Based on that information, Thomas was terminated, and a review of all the district’s accounts and monetary transactions is underway, “in an effort to identify all fiscal irregularities that may exist,” the news release said.

“We appreciate Wells Fargo and the FBI for promptly bringing this to our attention,” Wofford said in the news release. “We ask the public’s patience as we thoroughly investigate this serious matter and promise to take all appropriate actions.”

Thomas was employed by the district since 1993, the news release said.