Lackey: Businesses should work together on workforce education

The president and CEO of AT&T South Carolina said businesses in the Upstate should continue to work together to advance the region and its workforce.

Speaking at the mid-year meeting of the Upstate SC Alliance, Pamela Lackey said no matter what size the business, collaborating on policy and workforce education is paramount to maintaining the Upstate’s strong economy. 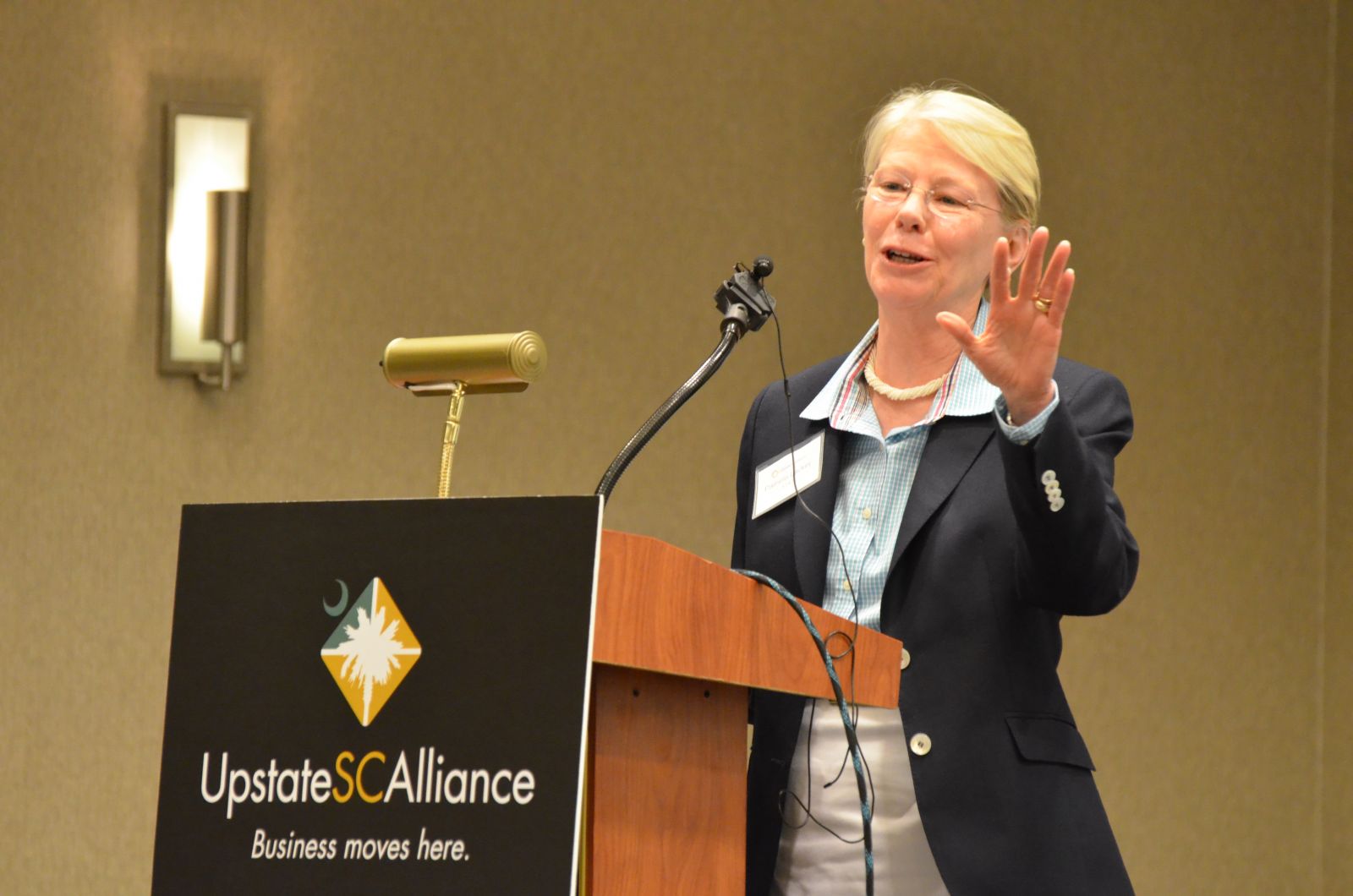 “We have a responsibility, no matter the size of our company, to work together on the education of our workforce,” Lackey said. “Success is the internet age requires 21st-century personal skills.”

Those skills include problem-solving, integrity, perseverance and work ethic.

“Unfortunately, with new employees those softer skills are typically the most lacking and that will lead to those employees not being successful,” Lackey said.

She also said Upstate businesses should come together to inform elected officials about what the business environment in their area is.

“I know, from experience, state and local leaders want to hear from us as businesses,” Lackey said.

So far in 2017, the Upstate SC Alliance has made 154 presentations to potential companies and site development agencies about the Upstate. In the first seven months of the year, there have been 22 requests for information issued to economic development teams in the region.

“We are about on target with other years in terms of presentations we have made,” said John Lummus, president and CEO of the Upstate SC Alliance.

In the first two quarters of the year, 30 companies have announced capital investment and 3,351 new jobs created in the Upstate, according to alliance data.

“Those numbers are down, but they usually ramp up at the end of the year,” Lummus said.

During the mid-year meeting, the Upstate SC Alliance presented Charles Dalton, Blue Ridge Electric Cooperative CEO, with the Spirit of the Upstate Award.

Dalton, who has been CEO of Blue Ridge for 35 years, is planning to retire in January.

“I am so humbled and so honored to have been a part of what we have done here in the Upstate,” Dalton said.

Dalton is only the fourth recipient of the award, which was last presented to current S.C. Secretary of Commerce Bobby Hitt in 2010.

“If there is someone who truly deserves the award, it is Charles Dalton,” Lummus said.

“To be mentioned at the same time as Charles Dalton is a big honor,” Nelson said.