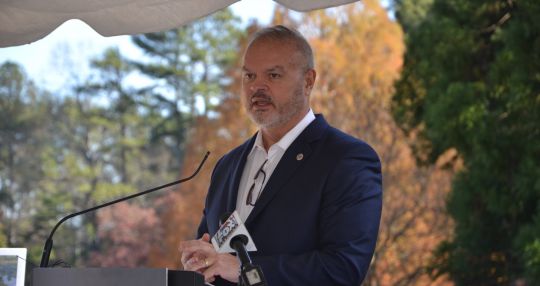 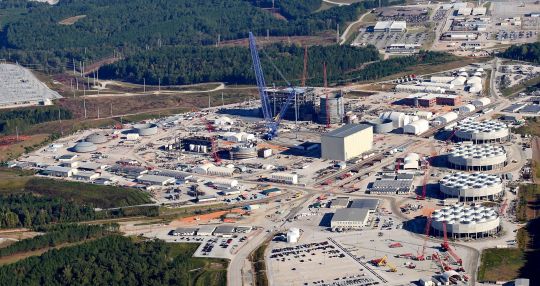 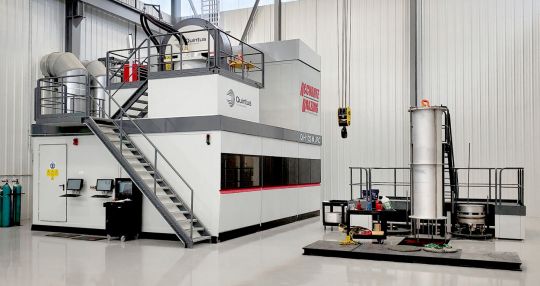 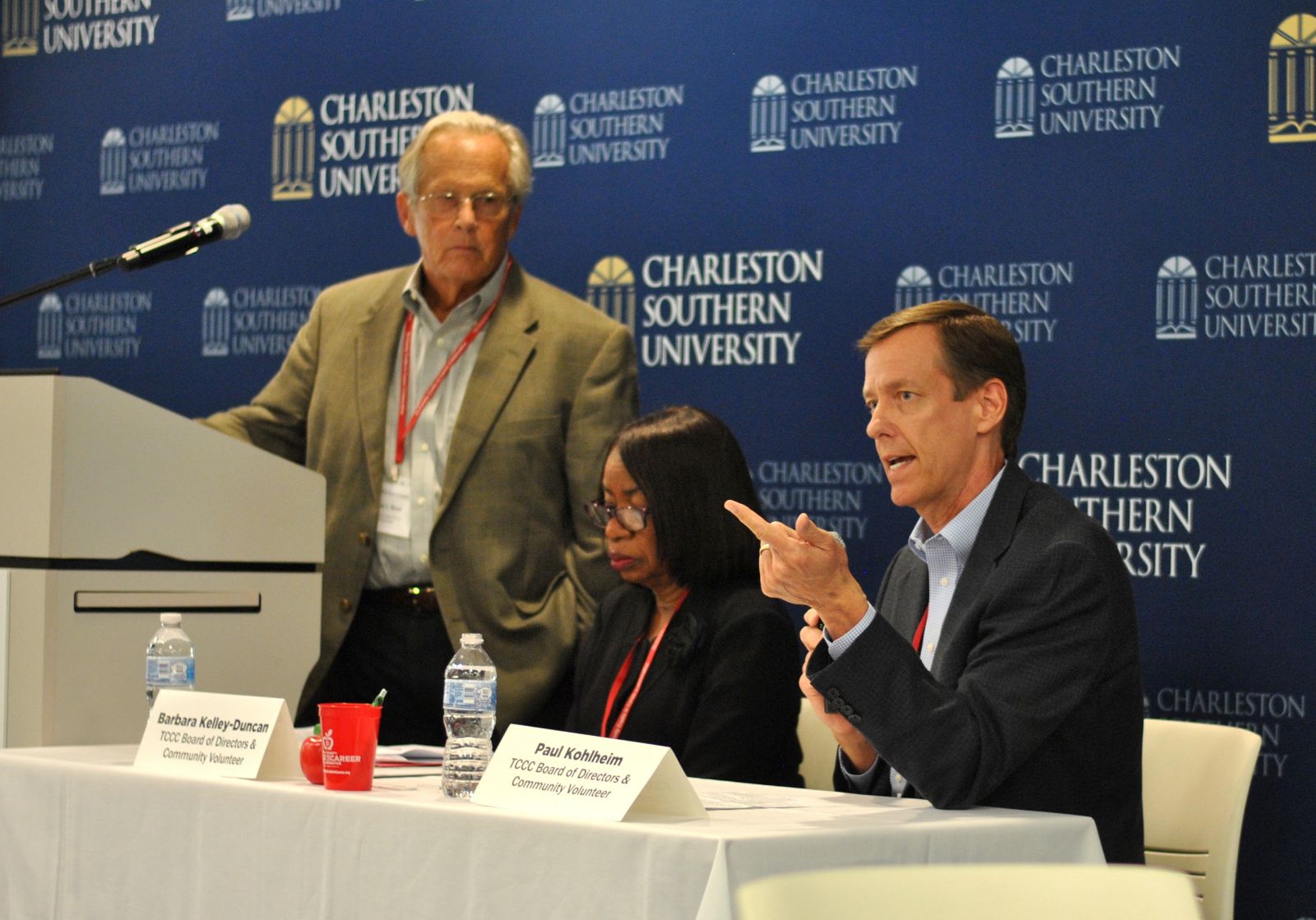 In 2015, the Tri-County Cradle to Career Collaborative put out its first report on the status of education across the Charleston metro, promising to follow up on the report annually to measure the region’s progress in bettering educational outcomes.

“We acknowledge solutions won’t come easily or quickly because the factors influencing student success are vast and varied, but we’re determined to persevere,” Cradle to Career wrote in the initial report.

Earlier this month, the organization released its fourth annual report (.pdf), its thickest and most detailed yet. Colorful charts and graphs still highlight data about where the region’s students stand, but some of the color has been replaced by black lettering, detailing what needs to be done to get the region’s education systems on track.

“This is not the same report that we’ve produced the past three years, nor should it be as we have little progress to report,” said Anita Zucker, chair of the Cradle to Career board, during an event unveiling the Regional Education Report: Chapter 4 – Constructive Disruption.

Most notable in this report is the section titled “Constructive Disruption” — named for the title of the report — that includes suggestions for community advocates to change the way education is delivered.

“This report is ... more than a series of bar charts to establish the facts on readiness, proficiency, attainment and to tell stories about bright spots,” Cradle to Career CEO John Read said. “It is about systems ... and the need to disrupt the status quo.” 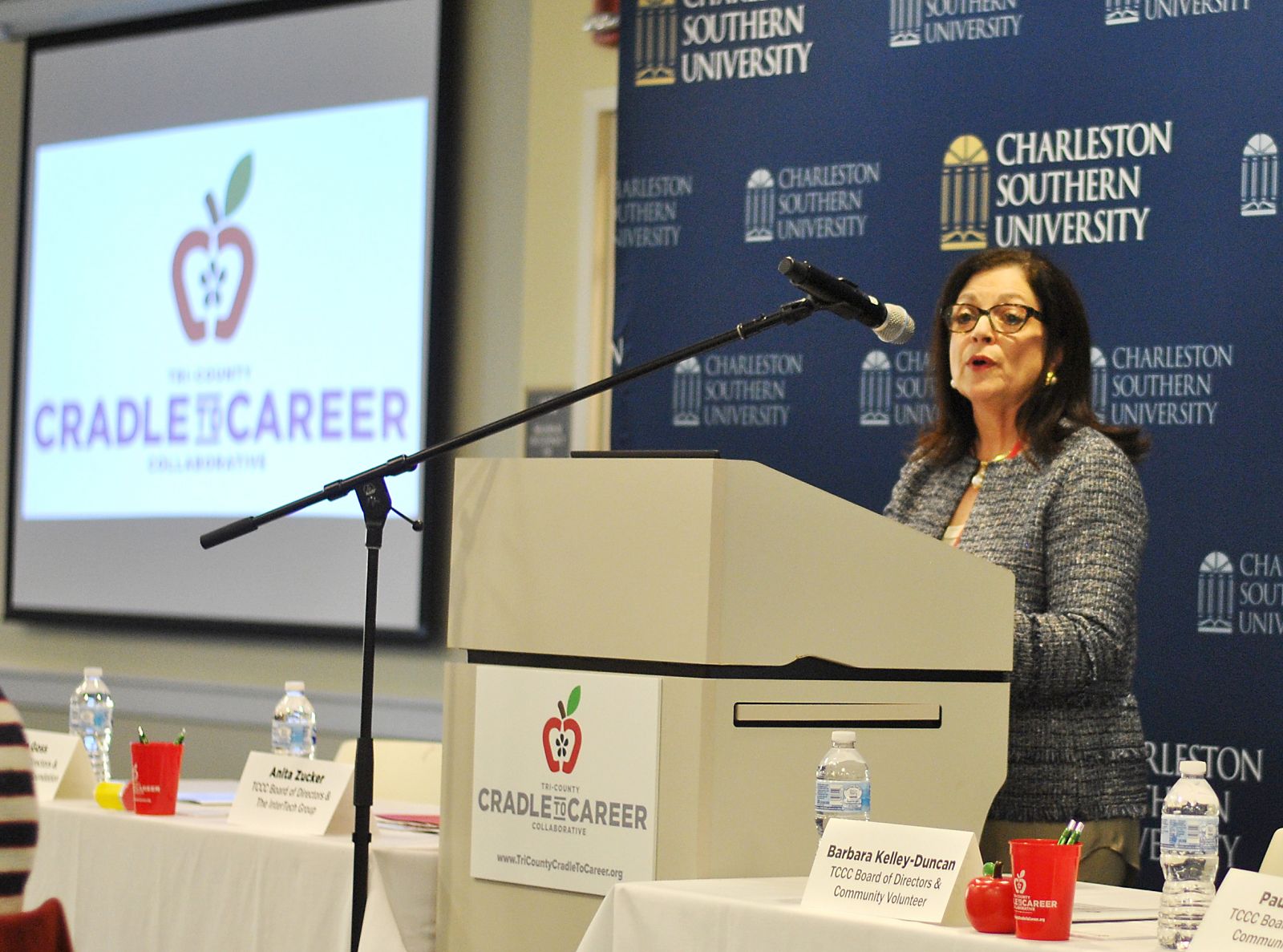 Read and Zucker both said the data show that public education in the region is failing substantial numbers of children, especially low-income, black and Hispanic students.

Third-graders and eighth-graders are used as benchmarks because students take statewide tests in those grades; but Sarah Piwinski, director of data management and analysis for Cradle to Career, said the tests outline trends and don’t paint a holistic picture of what’s going on.

Zucker said the region is dealing with system failure.

“If the responsibility lies with anyone, it lies with those of us in this room who are in the business community, civic and community leaders in this region,” she said. “So really the system’s failure is something that belongs to all of us, and we all need to be held accountable. Our entire region shares the responsibility for making sure that every child succeeds.”

Read said civic and business leaders have thus far remained largely silent about the failure of public education because it’s easier for them to claim that education is someone else’s responsibility, such as superintendents and school boards — especially because the “third-rail issues” of poverty and race underlie public education woes. About 20% of children ages 0 to 18 in the Lowcountry live in poverty, and about 50% of students in tri-county schools are black or Hispanic.

“This is a trend that’s occurring in all schools, not just those that are considered rural or troubled or challenging schools,” Piwinski said. “It’s something that we’re seeing across all schools and truly to close that ... gap, we need to acknowledge and change the system that perpetuates equal treatment for children in unequal situations.”

Read said the community needs to put pressure on the region’s public education system to change.

“We believe ... that change is impossible unless it is demanded by parents and congregations, by civic, business and community leaders in this room who have remained silent,” he said. “Our community must become advocates for world-class principals leading excellent teachers setting high expectations for kids.”

The Cradle to Career report outlines targets for improving educational attainment of students, with a goal of 85% of students reaching grade-level reading and math proficiency in third grade and eighth grade by 2025.

“These targets are not set at 100%,” Piwinski said. “We want to make sure that these are achievable and something for us to work towards because we do have some progress to make.”

“In our local economy, having a two- or four-year degree is increasing in value, yet we’re seeing many barriers still exist for students, such as readiness ... access, as well as cost,” she said, adding, “There needs to be a coordination, or a better coordination, between our high schools and our postsecondary institutions so that coordination ensures and makes the difference of students graduating versus attending for a semester or two and dropping out.”

Piwinski said half of the region’s children are entering kindergarten unready, and “It really kind of sets the stage for what’s happening ... across our region.”

To help increase kindergarten readiness, Cradle to Career is embarking on a new program through its Kindergarten Readiness Network called Family Connects.

Zucker said Family Connects would provide a nurse home visit for every baby born in the tri-county region. The nurses would be able to provide parents with a developmental diagnosis of their child, and help parents find assistance and resources to help with their child’s development that they otherwise may not have access to or know about.

“This is an opportunity, in my opinion, to give every baby the beginning that they need,” Zucker said. “It’s about starting ahead and staying ahead.”
She said the goal is to start Family Connects this summer, if $500,000 can be raised to get the program off the ground.

“We need to have the ability to assess every baby that’s born because even an affluent family has issues with babies. They don’t all know what to do,” Zucker said. “All our babies need a chance — poor, rich, whatever you are, black, Hispanic, white. Every baby deserves the chance, and I am not going to be quiet until we get help.”

State Rep. Katie Arrington, R-Summerville, said the idea behind Family Connects is great, but she asked Zucker if service providers would be able to handle the increased demand. Zucker said that she couldn’t answer the question but that she hoped that the system would be ready when Family Connects gets off the ground.

“The agencies are there,” she said. “We need to make sure that they are also funded and prepared to accept.”

Change from the outside

Barbara Kelley-Duncan, a community volunteer and member of the Cradle to Career board of directors, said a major reason public education hasn’t improved is because there hasn’t been a lot done by the community and the education system to improve outcomes for all students.

Kelley-Duncan said simply changing practices at schools and across school systems is insufficient — policies and laws need to be changed. She pointed to the “disturbing schools” law, which says anyone interfering with or disturbing students and teachers “in any way” or “acting in an obnoxious manner” on school property will be charged with a misdemeanor and fined up to $1,000 or placed in jail for up to 90 days.

Read said, “The disrupting schools law has had a disproportionately negative impact on students of color and causes schools to revert to the judicial system rather than deal with the issues at hand. It needs to be changed so as to be a much more balanced approach to support disciplining your children.”

Read also suggested to Arrington and State Sen. Marlon Kimpson, D-Charleston, that the General Assembly work on modifying Act 388, which defines how public education is funded.

Enacted by the S.C. General Assembly in 2006, Act 388 transferred the tax burden for school operating funds from home property taxes to taxes on commercial and other properties, with a penny increase in the sales tax designed to help. The sales tax revenue has been volatile, and critics say the burden has fallen heavily on businesses.

Zucker and Read said the business community needs to advocate for better education in the region.

“We’ve got to find a way to stand up together to demand that the changes that are necessary happen,” Zucker said. “We really need to have changes in our policy, despite whatever came out earlier.”

Read also floated the idea that business owners and entrepreneurs let the community know that if public education doesn’t change, they may leave.
“I think you should in your next opportunity say, ‘unless public education provides me people that I need to run this business, I’m going to take this business someplace else,’ ” he said. “I think business leaders need to speak with what they have.”

Read also said it’s possible that tri-county schools can’t change on their own and that outside groups may need to come in to disrupt public school governance — such as selecting nonprofit operators to run select schools, increasing the number of public-private partnerships or introducing more charter schools to the region.

“We are not yet ready in a position to consider this form of outside-in change,” Read said, adding, however, that “We as a community should be open to the real possibility that things are going to continue as they are despite everybody’s best efforts and some kind of more fundamental disruptive change is going to be necessary.”