Operating since 2014, YEScarolina teaches youth the principles of entrepreneurship and free enterprise. It has helped thousands of students statewide develop business skills and certified more than 1,000 teachers on the subject of entrepreneurship.

Two students from Charleston and Dorchester counties also placed in the annual competition this year.

Any student who has gone through a summer camp or entrepreneurship in a South Carolina high school is eligible to submit a business idea to the contest. As the winner, Broadwell was awarded $3,000 in seed money to launch her business, while the remaining top four contestants vied for a sum of $4,000. 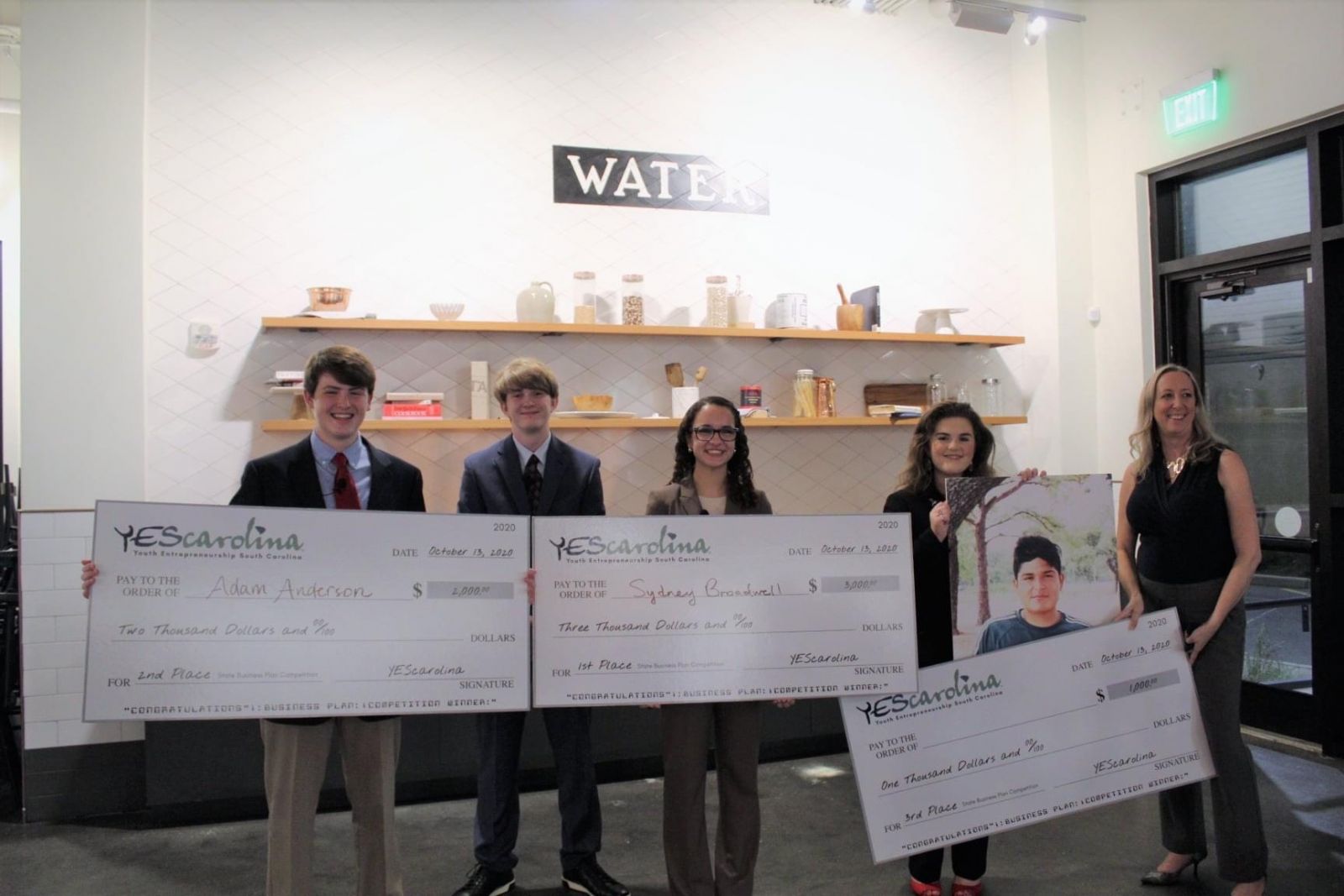 This year, students applied by submitting videos of their presentation. Similar to the TV show Shark Tank, a panel of local entrepreneurs then evaluated their business models.

“Each was paired up with a mentor from YESCarolina’s network of entrepreneurs, who worked one-on-one with the kids to take their concepts and advance them forward,” YEScarolina Executive Director Tracy Bradshaw said.

With his mentor’s help, third- place winner Pimentel of Horry County was able to create a prototype of his build-your-own drone concept.

The entrants also created commercials this summer, something Bradshaw said they had not been able to do in previous contests.

“Sydney researched and found a formula that she worked on throughout the summer,” Bradshaw said. “She was really able to come up with a line of natural art supplies, and brought her prototype with her and a painting she had done.”

Polka, a 17-year-old student at Wando High School, came in fourth place for Anonimowy, his business that buys and sells domain names. Polka has already launched his company — named for the Polish word for “anonymous”— and has been generating profits by helping others with their brand needs.

Dorchester County had two finalists in the competition: Bendetti who came in fifth place for her safe dating service for teenagers, Bloom, and Anderson who won second place for The Burger Boat, a food truck for the water.

“They’re ingenious. I’m always blown away, especially as there are some ideas that are so unique. I remember seeing Alex’s business model and thinking what a great idea and what a great way to get money as a high schooler,” Bradshaw said. “I’m always so impressed with how creative they are and how much more passion they have when they’re working for themselves.”