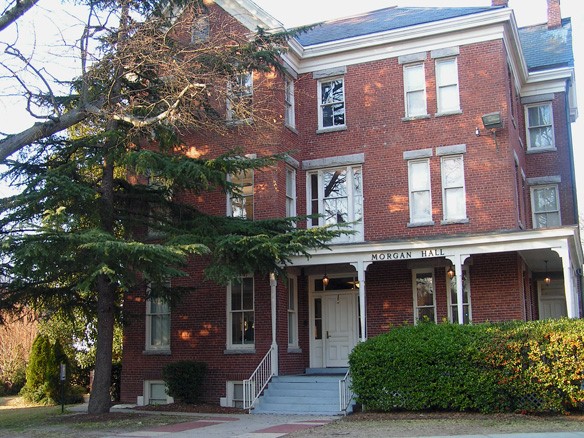 The national network connects sites across the country that provide education, interpretation and research for Reconstruction, the post-Civil War period generally dated from 1865 to 1877 during which attempts were made to address the political, social and economic inequities of slavery and the readmission of the 11 states that had seceded from the Union.

The John D. Dingell Jr. Conservation, Management, and Recreation Act, signed into law on March 12, 2019, outlined the creation of the Reconstruction Era National Historic Network, which includes parks and battlefields throughout the country. Other S.C. sites in the network include Fort Sumter and Fort Moultrie National Historic Park and Congaree National Park.

“This Reconstruction Era is a very misunderstood part of our history,” Rep. James Clyburn said in the video. “I think that they only way for us to really gain appreciation for it is for the story to be told accurately.”

Allen and Benedict are both historically Black colleges and universities in Columbia.

Founded in 1870 by Bathsheba A. Benedict, Benedict College is a private liberal arts institution with more than 1,738 students from all 46 S.C. counties, 30 states and 26 countries enrolled in 25 degree programs.

Allen University was founded in 1870 by the African Methodist Episcopal Church.

“I commend the National Park Service for taking bold and progressive steps toward inclusive education by creating the Reconstruction Era National Historic Network. It is a testament to the enduring legacy and profound importance of HBCUs,” Roslyn Clark Artis, Benedict president and CEO, said in a news release. “I am excited that our collective stories of resilience, leadership and education will be highlighted as a part of a national network exploring the accounts of educated African Americans during the United States Reconstruction Era.”