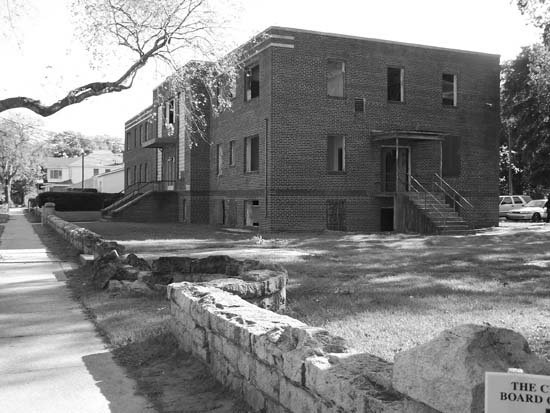 Colonial Life has pledged $100,000 over a three-year period to the capital campaign renovating the hospital and establishing the Boeing Institute on Civility. The hospital, one of the only hospitals to serve Columbia’s Black community during its operation from 1952-1973, will also house Allen’s new School of Education, the Dickerson-Green Theological Seminary and the Waverly Wall Museum portrait display.

The Institute for Civility, jump-started with a $1.5 million donation from Boeing Co. last November, will serve as a permanent memorial for the Emanuel Nine, the nine individuals killed by white supremacist gunman Dylann Roof at Charleston’s Mother Emanuel AME Church in 2015. The institute was established in honor of the late Sen. Clementa Pinckney, former pastor of the church and one of three victims who were Allen University graduates.

The portrait wall will honor individuals born in the hospital as well as former physicians, nurses and other essential staff with historic photos and rotating displays.

Colonial Life’s gift will support a science, technology, engineering and math summer camp for high school students ($7,500 annually) and Boeing institute programming ($12,500 annually). Forty thousand dollars will go toward naming a classroom within the institute, according to a news release from Allen.

“Colonial Life’s support of Allen University through The Boeing Institute on Civility and the summer STEM camp for students is an investment in our future,” Tim Arnold, president of Colonial Life, said in the release. “This partnership aligns with our commitments to inclusion and diversity and providing students with equitable access to quality education.”

“Colonial Life has been an extraordinary corporate citizen in South Carolina via its leadership and community-based programming as well as its support of higher education,” Ernest McNealey, president of Allen University, said. “We are pleased to have the company as a contributor to the Waverly Hospital Restoration and Expansion Project and a partner in other ventures that serve the greater good.”

Columbia’s Waverly Historic District, which today includes Allen’s campus, covered 12 blocks in the late 18th century. Once part of a plantation owned by Robert Latta, Waverly became one of the first documented suburbs in Columbia and was one of two suburbs annexed by the city in 1913.

During the Jim Crow era, Waverly evolved into a self-contained, self-sustaining community featuring many middle- and upper-class Black residents who were leaders in spiritual, business, professional and academic circles.