The Medical University of South Carolina named Dr. Terrence E. “Terry” Steyer, MUSC Department of Family Medicine chair, as the new dean and vice president of medical affairs for the College of Medicine. Steyer has served as interim dean of the college since April. 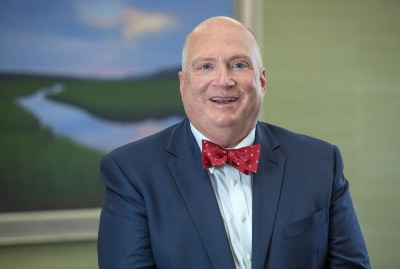 “The board is thankful for Dr. Steyer’s interim service as dean, and we look forward to his leadership of this incredibly important statewide resource for the education of some of the country’s finest physicians, as well as helping to drive our research and clinical enterprise to new levels,” Dr. James Lemon, MUSC board chair, said in a news release. “Dr. Steyer is capable, skilled and connects well with students and faculty, which will enable MUSC to reach its full potential.”

Steyer earned his bachelor’s degree in mathematics from Allegheny College and his medical degree from Case Western Reserve University. He completed his family medicine residency training at Wake Forest University Baptist Medical Center and the Robert Wood Johnson Clinical Scholars Program at the University of Michigan.  Steyer began his academic career at MUSC, serving as the director of the Trident-MUSC Transitional Year Residency and director of a medical school course on evidence-based medicine.

In 2009, he was recruited to the Medical College of Georgia-University of Georgia Medical Partnership where he served as the founding chair of the Department of Clinical Sciences. Steyer developed and managed the third- and fourth-year medical school curriculum for a new branch campus of the Medical College of Georgia. Steyer was recruited back to MUSC in 2014 to serve as chair of the Department of Family Medicine and was named the first Gregory-Chandler Endowed Chair in Family Medicine in 2015. In 2017, he was named chief of the Primary Care Integrated Center for Clinical Excellence (ICCE) and president of Carolina Family Care, according to the release.

“We are enthusiastic about Terry’s willingness to take on this position and confident that his leadership will advance education, research and clinical care within the COM and across the University at large,” said Lisa Saladin, MUSC executive vice president of academic affairs and provost, said in the release.

“I am humbled by the confidence that the MUSC Board of Trustees has in my leadership and thrilled to be able to continue to serve the citizens of South Carolina by leading the College of Medicine in discovering new cures and training the next generation of physicians while providing high-quality patient care,” Steyer said in the release.