Although completion of the first of two reactor units under construction at the V.C. Summer Nuclear Station is three years away, officials said during Wednesday’s media day momentum’s building toward the finish line. 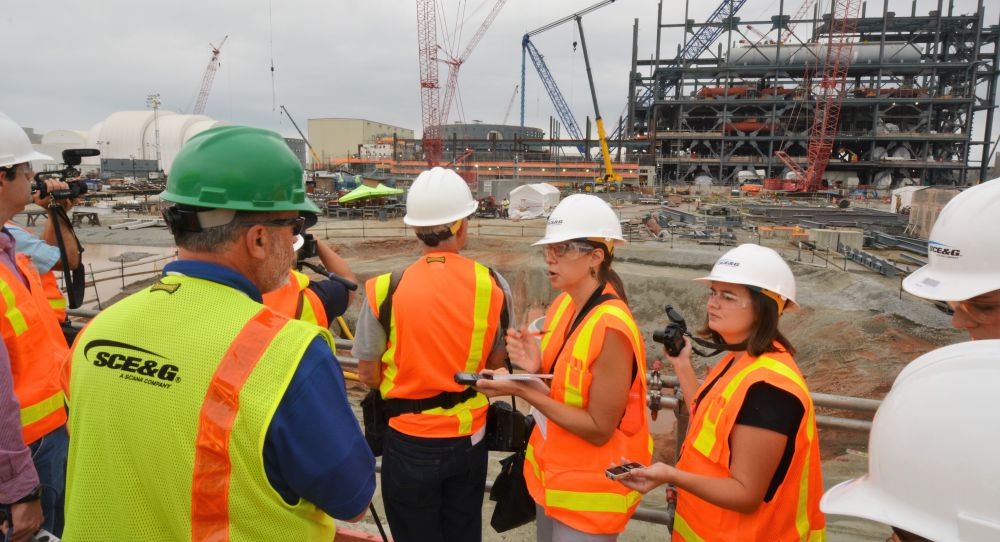 Lonnie Carter, president and CEO of state-owned Santee Cooper, SCE&G’s partner in what’s billed as the largest and most expensive construction project in state Carolina history, said progress is “very encouraging. We’ve picked up the momentum. We’re on track.”

A major construction milestone was achieved in August when workers placed a 35-foot tall, 305-ton reactor vessel into the nuclear island of Unit 2 at the Summer power plant, officials said.

The cylindrical-shaped steel vessel, which will house fuel that powers the reactor along with other related components, was transported to the site in June 2015 from the Port of Charleston on a specialty rail car designed to carry heavy loads. One of the largest cranes in the world, a heavy lift derrick with a 560-foot front boom, lifted the vessel and placed it in its permanent location.

Work on the reactor units, being built at the Jenkinsville plant where SCE&G and Santee Cooper have operated a solo nuclear unit since 1984, has reached peak levels. Some 3,800 workers commute daily to the Jenkinsville site, 25 miles northwest of downtown Columbia.

Contractors are hiring an average of 100 workers a month, although in August the number was about 300, said Kyle Young, manager of nuclear plant construction, Units 2 and 3. Young noted that the hiring is for new work at the site as well as to keep up with attrition.

Most of the craft workforce, Young said, live in Fairfield County, where the Summer plant is located, and surrounding counties of Kershaw, Lexington, Newberry and Richland. 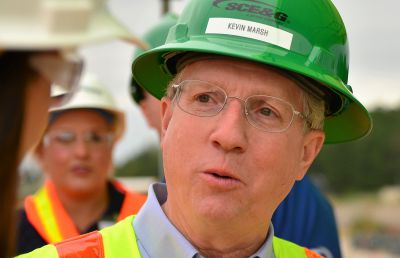 As the project moves forward, SCE&G officials said some 800 full-time workers will be hired to operate the new units, which are scheduled to be completed by Aug. 31, 2019, and Aug. 31, 2020, respectively.

Last October, Westinghouse named Fluor to manage construction of the Summer project and another new reactor project that Southern Company is building at the Vogtle Electric Generating Plant near Waynesboro, Ga.

The Summer project, which had an initial timeline for completion of the first of two units in April 2016, encountered a delays in the delivery of critical pieces caused by shoddy workmanship at a Louisiana fabrication site.

Westinghouse made the move after it had acquired Stone & Webster from Chicago Bridge & Iron, a member of the consortium building reactor units at V.C. Summer.

Fluor is responsible in providing project execution and direction, accountability for and management of professional staff and craft personnel, and a focus on safety, quality and project delivery.

Headquartered in Irving, Texas, Fluor has regional headquarters in Greenville where it employs about 2,000 workers. The company’s chairman is David Seaton, a University of South Carolina graduate who began his career with Fluor in Greenville in 1984.

“Fluor is the exact company we would have picked to come in and do the work,” Marsh said. “They’ve got a great history with nuclear plants. They’ve been involved in most of our major plant construction.

“I believe this project is personal to them. They want to get it done.”

Wednesday’s event was the first time news media has toured the construction site since 2013.  The project was green-lighted by federal regulators in 2011.