A different path to a second chance 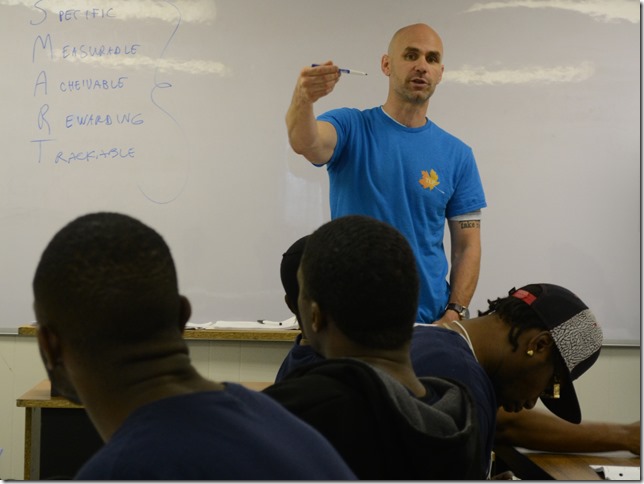 Selling drugs was just a way of life for Kelvin Dayse.

Growing up in the Gadsden Green housing project in downtown Charleston, Dayse said he was taught to think with a pack mentality and to do whatever was needed to make money. He said he was charged with tax evasion and money laundering from his time selling drugs. He spent more than two years in jail waiting to be sentenced before he met Amy Barch. 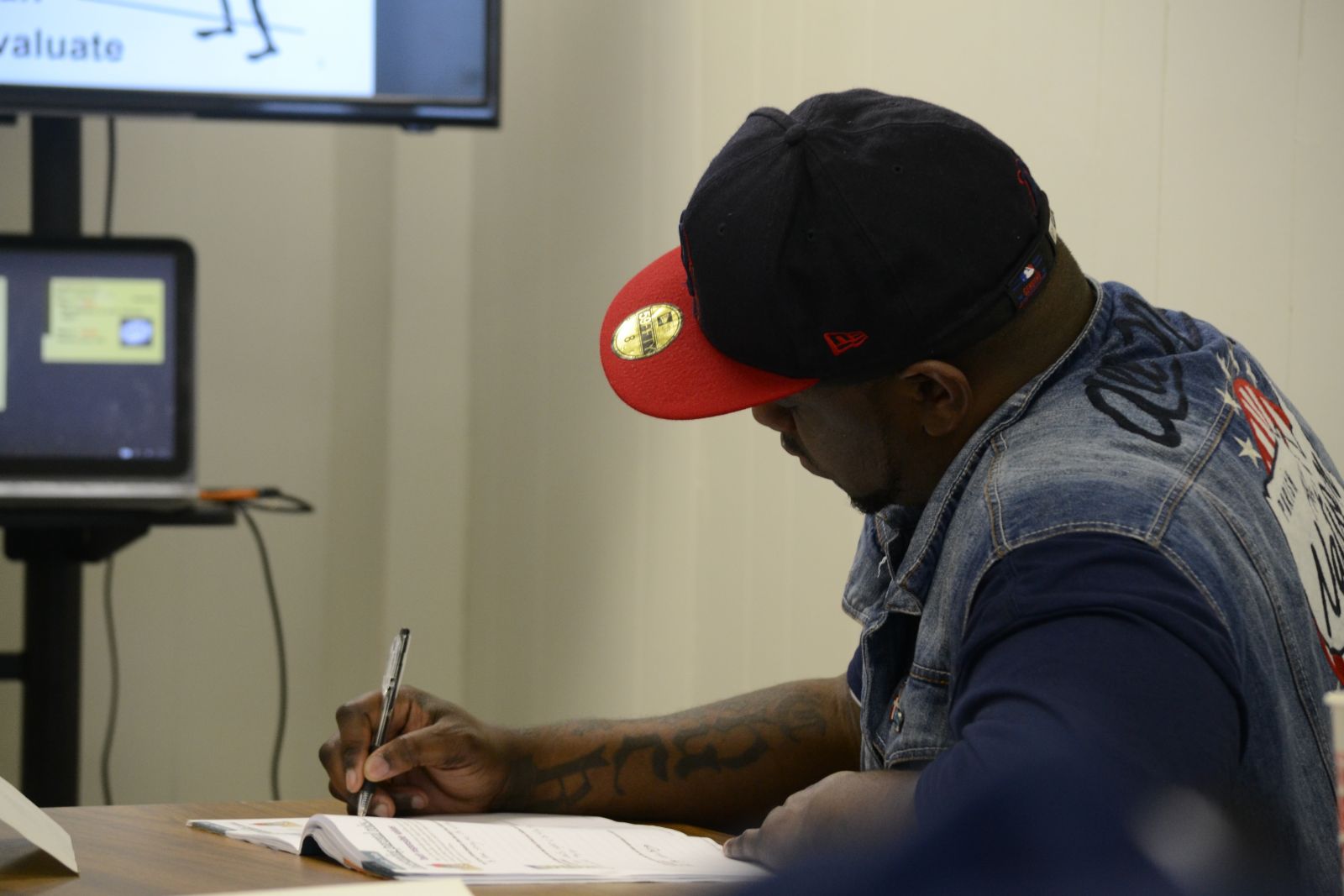 Barch, the founder and director of Charleston-based Turning Leaf, is tackling recidivism with a new type of immersion program for former inmates. Most re-entry initiatives provide job training, food stamps, housing options or financial assistance to help integrate those formerly incarcerated back into society.

Barch said none of those factors really matter, however, if the person does not change his way of thinking or care whether she hurts someone.

“People think if someone has a house when they get out that they won’t commit a crime again. That’s not true,” Barch said. “The biggest risk factors that lead people to commit a crime are their way of thinking, personality, beliefs, values, criminal peers and dysfunctional families.”

Turning Leaf participants work part time at jobs with the city of Charleston and attend classes 16 hours a week at the program’s center, located in a two-story warehouse at 2718 Azalea Drive in North Charleston.

Classes focus on the importance of family, cognitive therapy, crime impact, financial planning and critical thinking skills to help participants understand how their crimes hurt people and how they can shift their behaviors to create a new way of life.

The program accepts only men who are pre-sentenced — those who have committed crimes in the past and are waiting in jail to go to court. The program does not accept anyone with sex-related charges. Most participants have drug, robbery or assault charges. Barch focuses on those at high risk for recidivism.

Dayse, a current program participant, attends class at the center a few times a week and works part time for the city doing maintenance and road work, in lieu of serving time in federal prison.

Charleston Police Chief Greg Mullen and Charleston Mayor Joe Riley partnered with Barch to provide jobs and the city provided $65,000 to the program.

Dayse said the program has helped him change the way he thinks. He said he considers other people now before acting, and he cares about work for the first time in his life. The position with the city is Dayse’s first job; he is 29 years old.

The beginning of Turning Leaf

Barch moved to Charleston from Washington, D.C., in 2010 and started volunteering teaching at area jails. She taught an “Impact of Crime” class where victims came to the jail and shared with inmates how crime affected their lives.

With research based in restorative justice teachings, Barch wants to work with repeat offenders to change how they think and feel. She quit her job at a nonprofit in 2011 to focus on building Turning Leaf and achieving nonprofit status.

From November 2011 to November 2014, the nonprofit had no money but had hundreds of applicants. Soon, judges were sentencing people to her program.

Demand grew and Barch launched the program outside of the jail. Thirteen people were sentenced to the first round of the nearly six-month program. One participant has disappeared, and a warrant has been issued for his arrest.

The remaining 12 participants attend class at the center and work at the city each week. They are paid for both. They must do homework and show up every day. Being late for class or a shift means a deduction in pay.

Riley and Barch both hope to study the results of the Turning Leaf initiative and make it a national model. The program needs more public and private sector partners to provide funding, teach classes or offer job opportunities for participants.

“As soon as a hardened criminal gets out, he is likely to immediately go back to selling drugs and robbing someone,” Riley said. “If just one of those people comes out and is ready emotionally and spiritually to begin a new life as a constructive working member of society, I cannot even begin to put a price tag on the value that brings to our neighborhood and community.”

A different kind of class

Twelve students file into a small room at the Turning Leaf center. They sit four to a table and take out workbooks. The projector lists problem-solving skills like “stop and think,” “set a goal” and “think of consequences.”

Joseph McGrew, the program manager known as “Joe” to participants, asks the students how many had parents who told them, “I love you” or “I believe in you.” Four raise their hands.

McGrew asked how they and their families felt when they got out of jail. Students shouted out answers: Disappointed. Resentful. Guilty. Insecure. Fearful. Embarrassed. Disrespected.

“They don’t trust me at all. And they don’t have a reason to. My family doesn’t keep an eye on me because I’ve let them down so many times,” one student said.

McGrew said students need to talk things out with their families, even if family members are not willing to listen. Students shared their own ideas: Keep trying with their families. Show up. Do not let resentment build up. Spend time with their kids. Set a good example.

“Is this one class going to change your lives? Probably not. But it’s all about the process,” McGrew said. “The next six months really matter if you want to change your life and show your family that you care.”

Dayse said the program has helped him see that his actions affect others. Upon graduating in a few months, Dayse wants to work full time for the city in maintenance or as a firefighter.

“I know now that by being locked up, it doesn’t just affect me, it affects my family and the community,” he said. “You don’t want to fill your community with drugs. I don’t want to see the little kids who grow up under me to follow in my footsteps of selling drugs, trying to make ends meet. I want something different.”