There are no Republican or Democrat roads, just the citizens’. Ours have been under a 30-year political curse, with the ill effects inflicting pain, regardless of ideology. A bipartisan, long-term legislative solution — one that the governor can live with – would promote healing.

The spell began shortly after Gov. Carroll Campbell's first-term approval of the last (1987) "gas tax" adjustment.  He sanctioned it with his signature on the heels of his predecessor's successful statewide 1% sales tax increase campaign — “The Education Penny." (Ah, back when big things got done...) Campbell knew that education wasn't the only responsibility of the state. His support was predicated on it being the ultimate user-fee for directly financing road improvements, adding enthusiastically "you can't build an economy without building roads." 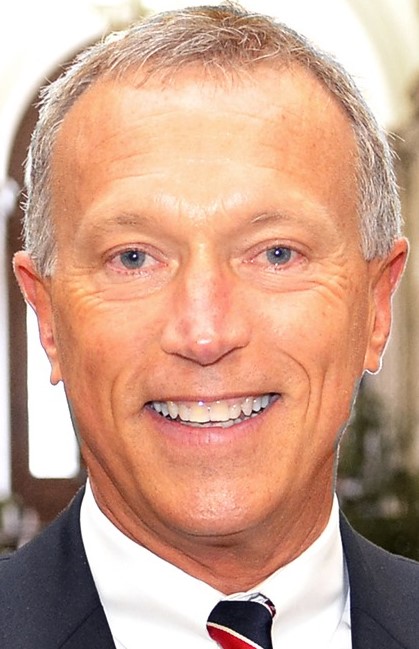 Every successor has faced their own set of political challenges, some self-inflicted, some beyond their control. In retrospect, they were likely more afraid of the bludgeoning come time for re-election, than they were of a deteriorating road system legacy. So each whispered "wait ‘til after I get re-elected." Two were not.

Then came Mark Sanford and Nikki Haley who begrudgingly accepted the Legislature's insistence on incremental fixes, while fixated on maintaining their own ideological purity. It worked — for them.

We find ourselves three decades later with a system that has been managed with patches and paste, by and large neglected. For the most part, despite this state's remarkable growth, and a corresponding amount of teahadist nuttiness, no true "new" roads have been created, only critically important new lanes and replacement bridges. Except for targeted expenditures supplemented with federal funds to relieve congestion, or state-provided supplemental financing to incentivize local infrastructure sales tax matches, the state's road program has been stretched and starved, losing buying power to inflation and flat fees.

Responsible folks realize that capital projects are what good, conservative government is charged to do: look long-term, and facilitate, not stifle, economic growth. Prudent bonding requires a bank; we've used our own State Infrastructure Bank. The much-maligned SIB has been satisfactorily "reformed" by bringing it under the DOT Commission's purview. Its past is its past. So, that red herring is lame.

So is the call for "reform" of DOT. Further tweaks won't substantially improve the statutes that drive the agency's prioritization, nor would any magically generate hundreds of millions of recurring dollars to promptly and methodically fill potholes. "Cabenitizing" an agency like DOT would strip it of the public policy benefits a seasoned, experienced, publicly viewable "board of directors" provides. Reforms have been cumulative, and the governor now appoints the commission. There's nothing of any substance left in this rhetoric either.

It is disingenuous to suggest that DOT's revenue — the gas tax — doesn't "go to roads." Every "takeaway" from DOT's user-fee income is related to running the road program, whether it's to pay for specifically designated statewide significant projects for economic development, the counties for local road uses, the miniscule amount to DNR for boat ramps (paid by boaters' gasoline taxes). Every expenditure of user-fee revenue can be justified, just as an argument could be made to devolve the vast system to the locals. But that would necessitate an opening of a Pandora’s box of local taxing powers that are not currently allowed — nor likely acceptable.

Consensus in a free-speech democracy does not require unanimity. Nevertheless, South Carolinians are united in our demand for government-facilitated safe and efficient roads, as we are that reasonably adjusted user-fees are preferable to increasing general taxes for road improvements.

Our legislative process is designed so that controversial law is made only after thorough vetting and compromise. It should not be easy to raise taxes. And certainly citizens, when asked polling questions designed to be answered in the negative, will say they oppose tax increases. But for those who've studied South Carolina's highway situation — both in terms of its condition and its finances — there is a strong consensus that the state's growth-related and maintenance needs exceed its current resources. On a critical matter like the safety and efficiency of our road system, that should be enough to compel action.

This process — and the public's confidence in it — has been held hostage for too long by a distinct minority roused, mislead, and financed by sophisticated activists with minimal connection to South Carolina. Their shrill cry against "the largest tax increase in history" is relative. That "tax" has been frozen in place for 30 years, and after the pending Alaskan increase, will be the lowest levied on the continent of North America. What was once to some a source of pride, is now a public policy embarrassment.

We've been living on borrowed time. The cure requires that our elected officials take bitter medicine in terms of votes — and on our part by accepting a long-overdue adjustment in our road-use fees. Refusing extends and worsens the self-inflicted suffering. It's time to end the curse.

J. Richards Todd is president and CEO of the S.C. Trucking Association, an 83-year old, statewide alliance of businesses that use or depend on trucks.