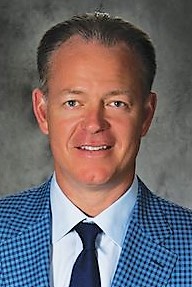 Running a business is never easy. In addition to the day to day challenges, bad ideas continue to come from Washington that make the cost of doing business even more difficult, if not impossible. The Border Adjustment Tax (BAT), a component of the U.S. House Republican tax reform proposal, is the latest example of a policy that picks winners and losers in the marketplace and kills opportunity for economic growth.

If passed, the BAT would impose a 20% tax on all goods and products imported into the U.S. This will be a punch to the gut for many South Carolina businesses that rely on imported products or raw materials to help them build companies that are profitable and provide value to customers. Whether it’s clothing, food, manufacturing parts or fertilizer, imports are a necessity in commerce today.

Among the hardest hit will be South Carolina’s retailers which are the top employers in our state, supporting more than 420,000 jobs. How will employers deal with a 20% increase in costs? The lucky ones will most likely pass the increased costs along to customers. Others may be faced with more difficult choices like scaling back employment or eliminating jobs altogether.

As a representative of the auto dealer industry, I am very concerned about the impact that the BAT will have on our customers. Estimates show that gas prices will rise by as much as 35 cents per gallon, while monthly car payments could increase by $100.

Many South Carolina businesses have spoken out against the BAT. Lisa McGill Sweatman, director of government relations for the South Carolina Retail Association, said, “If enacted into law, consumers could see costs for everyday essentials like food, gas, clothing and medicine increase by $1,700. The Border Adjustment Tax will seriously jeopardize economic growth at a time when we need it most.”

Jim Pagett, board member of the South Carolina Hispanic Chamber of Commerce, echoed those sentiments, “While there’s no question tax reform has been a long time coming in Congress, enacting policies that punish local consumers and employers is the wrong approach. Hispanic-owned businesses across South Carolina take great pride in delivering value to their customers, while employing our local men and women. The proposed Border Adjustment Tax, and its resulting increase in prices on everyday items, may force them to make adjustments that are not in the best interest of our communities.”

Unfortunately, some members including our own Rep. Tom Rice, are among those who still support House Speaker Paul Ryan’s tax plan, including the Border Adjustment Tax, saying it will lower rates and strengthen South Carolina’s economy. While his intentions may be honorable, the economic facts are not on his side.

Rep. Rice and other BAT supporters need to wake up to the fact that Americans are seeing the sticker shock of this ill-conceived proposal and are watching this issue very closely.

Washington has a unique opportunity to pass meaningful tax reform for the first time in over three decades. If they want the business community to get behind them, they need to put forward ideas that unite us. The Border Adjustment Tax is not the right path.

This Viewpoint originally appeared in the June 12 issue of GSA Business report.