Each year thousands of Americans — including many South Carolinians — are adversely affected by frivolous lawsuits. These lawsuits pose a serious threat to South Carolina’s victims, businesses and workers, and place a needless strain on our state’s taxpayers and judicial system. 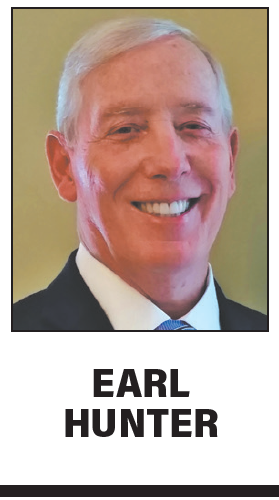 Our nation and state are suffering more and more because of a lax system that currently allows for frivolous lawsuits with consequential costs. These baseless “junk lawsuits” drain state funds, clog the judicial system and hinder economic growth. With taxpayers once again left picking up the tab, this is an added cost borne by all South Carolinians

The true cost of this broken system can be much worse than just a strain on our public resources: it puts future victims at risk, threatens legitimate businesses with bankruptcy and jeopardizes the livelihoods of hardworking families who could end up losing their jobs.

The U.S. House of Representatives recently took action to address these concerns by passing the Fairness in Class Action Litigation and Furthering Asbestos Claims Transparency Act, H.R. 985. This bill will help curb meritless complaints by providing much-needed transparency and common-sense safeguards to prevent bad actors from advancing meritless and malicious lawsuits and claims.

The Fairness in Class Action Litigation Act has drawn praise from several members of our South Carolina Congressional Delegation, including Congressman Trey Gowdy — a seasoned prosecutor whose leadership helped support the bill’s passage in the House.

Over the past decade, the Palmetto State has consistently been ranked among the worst states in the country for its tort liability system. By removing some of the lottery-style payout incentives enticing trial lawyers to take on dubious cases they know to be meritless will benefit South Carolina over both the near- and long-term.

One example addressed by H.R. 985 is asbestos personal injury settlement trusts, which were originally established to protect victims, but have unfortunately become a prime target for some trial lawyers acting in bad faith by using tactics such as filing near-duplicate claims against the same trust or making the same claim against multiple trusts and even suing companies at which their clients never worked. H.R. 985 requires a quarterly reporting of clients who have been paid and their supporting documentation to prevent “double-dipping.” This will provide greater transparency and ensure trusts are available for years to come for true exposure victims.

However, the Fairness in Class Action Litigation Act is still far from being a done deal. The biggest hurdle in its path to becoming law is the Senate Judiciary Committee, whose membership includes Sen. Lindsay Graham, who quite often represents a key swing vote on the committee.

It is our hope that Graham will work to advance this bill benefiting his home state of South Carolina, but it’s unclear where the senator stands.

It’s long past time to protect South Carolina’s victims, workforce and economy from predatory class action lawsuits. I trust Graham will give this legislation the careful consideration it deserves when it comes before the Senate Judiciary Committee, and urge him to work with his colleagues on both sides of the aisle to help pass H.R. 985 into law.

Earl Hunter is executive director of the S.C. Civil Justice Coalition, an advocacy group focused on tort and workers compensation issues for the business community.