Governor tells manufacturing conference S.C. is ‘place to be’

Gov. Henry McMaster closed the S.C. Manufacturing Conference and Expo today with his thoughts on what makes South Carolina attractive to businesses, how the state’s handling of the pandemic sends a strong message to the world and why employment taxes might not need to be raised. 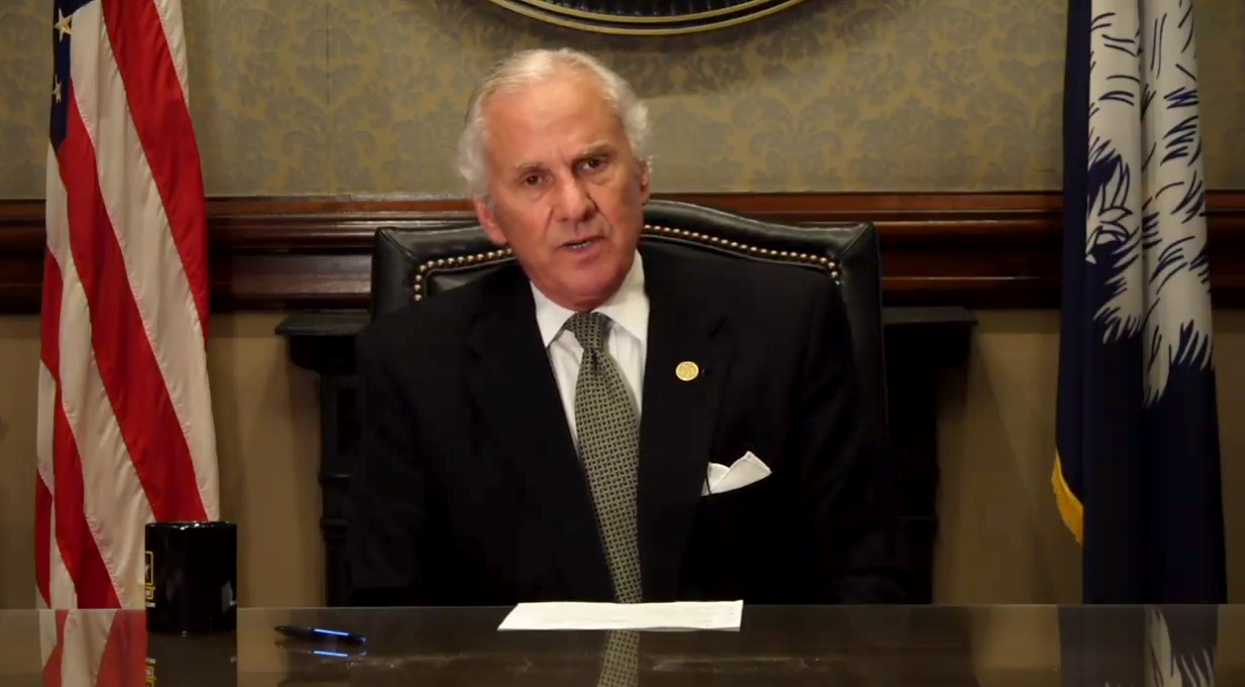 “Around the world they know that South Carolina makes things,” McMaster said. “And not only do we make them, we make them well and can get them to just about any place as quickly or quicker than anyone else.”

“We’re making things all over the state, and that’s good news because those are good jobs. They pay well and those are the things that are putting South Carolina on the map,” he said.

McMaster also noted that South Carolina’s location in the Sun Belt makes it a prime location for manufacturers and other businesses looking for a place to relocate, build or invest millions or even billions of dollars.

Other advantages of doing business in South Carolina, he said, include the state’s universities and its technical college system, as well as its ports and agriculture.

The governor praised the Hampton County’s new Agriculture Technology Campus — a $314 million agribusiness center that anticipates the creation of 1,547 jobs — as well as the S.C Ports Authority. In particular, McMaster addressed the work of the port’s Charleston Harbor Deepening Project, which will dredge the harbor to 52 feet, allowing some of the largest ships to dock in Charleston. He added that being one of the only states with two inland ports is another big plus for manufacturing.

“We have all these assets. What we need is to talk to each other, to communicate, collaborate and cooperate. If we do that, with everyone looking to go to the Sun Belt, to invest, to grow and to build, with the assets we have — our research universities, these rail lines, the great port, the technical college system — we are really in great, great shape,” McMaster said.

The fact that South Carolina didn’t fully close during the pandemic and currently has the lowest unemployment rate in the Southeast at 5.1% only enhances its reputation, the governor said. Much of this is owed to the $1.9 billion in coronavirus relief fund, half of which was used to replenish the unemployment insurance trust fund that was drained following the Great Recession in 2008. McMaster said it had only been refilled within the last year.

“With the economy recovering as we’re opening up in South Carolina, that means we likely will not have to raise taxes on businesses to replenish that fund,” he said.

All of these resources, including the fact that Charleston will soon be home to the largest concentration of Coast Guard assets in the country, will open up doors for the state, McMaster said. Other manufacturers and service providers will want to come and be closer to the industries, and with them will come even more jobs for South Carolina residents.

“We’ve got a phrase we like to use, and that is: If you want to go places, South Carolina is the place to be,” McMaster said.