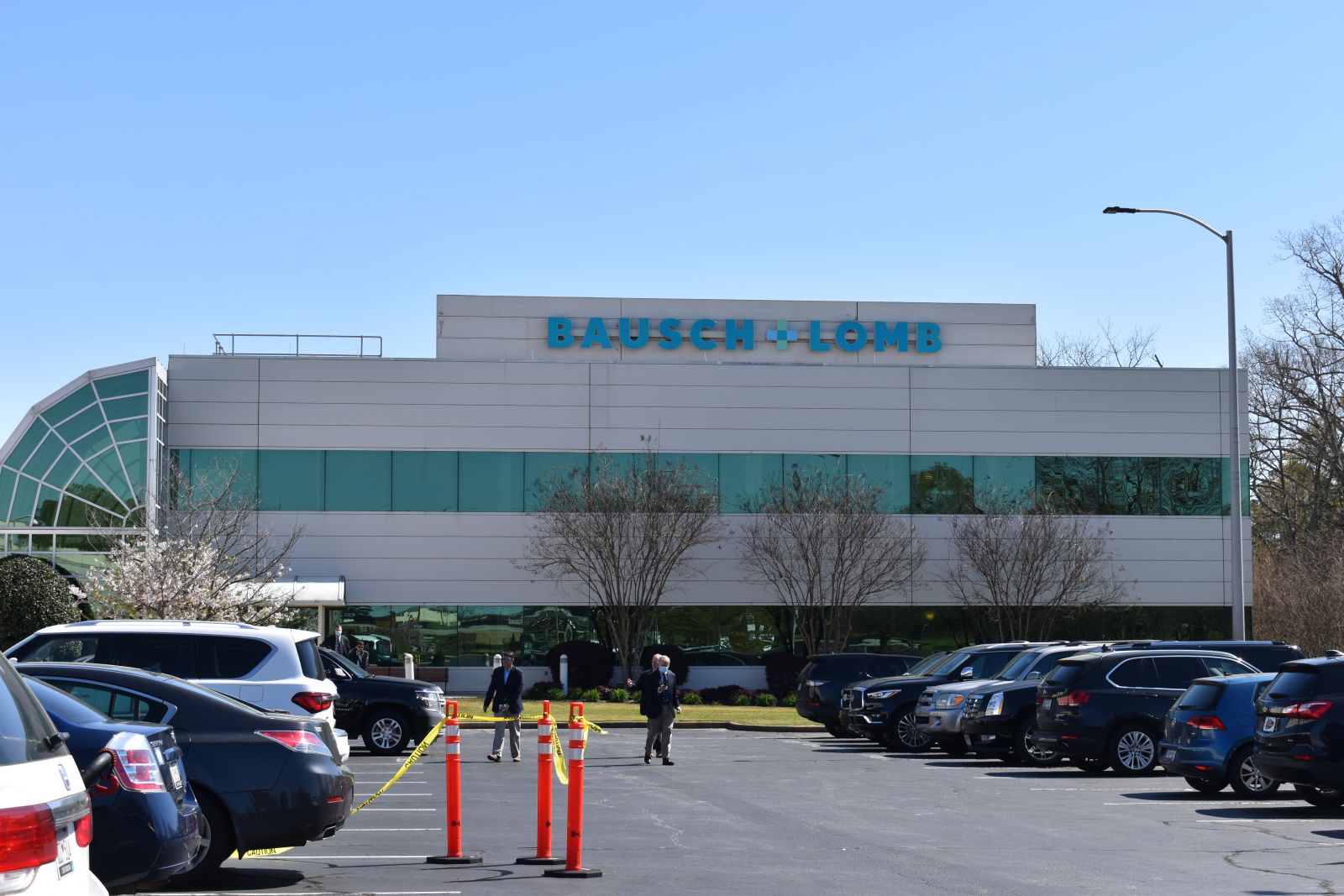 As the result of a longtime push among S.C. officials for reshoring the medical supply chain, Gov. Henry McMaster issued an executive order he said will strengthen the S.C. Commerce Department’s efforts to recruit and foster life science industry in the state.

The executive order, announced today at Greenville’s Bausch & Lomb manufacturing facility, follows a year of supply chain breakdowns, McMaster and Sen. Lindsey Graham said, exacerbated by the fact that 90% of personal protective equipment used in the United States was made in China at the beginning of the COVID-19 pandemic, while 72% of all medical compounds were imported.

The international trade woes created by a cargo ship lodged across the Suez Canal this week further intensified the urgency to bring medical supply chains back to South Carolina shores.

“The COVID-19 pandemic has clearly illustrated why no single nation or state, no nation like China or others should be the sole source or have a monopoly on the production of essential medicines or supplies like personal protective equipment or others,” McMaster said. “Because essential goods and products were and still are disproportionately manufactured outside of our country in countries like China and in other states, South Carolina and other states were forced to compete against one another for limited domestic supplies of personal protective equipment.”

The order also directs the S.C. Commerce Department to review its existing operations and structure to determine what kind of changes may assist with the recruitment of pharmaceutical companies and to recommend these modifications to the General Assembly if statutory authority is required to make them, according to the order.

“All that has taught us a valuable lesson,” he said.

Graham echoed that he hoped other states would follow South Carolina’s example with similar initiatives and pushed for federal tax credits for PPP manufacturers similar to those used to incentivize green energy industries.

“Here today is an important step by South Carolina to leap and get ahead of a problem,” he said. “I would encourage every governor in the United States to do what Gov. McMaster did here today. Make it a priority of each state to develop PPE equipment, make us less dependent on China and, Henry, as many things that are good in modern America started here in South Carolina under your leadership, congratulations.”

The S.C. Commerce Department will work in tandem with statewide life science economic development organization SCBio on the initiatives called for in the executive order.

As a major driver and diversifier of the South Carolina’s economy, “the surging impact, reach and significance of the multi-billion-dollar life sciences industry in our state certainly warrants the strategic emphasis being placed on it by Gov. McMaster,” SCBio President and CEO Sam Konduros said in a news release. “We’re honored by the governor’s profound support, and this bold executive order further demonstrates his ongoing commitment to empower our statewide mission to build, advance and grow the life sciences and pharmaceutical industry in the Palmetto State like never before.”

Bausch & Lomb CEO Joe Papa traveled from the company’s U.S. headquarters in New York to give McMaster a tour of the plant and welcome the executive order. Papa’s company is just one medical company in the Palmetto State poised to amp up production in light of intensified demand for health care products following the COVID-19 pandemic and bolstered support from the S.C. Commerce Department.

“We have a great team of employees here and great support from South Carolina,” said Papa. “We have been able to put additional investment into this site, about $60-billion plus in this site to help improve the quality of our product, the quantity that we can make and ship around the world, and more importantly, to generate great jobs.