City of Columbia requiring employees to be vaccinated

The city of Columbia has unanimously voted to require city employees to be vaccinated by Nov. 1, with Columbia Mayor Steve Benjamin saying there is a need to protect vulnerable citizens from the coronavirus.

With 20,767 COVID-19 cases reported in South Carolina during the last seven days, Benjamin said action must be taken to battle a surge in infections of the contagious delta variant, especially for children under age 12 who are too young to receive a COVID vaccination. 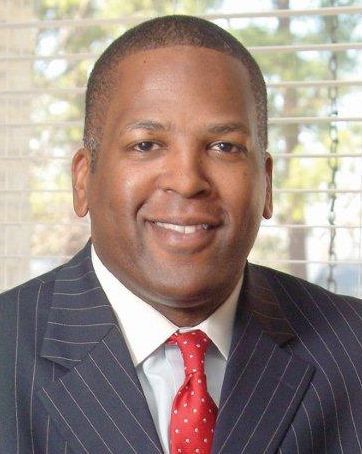 Benjamin cited S.C. Department of Health and Environmental Control data showing that more than 17,000 children under age 10 have been diagnosed with COVID since S.C. schools reopened in late July, with children under 10 making up 12% of all new COVID cases in the last six weeks. Those numbers have led to four dozen schools temporarily transitioning to full virtual learning, Benjamin said, citing S.C. Department of Education statistics.

“The data’s been daunting,” Benjamin said Tuesday before Columbia City Council unanimously passed the measure. “The surge in infections among young children is forcing schools to suspend in-person classes and taxing children’s hospitals across the state. … A public health crisis creates an education crisis, and an education crisis creates an economic crisis. Mom and Dad have to go home to take care of the most important things and the most important people in their lives.”

As of Sept. 1, 4,076 cases have been reported in S.C. public and charter schools, according to DHEC.

Columbia joined the city of North Charleston, which adopted a mandatory vaccination policy for employees last week. Columbia will also give any city employee who is or becomes fully vaccinated a $500 incentive, and will begin requiring COVID testing by or before Nov. 1.

In addition Columbia and West Columbia passed emergency face covering mandates on Wednesday, a day after the city of Cayce adopted a face covering ordinance in response to a request from Lexington Medical Center.

Before Tuesday’s vote, Dr. Roger Caughman Taylor told a Columbia City Council meeting that a wave of pediatric COVID cases has been unlike anything he’s seen in his 35-year pediatric career. Taylor, chair of the Palmetto Health-USC Medical Group Department of Pediatrics and senior medical director at Prisma Health Children’s Hospital-Midlands, said Prisma pediatric intensive care units in Columbia and Greenville were 100% full on Tuesday, with pediatric emergency rooms seeing waits of up to five hours.

Taylor said the delta variant is highly contagious, putting children too young to be vaccinated at greater risk. Health conditions afflicting S.C. children, including obesity and asthma, exacerbate that risk as adherence to mask-wearing and social distancing lessens, he said.

The 2018-19 National Survey of Children’s Health found that South Carolina’s childhood obesity rate was third-worst in the nation, with 22.1% of Palmetto State children ages 10-17 considered obese. The national average was 15.5%.

“More kids are being admitted, and more kids are having it,” Taylor said of the delta variant. “We as human beings have a hard time processing numbers and data, but I can tell you, we are living it. …  This is a true emergency.”

Taylor said he has seen family members seek vaccination once children in the household became sick or when a pregnant wife was put on a ventilator.

On Aug. 23, the Food and Drug Administration gave full approval to the Pfizer vaccine, while the Johnson & Johnson and Moderna vaccines remain in emergency use authorization status. Moderna has applied for FDA approval, which experts think will be given in the next month or two.

City council also approved a one-time COVID hazard pay bonus of as much as $2,500 for eligible employees regardless of vaccination status.

“No approach is perfect, (but) this is a strong move in the right direction,” Benjamin said. “This is the carrot. We are encouraging people.”

Last week, the S.C. Supreme Court tossed out a mandate requiring masks at elementary and middle schools in the capital city. Benjamin and other city leaders said the requirement was aimed at protecting children too young to be vaccinated, but the court ruled it conflicted with a state budget requirement that went into effect July 1 banning school districts from using appropriated funds to require face coverings.

“We encourage people to know this is not about who can or can’t prevail in a courtroom but how we can best protect our most vulnerable citizens, particularly our children,” Benjamin said Tuesday.