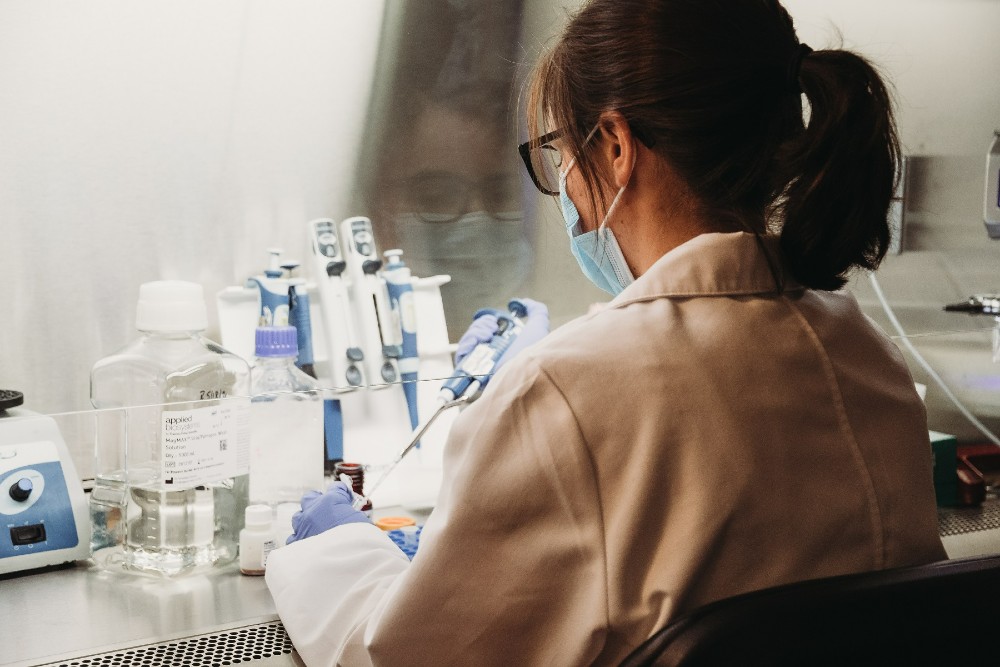 Luxor Scientific is expected to create 54 positions and after completing an expansion project by April 2022. Throughput for diagnostic tests will roughly double the lab’s current capacity of 40,000 per month after equipment validation and staff onboarding, according to the lab’s chief strategy officer, Jay Flanagan

But the timing was a bit of a coincidence, he said. Plans for a $3.2 million expansion at the lab’s 1327 Miller Road location have been in the works for months, ever since the company shifted its usual capabilities away from its usual suite of disease and immunology services to “an awful lot” of COVID-19 testing.

Still, the company doesn’t foresee COVID-19 tests being its heaviest load in the years to come.

“For a while, volumes were quite high,” Flanagan said of the COVID-19 tests. “But again, we gathered around the table and said, ‘how do we come out of this a larger and stronger company, still growing but with a plan to add types of services to the community that we don’t (offer) today, but that we can in the future. And they will be long-lasting types of services, not COVID — which we expect to go away or become a part of a standard test at some point.”

The clinical laboratory specializes in infectious disease, immunology, integrated oncology and genetics, chemistry and hematology research — services that will take precedence now that COVID-19 testing demand appears to be on a downward slope, he said.

“This new announcement of how the testing will be required under the president’s executive order, I think it probably will still have to be determined how that will be handled,” Flanagan said. “There are a lot of legal objections to what he’s doing, and I believe the federal court system has put a hold on what he’s doing even though some governmental agencies and businesses are choosing to move ahead with that testing. But whatever comes out of this will probably be a temporary uptick in testing for all laboratories that do that kind of thing.”

So far, he said, many clients are still unsure whether they will be required to cover COVID-19 testing in lieu of vaccinations.

“We have discussions with people who are contemplating both,” he said of requiring employee or employer-covered testing. “In most cases, employers have decided to pay for the testing, but more and more, we are hearing that employers are simply requiring vaccination and saying, ‘we will not accept the testing.’ If there is a trend, that is the most recent one.”

Flanagan and his brother Ryan founded Luxor in 2016, and since then it has grown from six to more than 140 employees.

“We’ve been here since the beginning of our company, and all the owners of the business were born and raised here,” Flanagan said, but added that the company had also looked further afield during the expansion’s planning stages. “Based in part on the incentives that the Commerce Department and Greenville County offered us, they made it easier, far easier for us to choose to make our expansion here.”

On Nov. 2, the Greenville County Council unanimously approved special source credits in lieu of taxes for the lab’s expansion, formerly known as Project Jay, as well as the enlargement of a joint county industrial and business park agreement with Anderson County to include lab.

“We thought it was a good thing to do,” Greenville County Council Chairman Willis Meadows told GSA Business Report after the meeting.

Duke Energy also aided in the contribution of a small capital grant, according to Flanagan.

“Luxor’s leading-edge expertise in life sciences has made them a strong resource to our state and to communities across the country already, and we are delighted that they have chosen to continue that growth from right here in Greenville County,” Meadows said in today’s news release.