Condolences pour in after Sen. Leatherman dies at age 90 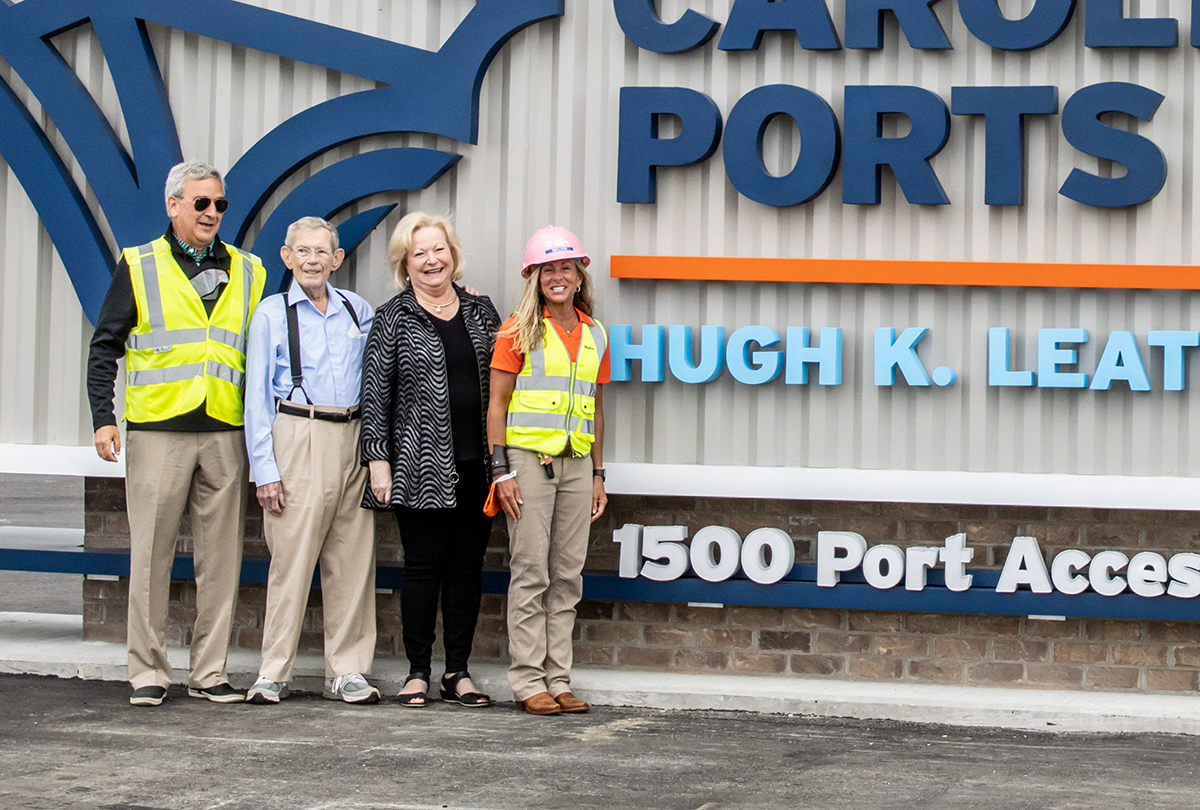 Sen. Hugh Leatherman, a business owner and South Carolina’s oldest-serving lawmaker, passed away Nov. 12 at the age of 90.

For decades, Leatherman has been a forceful proponent for the state’s economy, playing key roles in the advancement of the aerospace and logistics industries.

The Republican, who lived in Florence and served both Florence and Darlington counties, was considered to be one of the most influential financial, political leaders in the state, credited with facilitating large economic development deals such as Boeing Co. coming to South Carolina.

“In working with him over 20 years, his leadership and commitment to improving the quality of life for all South Carolinians never faltered,” Lightsey said. “While we are saddened to lose such a strong economic development proponent, businessman and statesman, the impact of his vision will carry forward.”

Leatherman was one of the longest-serving members of the South Carolina Senate, serving since his election on Jan. 4, 1981, until the day he died. Leatherman was first elected as a Democrat in the 1980s, changing party affiliations in the 1990s. He also ran unsuccessfully for governor.

Shane Massey, majority leader for the S.C. Senate Republican Caucus, shared his condolences with the Leatherman’s wife Jean and the rest of his family Friday morning.

“With four decades of service in the South Carolina Senate, Sen. Leatherman — better known to many as Mr. Chairman — will have a long legacy marked in every corner of the state and mirrored through the Senate chambers for decades to come,” Massey said in a statement. “His warm smile, commitment to the community, never-stop work ethic and resolute focus will forever be remembered.”

Leatherman was remembered during the Women in Manufacturing panel discussion Friday at the S.C. Manufacturing Conference and Expo in Greenville. Attendees shared a moment of silence in his honor.

Gov. Henry McMaster said Leatherman was a “powerful force for the progress and prosperity of our people.”

“For over 50 years, Hugh Leatherman poured his life into our state and we are the better for it,” McMaster said in a statement. “He loved his work and kept his word. He never quit. We will miss him.”

As part of Leatherman’s role controlling the state budget, one of his biggest accomplishments was securing $300 million in state funding for the Charleston Harbor Deepening Project. Started in 2011, the project is set to conclude next spring, making Charleston the deepest harbor on the East Coast.

Another of his key achievements was negotiating the deal that brought Boeing to North Charleston in 2009, which then-Commerce Secretary Bobby Hitt called the senator’s “crowning achievement.”

Hitt said that South Carolina had lost one of economic champions with Leatherman’s death.

“Sen. Leatherman’s leadership, passion for progress and business acumen will leave a lasting legacy across the state,” Hitt said in a statement. “South Carolina is a better place because of Senator Leatherman, and we thank him for his many years of public service.”

Leatherman’s economic development legacy also will be remembered by SCPA terminal named in his honor.

Leatherman was a powerful proponent for building a new terminal at the Port of Charleston and a driving force to securing support and funding. On April 12, the day the Hugh K. Leatherman Terminal opened, SCPA President and CEO Jim Newsome said the project could not have been more aptly named.

“We wouldn’t be here today, we wouldn’t be doing this today if it wasn’t for you. It’s as simple as that,” Newsome said as Leatherman christened the terminal.

The event was one of the last public appearances Leatherman made at the port, with Jean, his wife, Amy, his daughter, and Lula, his granddaughter, standing by his side.

Condolences poured in for Leatherman’s family throughout the weekend.

“From bolstering the port, to bringing major companies to our state and the thousands of jobs that came with them, Sen. Leatherman understood what it would take to help our state grow and thrive, and he dedicated his life to making it happen,” Morgan said in a statement.

“Sen. Leatherman was a giant among men and a leader for not only the Pee Dee, but the entire state of South Carolina,” Ellzey said. “The impact of his commitment to making our state a better place will be felt for generations to come.”