Justin Powell is set to be the new chief of staff for the South Carolina Department of Transportation.

In his new role, Powell will be charged with the oversight and execution of strategic initiatives with the agency, according to an SCDOT news release. 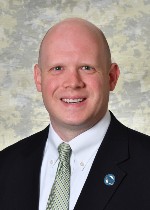 “I’m pleased to appoint Mr. Powell as the Chief of Staff. This agency has made incredible progress on our Strategic 10-Year Plan and I know Justin’s leadership in this capacity will further the SCDOT’s initiatives,” Secretary of Transportation Christy A. Hall said in the release.

Powell was appointed by Hall in 2019 to be the department’s deputy secretary for finance and administration, according to the release.

Previously, Powell served as assistant county administrator in Horry County, where he provided financial leadership to the county’s $500 million roads sales tax program, doubled local funding for transit, and managed a project to restore freight rail service to a three-county region, the release stated In addition, Powell has also worked at other local government agencies including the city of Greenville, Dorchester County, and Fairfax County, Va.

Powell has a master’s degree in public administration from the University of North Carolina at Chapel Hill and a bachelor’s degree from Wofford College.

In a related announcement, Madeleine (Maggie) Hendry will be stepping in as the acting deputy secretary for finance and administration, having served as chief of financial planning since 2019, according to the release. Hendry has served in increasingly senior roles for the agency since 2014, including chief of professional services and project fund manager.

As acting deputy secretary for finance and administration, Hendry will manage a $2.7 billion annual budget, and direct the agency’s financial, procurement, information technology, and local government functions which support the construction and maintenance of the nation’s fourth largest state-owned highway system, the release stated.

“Ms. Hendry has a long track record of supporting the 10-year plan to assure successful implementation and I have every confidence she will continue the progress we have seen since 2017,” Hall said in the release.

Hendry previously worked in several managerial capacities in finance, procurement, and information technology with the South Carolina State Budget and Control Board, now the Department of Administration, the release stated.

Hendry has an MBA from Winthrop University and a bachelor’s degree from the University of South Carolina.