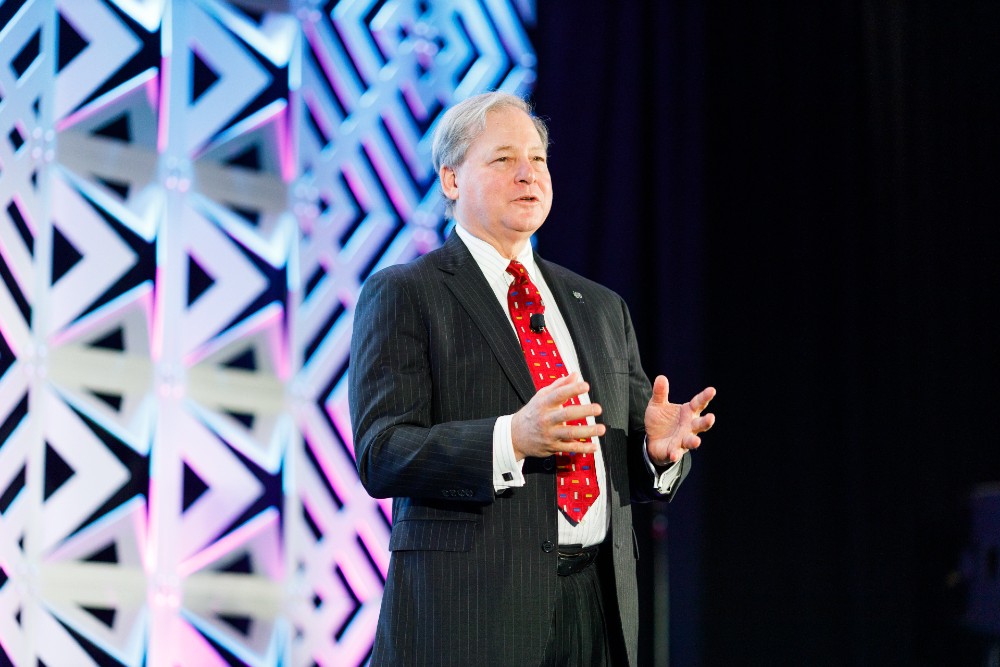 South Carolina is enjoying one of its busiest years on record for business recruitment, and manufacturing is leading the way, according to Secretary of Commerce Harry M. Lightsey III.

He joined leaders from three of the state’s hottest industries — life sciences, aerospace and automotive — on Nov. 3 at the S.C. Manufacturing Conference and Expo in Greenville for a discussion of the state’s economic outlook for 2023.

“Almost all of the biggest business recruitment we are seeing in the state right now is in manufacturing, and we’re going to continue to have a strong manufacturing backbone for our state’s economy,” Lightsey said.

He said several megatrends affecting manufacturing worldwide will also affect the state in the near future and for years to come, including changes in technology, an increased focus on sustainability and lingering supply chain issues which are causing many businesses to look at suppliers closer to home.

Here is a look at observations by industry leaders:

The life sciences industry is the fastest growing in South Carolina, with more than 1,000 companies statewide, according to James Chappell, president and CEO of SCBIO, the state’s economic development organization for the industry.

Life sciences contribute $25.7 billion annually to the state’s economy, he said.  More than 87,700 people are employed in the sector with an average salary of $87,369.

The industry’s presence ranges from homegrown firms like Nephron and Ritedose in Columbia and Poly-Med Inc. in Anderson to large national companies such as Thermo-Fisher Scientific, Zeus and Bausch and Lomb.

Chappell said SCBIO is working on a goal of turning South Carolina into a geographic hub for life sciences through a strategy that combines building workforce and partnerships, nurturing innovation and entrepreneurship and letting more people know what the state has to offer. SCBIO is getting middle school students interested in life sciences through Rad Lab, a mobile gaming platform that teaches them about the industry.  SCBIO is also working with the state’s technical colleges to help get more people trained in the industry, with a special focus on reaching minority and rural communities.

Dave Edwards, president and CEO of Greenville Spartanburg International Airport, said the need for new airplanes is growing worldwide while airports and the airline industry in general continue to recover from a drastic loss of air travelers during the pandemic.

“Airports are shifting from tactical to strategic planning at this point,” Edwards said. “Risk is still present in the industry but we’re seeing recovery, especially in markets that especially serve leisure travelers. The Myrtle Beach, Savannah and Charleston airports have been fully recovered to pre-pandemic travel levels since early 2021.”

Edwards said airports like Greenville and Columbia that serve more business travelers have not completely recovered but are seeing an increase in travelers again.

The largest growth in the airline industry is low-cost leisure travel provided by carriers such as Southwest, Allegiant and JetBlue. He said more airlines are also moving toward using larger airplanes and many legacy carriers are phasing out smaller regional jets. He predicted U.S. air travel would continue to grow but not fully recovery from the pandemic until 2025.

Studies show that 40,000 new airplanes will be needed in the worldwide fleet over the next 20 years, Edwards said, a statistic important in South Carolina, where the aerospace industry contributes $29 billion to the economy annually and companies like Boeing continue to expand their footprint. More cargo planes as well as passenger planes will be needed because of an increase in air cargo, with the air freighter fleet worldwide expected to grow by 75% by 2041.

International cargo and trade are important to the Upstate airport, with an average of $5.46 billion in international trade coming through the airport each year, he said. That number will continue to grow with ongoing trade deals such as the recent introduction of nonstop cargo flights from GSP to Asia through Maersk Air Cargo.

The automotive industry in South Carolina is undergoing a dramatic transformation in technology while also facing a workforce shortage, according to Suzana Cizmic, vice president and commercial plant manager for Bosch in Anderson.

Bosch, like other companies worldwide, is investing more resources in developing more sustainable technologies than the traditional gas-fueled engine. The company recently announced a $260 million investment for building electric motors in Charleston, which will generate 700 new jobs, and a $200 million investment to build hydrogen fuel cell stacks in Anderson.

The problem, Cizmic said, is finding employees with the skills to work in these new facilities. She cited national studies that show 41 million Americans left their jobs in 2021, including 8 million who permanently left the workforce. There are currently 1.5 job openings per unemployed worker, she said, and 40% of core skills needed for employment are expected to change by 2025.

“There is more of a demand for talent in high-tech and digitalization than there is a supply of workers,” Cizmic said. “There is a digital transformation going on in the industry, more use of artificial intelligence, and more focus on sustainability. Every month we have something new we are putting on the shop floor to improve what we do. What we really need, though, is the people to make it happen.”

Cizmic said Bosch, like other industries, is working with tech schools and local communities to generate interest in the multi-faceted automotive industry, which will continue to produce internal combustion engines and hybrid car models alongside the burgeoning market for electric vehicles.