Bob Novinger watched as butterflies danced around the Statehouse steps.

Cathy Novinger started the butterfly release 13 years ago to honor ovarian cancer fighters after founding the Ovarian Cancer Coalition of Central South Carolina. Thursday, the event was renamed in her honor by the coalition.

“I miss Cathy every day,” Bob Novinger said at the event. “This is the second year we have done this without her. It’s like a wound that never heals, but you know you have to live with it.”

Novinger died in December 2016. She was a former senior vice president of SCANA Corp., the former CEO of Palmetto AgriBusiness Council and a prolific community activist. The United Way of the Midlands named Novinger its 2010 Humanitarian of the Year.

Janet Prince, chairman of the coalition, said the renaming was a way of honoring Cathy.

“After her diagnosis, she saw a real need to educate women in the Midlands and across the state about the need for seeing a physician when something feels wrong,” Prince said. “This event is a time to remember those we have lost and honor those still in the fight.”

“We walked our journey together, and she passed away in 2010,” Prince said. “She was a fighter, and my best friend. I never want to see this event go away.” 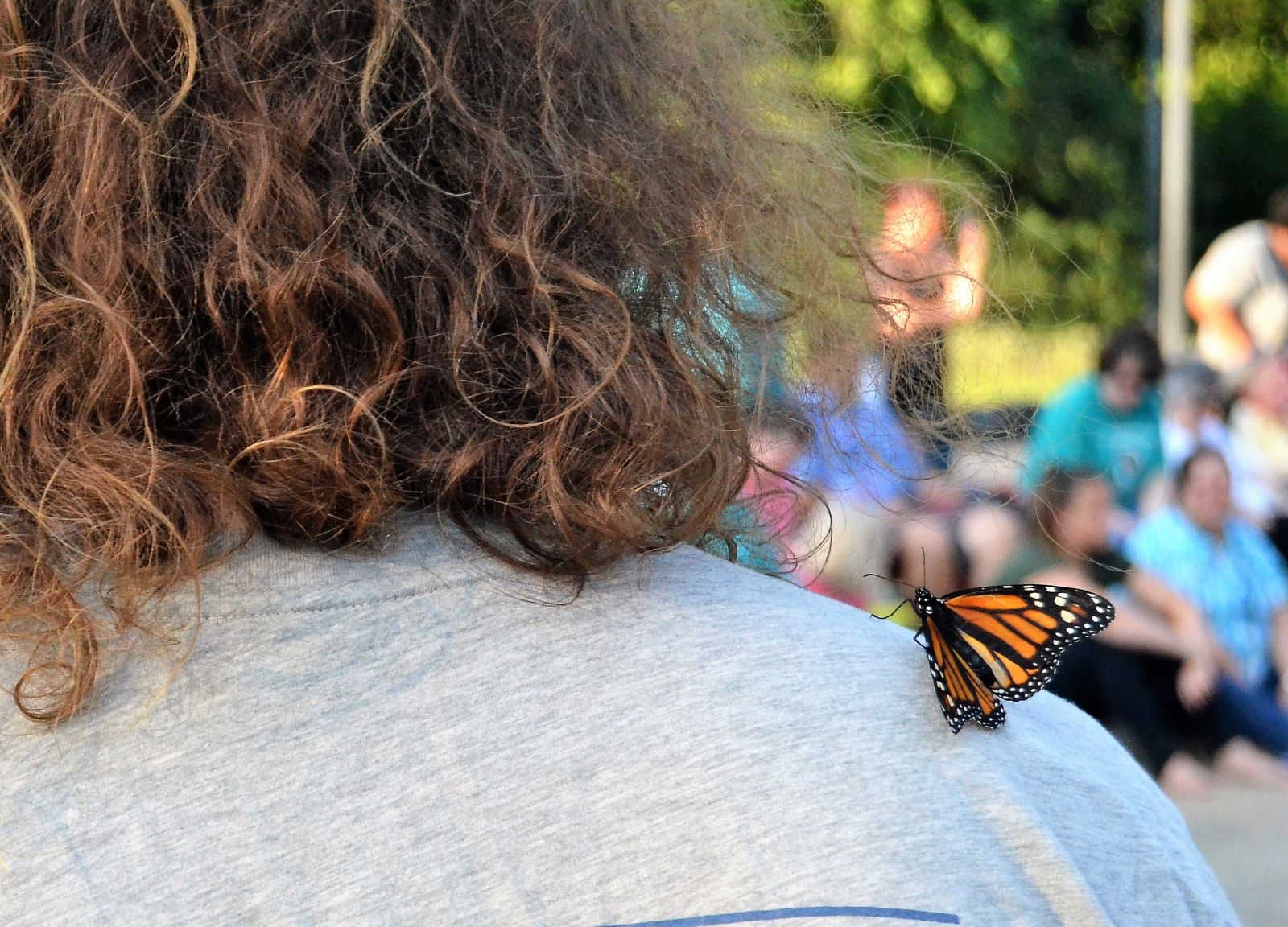 After her mother’s passing, Prince said she always saves one butterfly from the event to release with a kiss.

Cherie Nettles, event chair for the butterfly release, is a 16-year survivor of ovarian cancer.

“When I was diagnosed, it was Class 3C,” Nettles said. “Normally, that means a person has a 5% chance of a five-year survival rate. It has to be divine intervention that I am still here. I feel great and I’m excited about the event.”

After the event, Bob Novinger stood with his son Travis as they greeted well-wishers. He said he was grateful the coalition named the event for his wife of 48 years.

“On her headstone I wrote, ‘love of God, love of family and love of community,’ ” Novinger said. “As long as we’re still here, we have to keep remembering.”