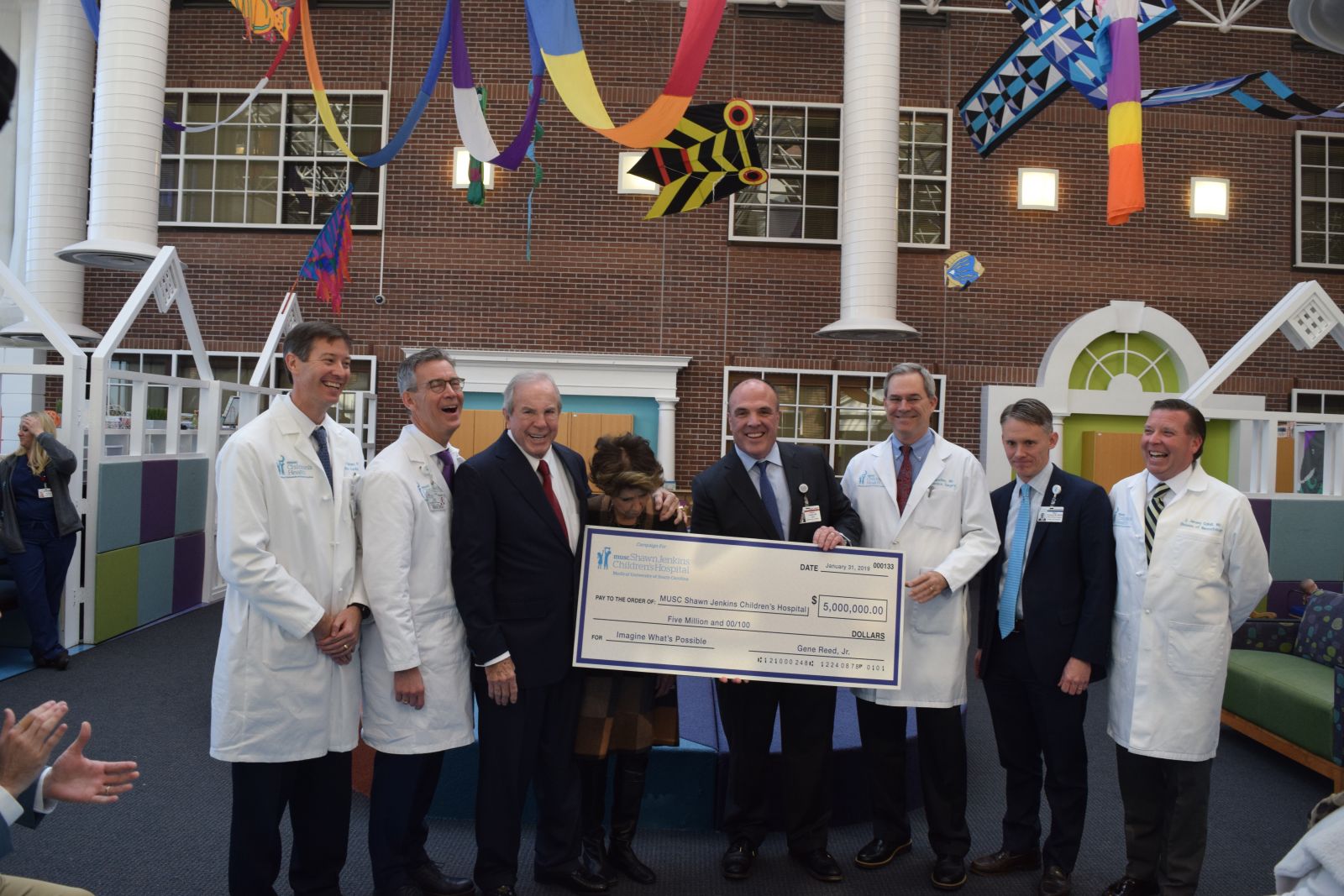 “This is not about me,” Reed said. “It’s about the medical university’s children’s hospital, and all you people that support the hospital — the doctors, the nurses, everybody — I appreciate what you do, my family appreciates what you do.”

The children’s heart program floor in the MUSC Shawn Jenkins Children’s Hospital, scheduled to open in October, will be named for Reed in recognition of his donation.

Dr. Mark Scheurer, chief of the children’s hospital and the Women’s Integrated Center of Clinical Excellence, said Reed’s donation will help make sure every child who needs care in South Carolina can receive it.

“That requires resources, people, program development,” Scheurer said. “That need never goes away. There’s never enough resources for that. So we have great outcomes, and we want to make sure far beyond all of us, those superlative outcomes are always met.”

Scheurer said in conversations with Reed about his donation, it was clear that his intention directly aligned with the mission of the children’s heart program.

“It’s fitting that a man with a big heart gives to the heart program,” he said, adding, “He wanted to make sure that he gave a gift that would be lasting beyond his time.”

Reed said donating to the program was “once-in-a-lifetime opportunity” to help some of MUSC’s most vulnerable patients.

“It’s an honor to be involved with something that will have such an important impact on the lives of these young people and their families,” he said.