Viewpoint: How implicit bias can hurt your bottom line and your brand

Imagine it’s Tuesday afternoon and there’s a big, beautiful sailboat streaming through Charleston Harbor. It’s in pristine condition and there’s a deep blue sail with the S.C. palmetto tree and crescent moon billowing in the wind. You know there is a captain on this sailboat. What does the captain look like? 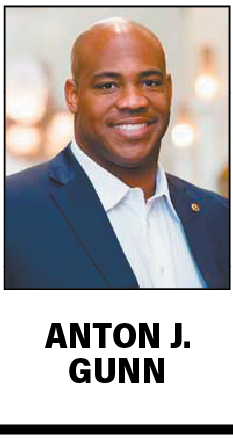 What if I told you that the captain was a young Hispanic woman? Is that who you pictured? The first image of the captain that popped into your mind is actually illustrative of one of your implicit biases.

No one likes to hear that they have implicit bias, especially when we work so hard to create and maintain professional environments where everyone feels valued.

Implicit bias simply means that we all have subconscious preferences, tendencies or inclinations and they are connected to positive or negative experiences, stereotypes or attitudes that we’ve had during our lifetime.

We exhibit these biases in our body language and decision making, consistently sending messages that we may not always realize that we are sending to others. It’s as natural as breathing.

What may not be as natural for us is understanding how these implicit biases affect our decision making in our professional lives and how they can lead to bad decisions that hurt an organization’s growth or a customer’s overall brand experience.

We know from decades of research that increased inclusivity of diverse individuals in the professional space leads to innovation, improved profitability, higher rates of employee retention and engagement, and deeper levels of customer and client satisfaction.

By talking specifically about implicit bias, we broaden what it means to be inclusive and open to the diversity that exists in our community.

If we better understand the reasons or experiences that have led us to have certain biases, or just admit they exist in the first place, we can make real changes in how we implement inclusivity in professional or service environments.

So how do we get these biases? I played college football for the University of South Carolina, so I have a positive bias for others who were student athletes. I am also a foodie. There are restaurants that I like and don’t like, based on only one experience that I’ve had.

I have a positive implicit bias toward military service members because I grew up as a fourth generation military brat and I respect what it means for someone to serve this country. I’m working on a negative implicit bias that I have toward individuals with lots of visible tattoos. More on that in a minute.

When we are under stress, pressed for time or need closure in some way, our biases work harder, faster and more aggressively.

Look in health care. First-year residents are some of the most brilliant, hardworking — and, frankly, overburdened — physicians within the medical system. They are fresh out of school with the most recent knowledge and best practices at their fingertips, right?

In a study conducted by the University of Virginia in 2015 and detailed in the journal Proceedings of the National Academy of Sciences, first year residents were asked some fantastically inaccurate questions related to treating pain.

What researchers found was that a large number of white residents held false beliefs about biological differences between black and white people (e.g., black people’s skin is thicker; black people’s blood coagulates more quickly) that could affect how they assess and treat the pain experienced by black patients.

Another important finding in this study was that white residents who did not agree with the false differences did not show the same bias in their treatment decisions for black patients.

This study demonstrates that while implicit bias is a very real thing, recognition of that bias and efforts to correct wrong information or beliefs can help us avoid bad decisions and outcomes.

At the Medical University of South Carolina, our senior leaders and board of trustees recognize the important role that implicit biases may play in health care decision making, including the quality of patient care delivered, readmission rates, medical error rates and more.

In one of several campuswide initiatives, we’re encouraging our team members to understand their own individual implicit biases by taking a nationally recognized implicit association test created by Harvard University. It’s through this test that I first uncovered my negative implicit bias toward people with lots of visible tattoos.

When I was growing up, I was jumped by a group of gang members who had visible and specific tattoos. I knew lots of people with visible and gang-related tattoos who ended up in jail or prison.

An example of this in action is when I met the mayor of a small town in Pennsylvania. I didn’t know he was the mayor when we began talking; he was just a big guy with a big beard, covered in tattoos. Not only did I learn that he was the mayor, but I also learned that he was tattooing his body to honor the homicide victims in his town.

Getting past my implicit bias in this case enabled me to have a better conversation and understanding of that community and its needs.
Implicit bias can include ethnicity, gender, sexual orientation, body size, appearance, level of formal education and so much more. It affects how we hire, fire and promote people, and it affects how we grow our businesses and organizations if we choose to ignore it.

The goal is not to educate people out of their implicit biases but to increase awareness of how all brains work in this way and how it might be holding us, our companies, our communities and each other back.

Anton Gunn is the chief diversity officer at the Medical University of South Carolina.