SC Biz News is speaking with small businesses and community leaders about the impact of the new coronavirus on business and industry, and how this is changing how they operate.
Contact Ross Norton, rnorton@scbiznews.com, with any questions or ideas.

Kevin Dobbs looks up and down College Avenue in Clemson and sees a few open doors and a lot that are closed.

He doesn’t like the empty streets or the locked doors, but he did see an opportunity to find new customers. 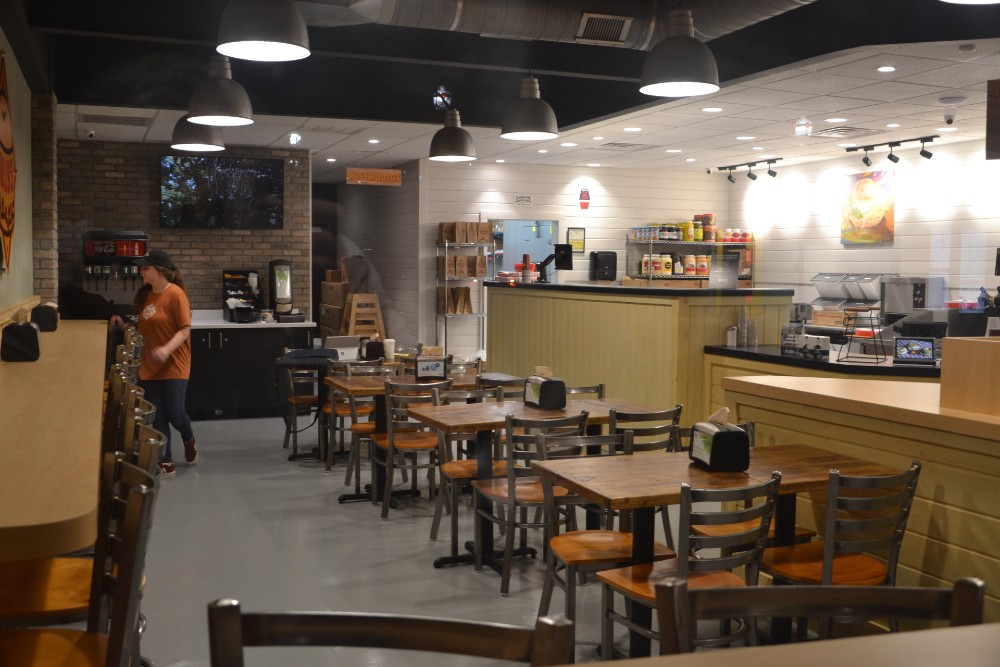 His Sully’s Steamers restaurant was open just two months before part of it was closed by order of the governor, who decided — and Dobbs doesn’t disagree — that dining rooms should be shuttered for the health and safety of a public dealing with COVID-19, the new coronavirus.

Scalability was one of the things about Sully’s Steamers that appealed to the entrepreneur. He knew he could scale up for robust times like football Saturdays and scale down for slower times, such as summers and holidays — important flexibility in a town where the university’s student enrollment exceeds the local population.

The eighth week of business was supposed to be robust, however. College Avenue was supposed to be jammed with students, faculty, university staff and the web of people they attract. Clemson University extended spring break, though, and eventually moved classes online during the same week that Gov. Henry McMaster ordered dining rooms to close.

It was a double blow to downtown Clemson. Where motorists generally drive with a foot on the brake, stopping constantly for a steady stream of pedestrian traffic, there was hardly a car, rarely a pedestrian.

The way Dobbs saw it, there was really nothing else to do but keep selling his sandwiches on that first day of a dining room-less state, and every day since.

“I took the menu out and went to a bunch of businesses on (U.S. Highway) 123 and College Avenue, everywhere they were open, and said hey,” Dobbs said. “I said hey and reminded them that we are open. You are always looking for differentiator in business, and if it’s as simple as we’re open and they’re not, then it keeps us ahead of the curve.”

Sully’s Steamers doesn’t have a drive-though window, so Dobbs or his staff carry orders to the sidewalk. He said there’s no way to measure the success of his efforts, but as of Monday this week he had sold 60 to 80 sandwiches each day since his dining room closed.

“It’s all relative. No day has been great, but every day has been better than I would have expected under the circumstances,” he said. “Will it break even? I don’t know. But it will pay off down the road. The effort’s an opportunity to recalibrate who we are and how we’re doing what we do without losing our fundamental identity.”

He does believe that everyone who orders a steamed bagel sandwich from his restaurant during this time of isolation will remember it. He thinks they will associate the experience as a good moment in what will be long-held memories of strange days. He said a spirit of camaraderie is evident as sandwich makers and eaters acknowledge an appreciation for one another.

“I’ve had people drive over from Greenville. At least six families came over and they were getting out, too, going hiking or going to the lake,” Dobbs said. Their efforts were to get out for themselves and spread some support among businesses, he said.

Dobbs said there is a resilience that comes with the entrepreneurial spirit that has become more evident to the rest of the public in recent days, as small-business owners tackle the challenge of an economic hit that no one could control.

“I’ve spent the last week talking to people who are coming in,” Dobbs said. “They’re going to remember they ate here. We had more new customers than returns last week. Are we doing something magical? Not at all, but we’re certainly staying energized.”