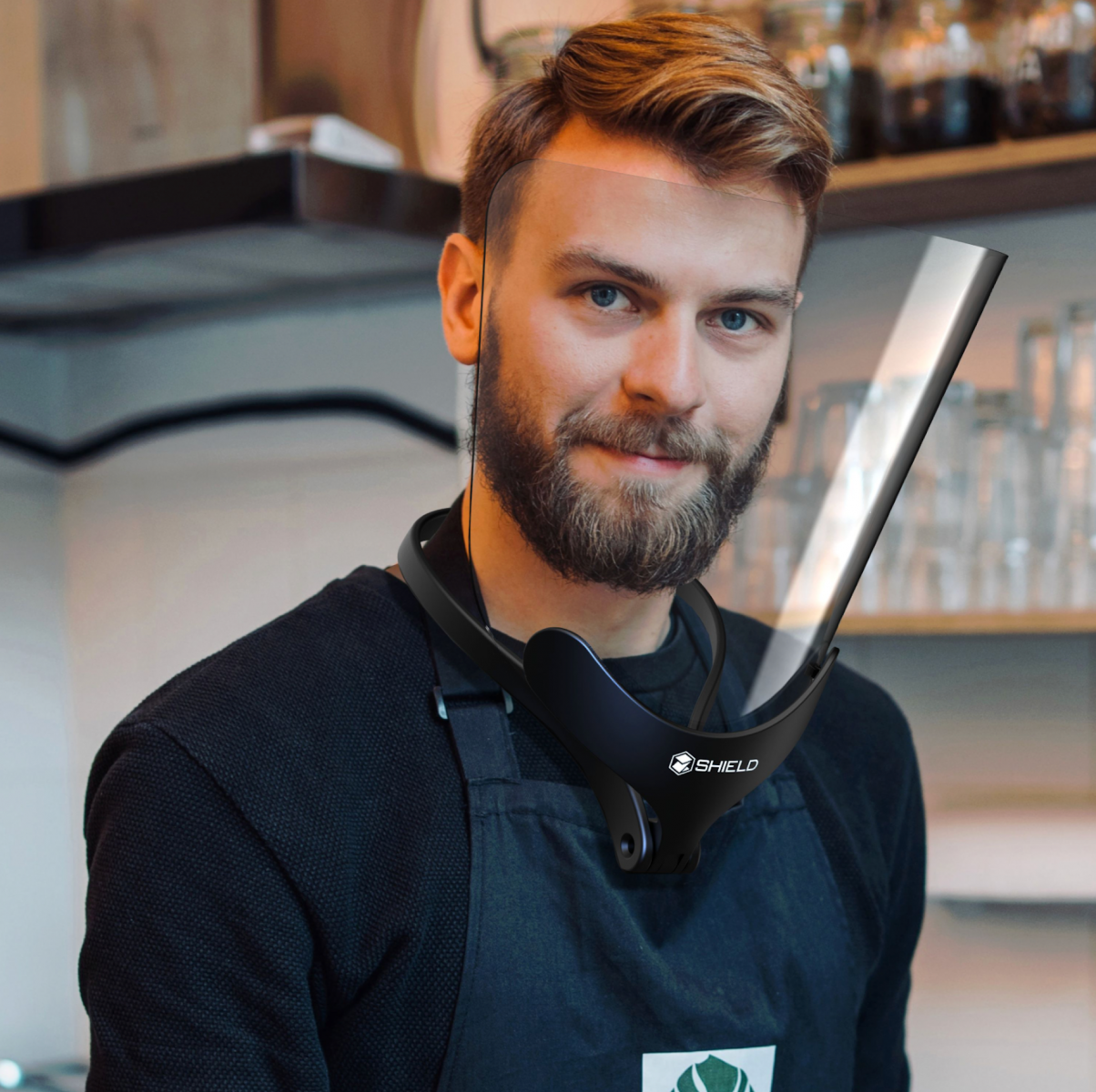 Few things were as real or as ugly as the spreadsheet in front of John Carrington’s eyes.

The state, the country, the world was shutting down because of the new coronavirus, but the spreadsheet with a list of employees at Columbia-based 3D design and manufacturing company ZVerse drove that reality home. Carrington, ZVerse CEO, realized he may soon have to start cutting jobs at the 20-employee company he founded in 2013.

If things didn’t turn around, it could be all 20, including his own.

Then the phone rang. And the emails started. And direct messages started rolling in through social media.

“I started getting calls from CFOs of hospitals, and they were frantic,” Carrington said. “Usually you can’t get to them. And they’re calling me. I posted a couple of things on Facebook and got inundated with emotional doctors, nurses, hospice workers. I’ve known some nurses, and they’re pretty tough. When you see that they’re scared, it makes you scared.”

Carrington quickly understood how far the problem stretched beyond his company but also saw that ZVerse had an opportunity to help that would allow its employees to keep working.

Through its proprietary computer assisted design platform for digital manufacturing, Zverse designers create custom, manufacturable 3D files that are returned to the client for production. Drawing on his company’s technology and his business relationships, Carrington, along with with industrial designer Scott Henderson, set to work.

On March 23, ZVerse launched its reusable face shields designed for high-risk environments such as hospitals and coronavirus testing sites. In a matter of weeks, Carrington and his colleagues had designed and delivered more than 3 million face shields, and ZVerse has since received purchase orders for more than 11 million shields.

Customers include Prisma Health, the Veterans Health Administration, Concourse Federal Group, the state of South Carolina, Kaiser Permanente, the S.C. Department of Corrections and Roper St. Francis Healthcare, according to a news release.

By July, Carrington expects to have delivered 20 million face shields.

Six weeks after he stared at a spreadsheet in desperation, Carrington has managed to not just avoid laying off employees – he’s more than doubled his staff. The company now has 45 employees, and Carrington thinks his payroll could reach 100 as he ramps up face shield production.

ZVerse is preparing to expand its operation by 30,000 square feet as Carrington looks ahead to a post-pandemic economy when customers — especially those spending money in the service industries — will want reassurance that the person serving them is not making them sick.

The company is aiming its new generation of protective face shields, called the ZShield Flex, at workers in industries including restaurants, retailers, salons, grocery stores, food plants and the elective medical sector. The futuristic shields serve as a deterrent to COVID-19 and a more functional alternative to cloth face masks, according to the release.

ZShield Flex has a neck mount, which provides relief from head pain and skin sensitivity associated with traditional shields. For nonmedical use, Zverse said the design is more practical than masks because it makes breathing easier.

Carrington said his business model is aimed at addressing not just the pandemic but a world that he believes is changed forever.

“The demand for facial protection is rapidly rising as we move toward reopening the country,” Carrington said in the news release. “In addition to shielding front-line critical care workers, we are facing a tsunami of requests coming from dentists, restaurant owners, food plant workers and hair stylists, among others. Our new shields are designed to not only protect users but also make people feel comfortable as they begin to venture out of their homes. Restaurants and public gathering places are not meant to feel like hospitals.

“This new shield offers a solution that allows workers to breathe easily and clearly communicate while protecting themselves and customers.”

Great. Where can the average citizen get this and how much do they cc ost

Check out the link in the story for "ZShield Flex" - it has a "small order" section. You can buy them one at a time there. // Beverly Barfield, senior copy editor