The S.C. Department of Health and Environmental Control is working with other state agencies to develop a COVID-19 vaccination testing plan.

The S.C. Emergency Management Division, the S.C. Hospital Association, State Law Enforcement Division and other organizations are developing the plan in accordance with federal guidance, according to a news release from DHEC.

“Although we don’t know exactly when vaccine will be available in the U.S., I want to assure you that DHEC is forging partnerships and following federal guidance for developing a plan for distributing the vaccine within our state when it becomes available,” Stephen White, DHEC director of immunizations, said in the release. “This plan will be built on the guidance and recommendations from the CDC, the U.S. Department of Health and Human Services and other federal agencies.”

The number of doses of the vaccine, when available, will be limited initially and allocated to those at highest risk of contracting the new coronavirus and those at highest risk of death, according to the release. That includes frontline medical workers and critical infrastructure employees as defined by the Centers for Disease Control and Prevention.

“We have been assured by key scientific stakeholders like the National Institutes of Health that no vaccine will be released until it has undergone the rigorous scientific and clinical testing that all vaccines in development are held to,” White said. 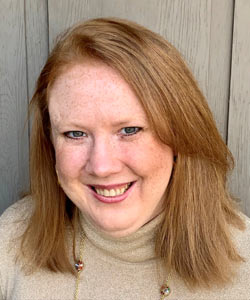 “Understandably, Joan has made a career decision that she feels is in the best interest of her family and we respect this decision,” acting DHEC director Marshall Taylor said in a news release. “Joan is a brilliant physician who is passionate about public health and we greatly appreciate the time she spent with DHEC as our director of public health. We wish her the best of luck in her future endeavors.”

Duwve will remain with DHEC in an advisory role until Oct. 1.

“I have the utmost confidence in Brannon’s ability to lead the state’s public health efforts during these challenging times,” Taylor said. “Brannon’s breadth of experience and knowledge in medical practice as a surgeon as well as the chief medical officer for the state’s COVID-19 response, uniquely positions her for this critical role and I look forward to our continued work together.”

Traxler, a Greenville native, previously practiced as a surgeon in South Carolina.