The owners of a new business that offers intravenous therapy officially opened for business in Mount Pleasant this week. 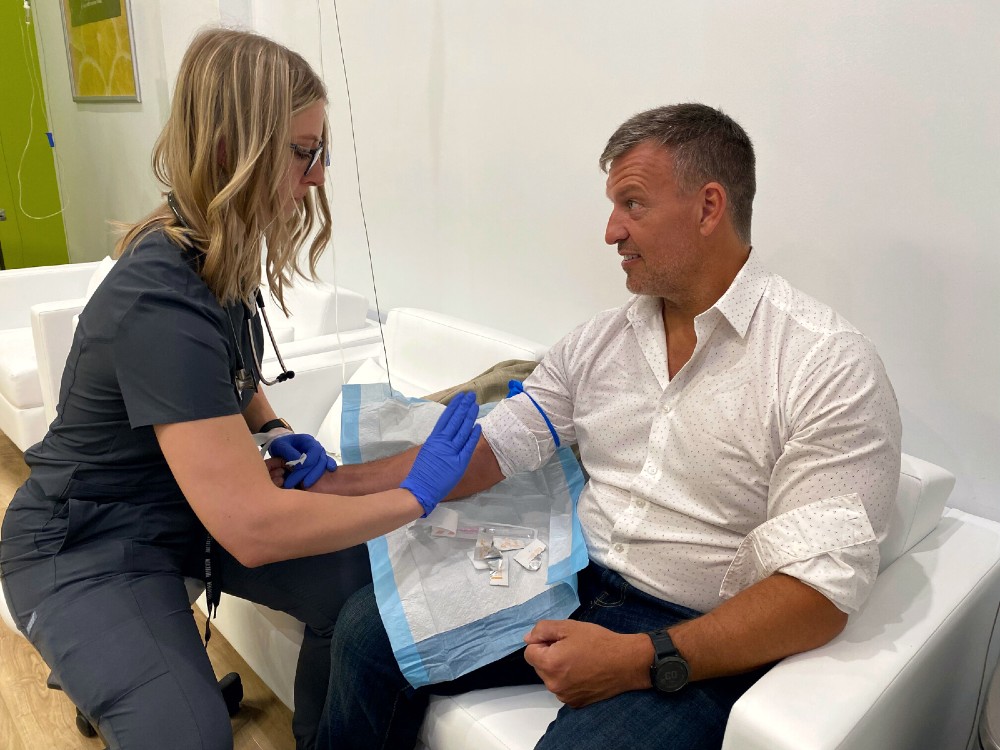 The DripBar offers intravenous therapy, which delivers nutrients directly to the body. These “drips” are administered by registered nurses practicing standards set by The DripBar executive team and research and development council, according to a news release. The therapies support the body's cellular regeneration more effectively than oral supplementation, whether a person is recovering from a short-term illness or living with a chronic disease, through nutrient-dense IV drips that promote healing at the cellular level, the release said.

"We help people optimize their health by giving them their vitamins through an IV or an IM shot," Andrew Stocker said.

By opening The The DripBar, the Stockers hope to make the benefits of IV therapy more accessible to those who need it, the release said. In the future, they plan to launch a mobile service that will bring their therapies to busy professionals and those who are homebound.