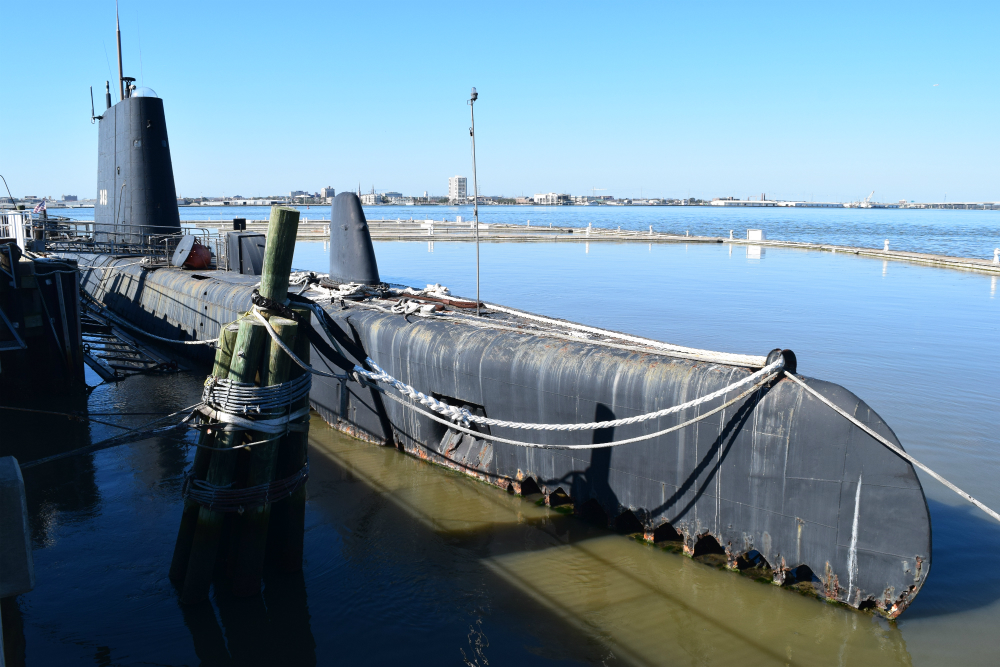 The only Guppy III submarine in the United States open for museum tours may become an artificial reef off the Florida coast.

For now, the USS Clamagore, a more-than-320-foot submarine that was decommissioned in 1975 after 30 years of service during the Cold War, is rusting in Charleston Harbor at Patriots Point. 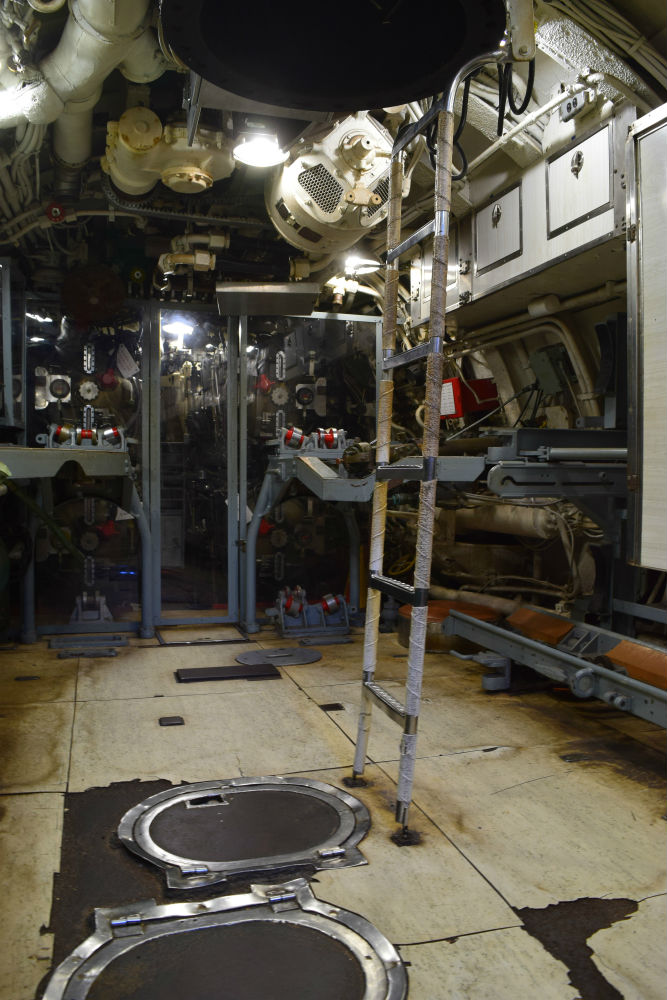 The price of admission at Patriots Point includes a tour of the submarine, but Executive Director Mac Burdette estimates that only 25% of visitors do so. Instead, most visitors go to the sub’s much larger neighbors, the USS Yorktown aircraft carrier and USS Laffey destroyer.

Patriots Point doesn’t have the estimated $6 million it would take to renovate and restore the Clamagore, and, if it did, the return would likely not be worth the investment, Burdette said.

“If we had $6 million sitting in an account somewhere that wasn’t obligated, I can tell you right now, I would be recommending to the board that we spend that money on the Yorktown because that’s what sells the tickets here,” he said.

The Patriots Point Development Authority board voted last year to give Artificial Reefs International – USS Clamagore, a subsidiary of Miami-based CRB Geological and Environmental Services Inc., exclusive rights to convert the Clamagore into an artificial reef. On Jan. 10, the company secured 25% of the $4 million needed to make that happen.

The board of county commissioners in Palm Beach County, Fla., unanimously voted to pay $1 million toward the submarine’s being cleaned, towed and sunk in 90 to 100 feet of water off of Jupiter or Juno beaches. The contract will be voided if Artificial Reefs doesn’t raise the remaining $3 million from private sources within a year.

If the plan is accomplished, Robbins said the county is considering stripping back some of the submarine’s outer walls and putting in steel bars so that divers could look inside but not enter the vessel.

“We don’t imagine divers being able to go into a torpedo launch tube, but we’d like divers to be able to at least be able to peer into the sub,” he said. “We think that would add a lot of appeal.”

Despite the $100,000 a year Patriots Point spends on maintenance, the Clamagore continues to deteriorate as it sits in salt water. If a large hurricane hit Charleston, Burdette has said, the sub could turn over, its tanks could rupture and the vessel could sink, which could flood the harbor with asbestos, oil and other hazardous materials. 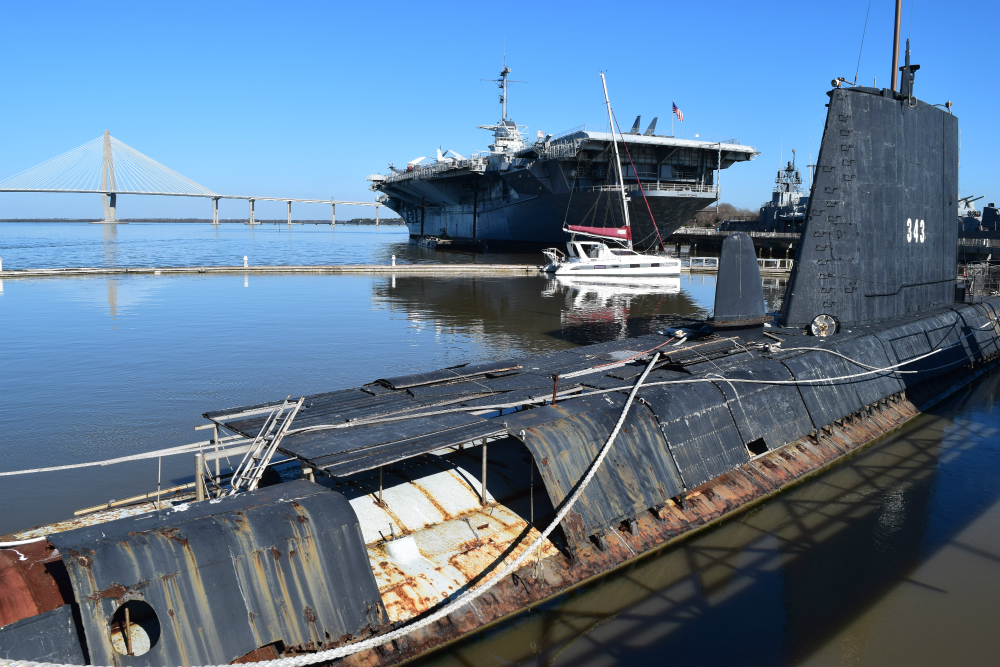 Cleaning the ship and passing U.S. Environmental Protection Agency inspections will be required before the vessel can become an artificial reef. The Navy, the Department of Interior — through the S.C. State Historic Preservation Office — and the Coast Guard also will be involved, Burdette said.

Once the money is raised and approvals granted, the docks at Charleston Harbor Resort and Marina would need to be taken apart so that barges can maneuver the Clamagore into the harbor. From there, the Coast Guard would take it to Florida, where it would be placed in a metal “cradle.”

“A sub has to be placed into a cradle and then lowered onto the bottom. A sub just dropped on the bottom would likely roll around in a storm, and we can’t have that,” Robbins said.

Landside memorials in Palm Beach County and at Patriots Point also would be built so veterans and their families can still have a place to visit without scuba gear.

Artificial Reefs International projects that the Clamagore could be sunk by July, but Burdette said he thinks sometime in the fall is more realistic.

“It’s a great ship. We certainly don’t take any joy that it’s not going to be a museum piece anymore,” Burdette said. “But there is a business element to what we do.”

“I’m kind of bummed and hoping they don’t succeed so we can swoop in, but that’s kind of a Don Quixote attitude at this point,” said Marlin Helms, vice chairman of the USS Clamagore Preservation and Memorial Association.

The association, a Tennessee-based nonprofit, has been trying for years to have the submarine relocated to the Knoxville area to become the central attraction of a military history museum. The group has looked at sites to buy for the museum but hasn’t been able to secure a location or the funds to move the Clamagore.

Helms said he was disappointed with Palm Beach County’s vote, but he said the association is not giving up hope that something will fall through with the reef plan.

“Being realistic, the best thing we can do is if they fumble somehow, we pick up the ball,” he said.

If the vessel doesn’t become an artificial reef, Burdette said the last resort will be to send the Clamagore to a scrap yard in Brownsville, Texas, to be cut into razor blades. Although he doesn’t like the reef idea, Helms said, he would rather see the submarine sunk than take a trip to Texas.

“You live for long, extended, isolated times with a bunch of other guys on a submarine. It’s really your home,” Helms said. “You’re there more than you are at your own home ashore. So there’s definitely an affection that sailors have for their ships and probably more so for submariners. The fact that she’s still available to go see, even though most of us won’t be able to, is one step up from sending her down for razor blades.”

This story originally appeared in the Jan. 23, 2017, print edition of the Charleston Regional Business Journal.

Too bad it couldn’t be hoisted and secured on land somewhere.