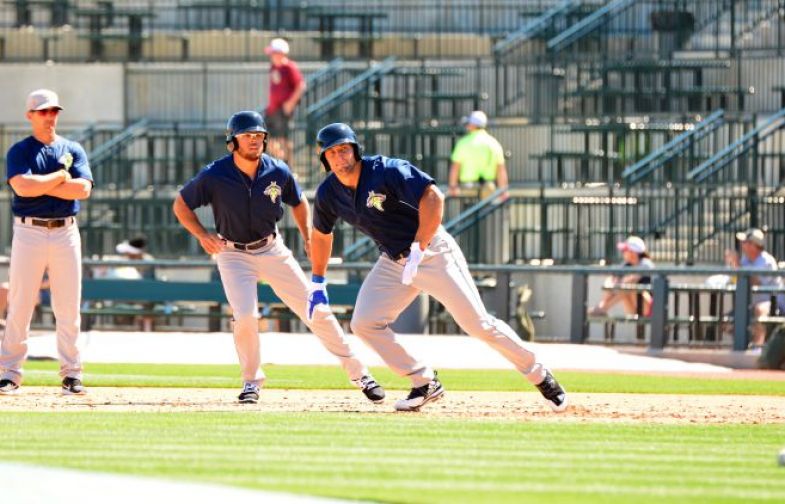 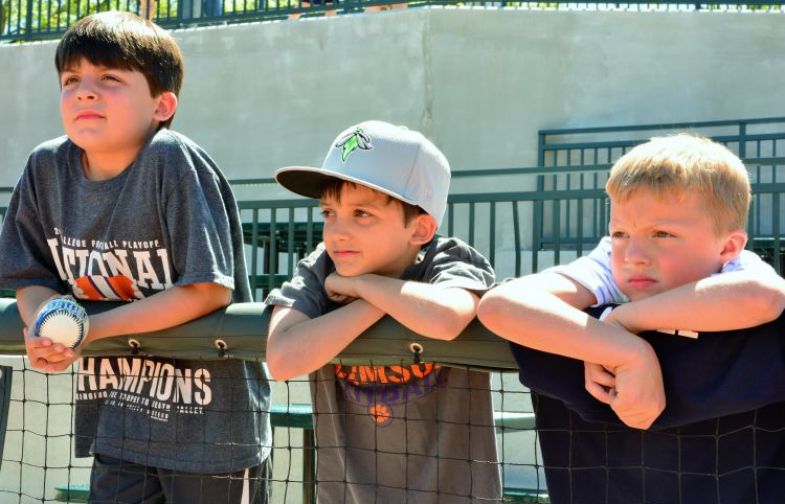 Kids gathered along the first base line to catch what Sunday's practice. (Photo/Chuck Crumbo) 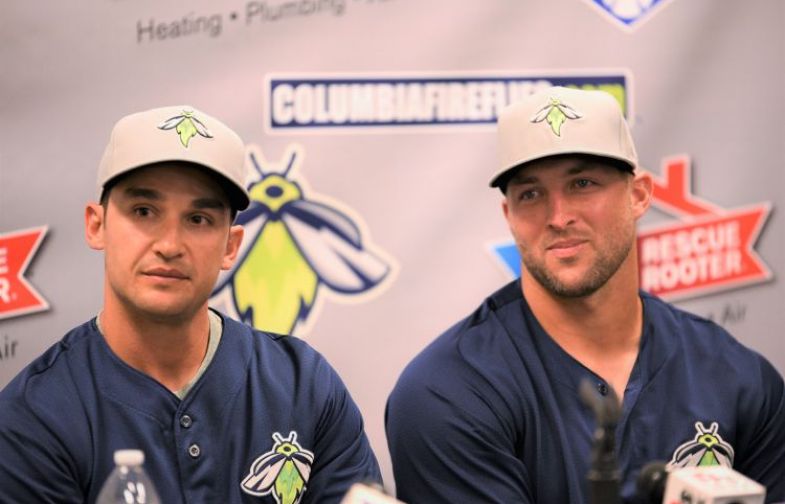 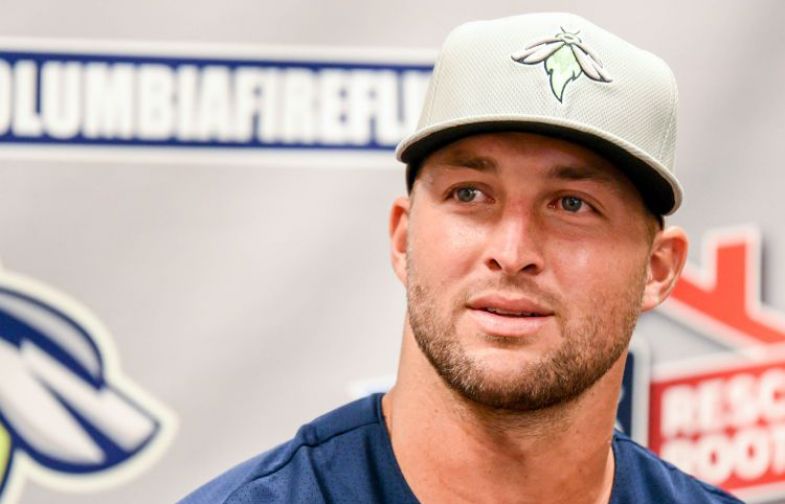 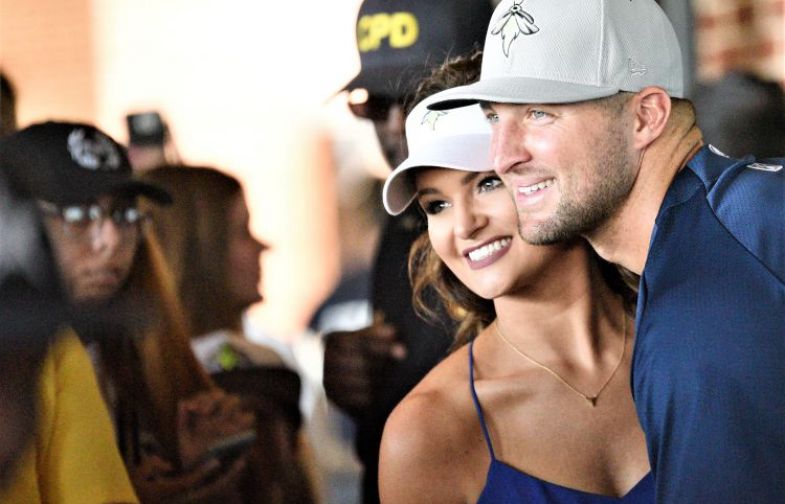 Tebow poses for a pic with fan. (Photo/Chuck Crumbo) 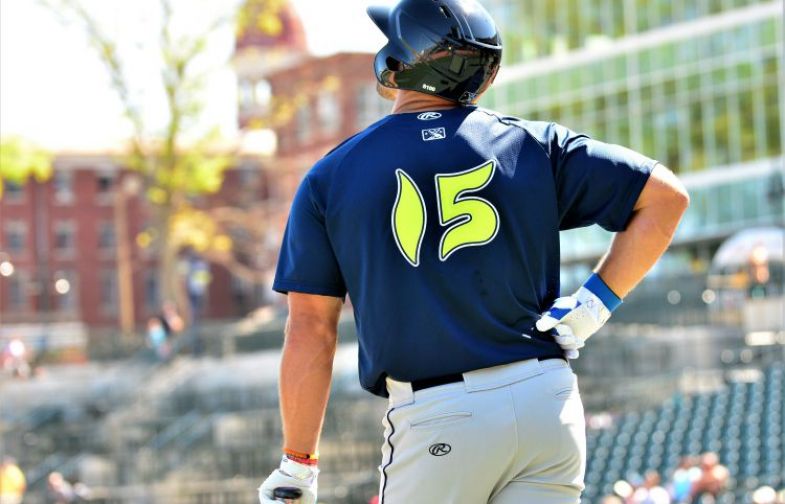 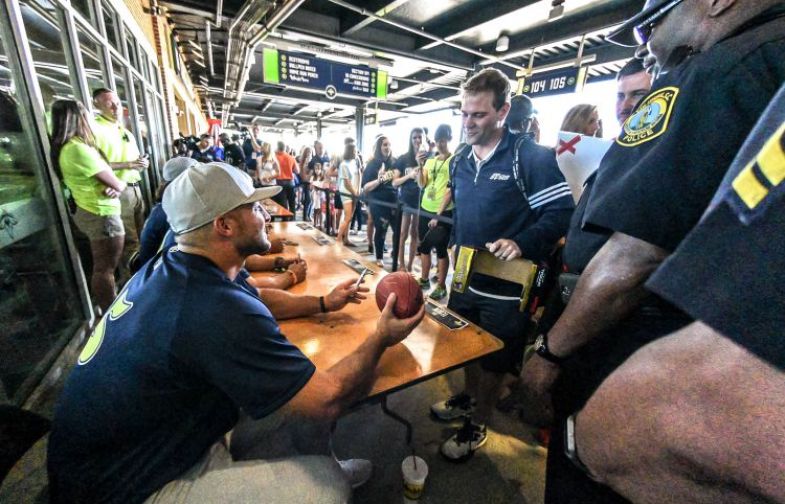 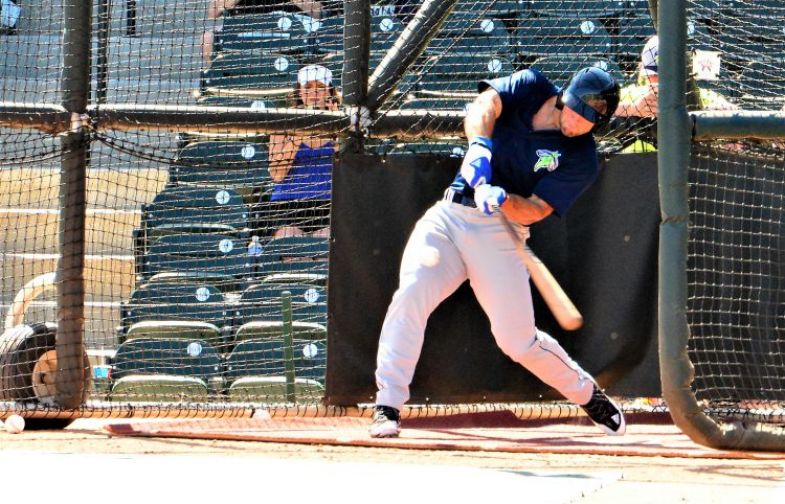 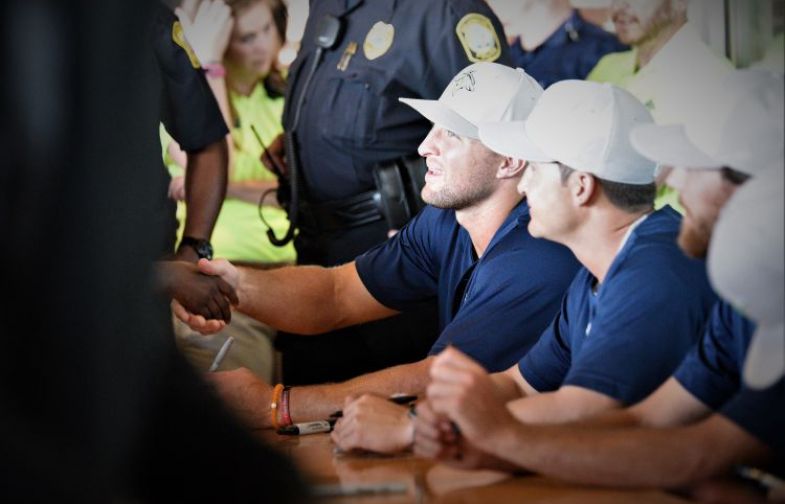 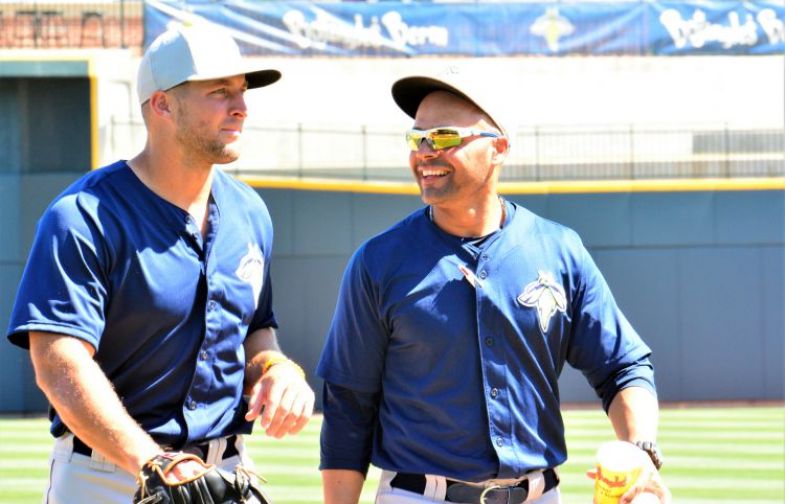 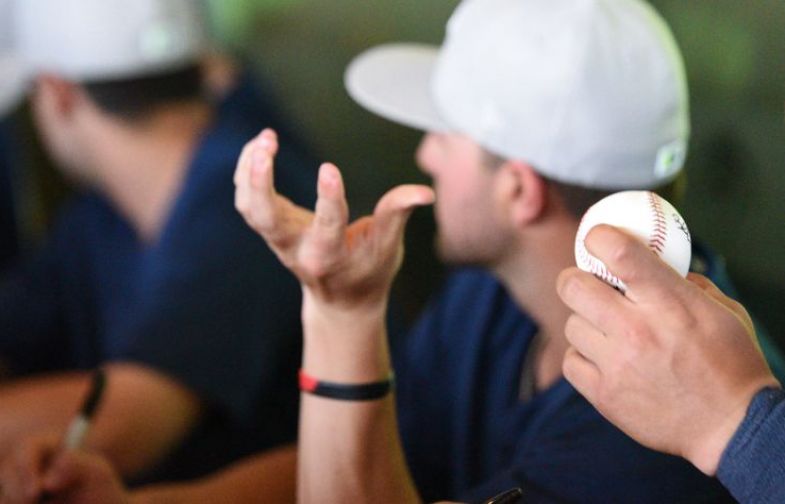 Players pass along a baseball to be signed during Sunday's FanFest at Spirit Communications Park. (Photo/Chuck Crumbo) 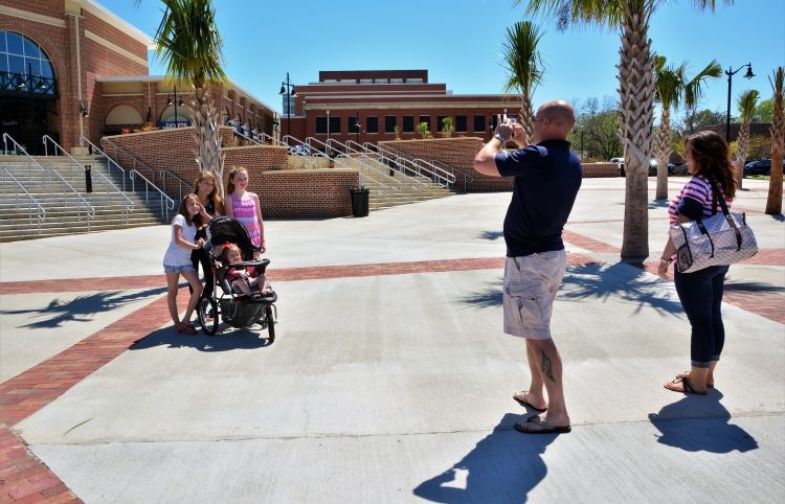 A number of football jerseys dotted the crowd Sunday at Spirit Communications Park as fans flocked to get a glimpse of Heisman Trophy winning quarterback Tim Tebow.

After three years in the National Football League and a stint with ESPN television, 29-year-old Tebow ventured into the world of professional baseball. Having signed a deal with the New York Mets, Tebow spent the fall in the Arizona Instructional League. He worked with the Mets during spring training, and was designated for assignment in Columbia.

“I’m excited about getting a chance to compete every single day, where the wins and losses count,” Tebow said in an interview Sunday during Columbia’s FanFest.

Hundreds lined up outside the gates of Spirit Communication’s Park waiting for their opportunity to see the former Florida Gator. Fireflies’ officials said they expected between 4,000 and 5,000 fans at the park Sunday.

The team worked out on the field in front of fans, then took batting practice before sitting down to sign autographs.

Fireflies President John Katz said he is excited about the upcoming season, and expects even more after a successful first season.

“Last year, it was hard to judge what we were doing, because there were no benchmarks,” Katz said. “This year we expect a lot more people and a lot more memories. This will be an exciting team to watch.”

The Fireflies, who last year drew 261,134 fans to Spirit Park, open the regular season Thursday against the Augusta Greenjackets. Columbia manager Jose Leger said Tebow is likely to get the start in leftfield.

“He’s been working very hard since the spring,” Leger said. “I got an opportunity to meet him during the spring and he’s making progress by the day, so we’re very happy to have him here and very happy to work with him.”