Bone-In Barbeque, owned by Chef Scott Hall of Scott Hall Catering and the Bone-In Artisan BBQ on Wheels food truck, will be the first restaurant in Columbia’s 181-acre BullStreet neighborhood. 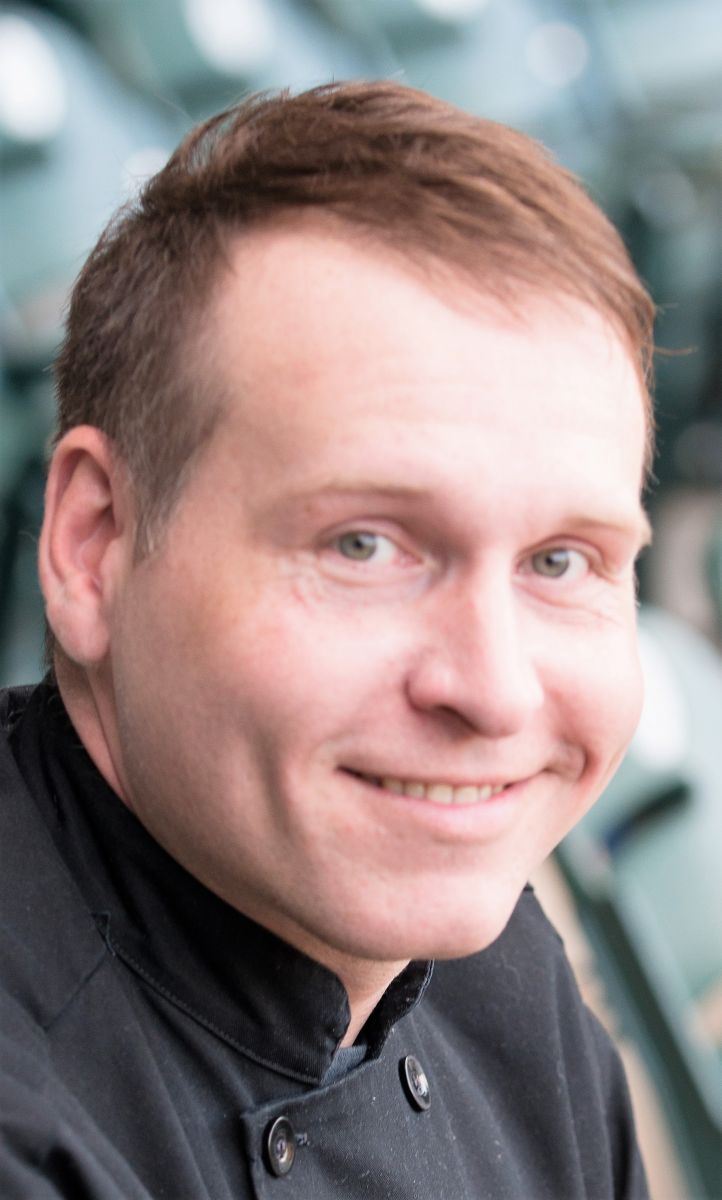 The restaurant, expected to open in the fall of 2017, will occupy the first floor of the Ensor Research Laboratory building, adjacent to the entry plaza of Spirit Communications Park.

The 3,600-square-foot dining room will have a bar with seating for 80 guests and an outdoor patio for 40 customers. A private dining room is planned to accommodate 15-20 guests for group dinners, small receptions and business meetings.

“Our vision is to create a relaxed destination restaurant that will draw people from across the Midlands to stop in for lunch, happy hour, dinner, and eventually, brunch on the weekends,” Hall said.

A Lexington native, Hall cooked for 12 years in New York City, where he earned a spot in the kitchen at acclaimed restaurant Prune and went on to co-found a full-service catering company before returning to South Carolina in 2009. After launching the Bone-In Artisan BBQ on Wheels food truck in 2010, Hall appeared on the Cooking Channel television shows, “Man Fire Food” and “Eat St.” which also was aired on Food Network Canada and Food Network Europe, as well as the Travel Channel’s “BBQ Crawl” and Bravo’s “Newlyweds.”

His work was recognized in GQ and Smithsonian magazines, as well as Midlands and South Carolina press outlets. Scott Hall Catering will utilize the commercial restaurant kitchen at Bone-In Barbeque to increase capacity and expand operations.

“Our roots run deep in Columbia, and we want to blend our heritage into the transformation of BullStreet to create an authentic local dining experience that will make Columbia and all of South Carolina proud,” Hall said in a statement.

The Ensor Building is in the center of former state hospital campus that’s undergoing redevelopment. It is adjacent to the 100,000-square-foot First Base Building, the largest private office building built in Columbia since 2009 and home to Ogletree Deakins Law Firm, Founders Federal Credit Union, and TCube Solutions. The SOCO co-work and event space is located one block away, and 28 townhomes are planned at TownPark at BullStreet nearby.

The historic Ensor building is undergoing renovation by Buchanan Construction Services and Studio 2LR Architecture + Interiors, with some design inspiration from 4240 Architecture in Denver.

“We could not be more excited to welcome Bone-In Barbeque to BullStreet,” said Robert Hughes, president of Hughes Development Corporation and project manager at BullStreet. “We said from the beginning that this project had to be authentic to Columbia, and there’s no better way to do that than to partner with one of the most well-known and successful restaurateurs in the market. Scott’s energy is contagious, and we think he will be extremely successful at BullStreet.”