Hospitality and Tourism
Print Story
May 04, 2017 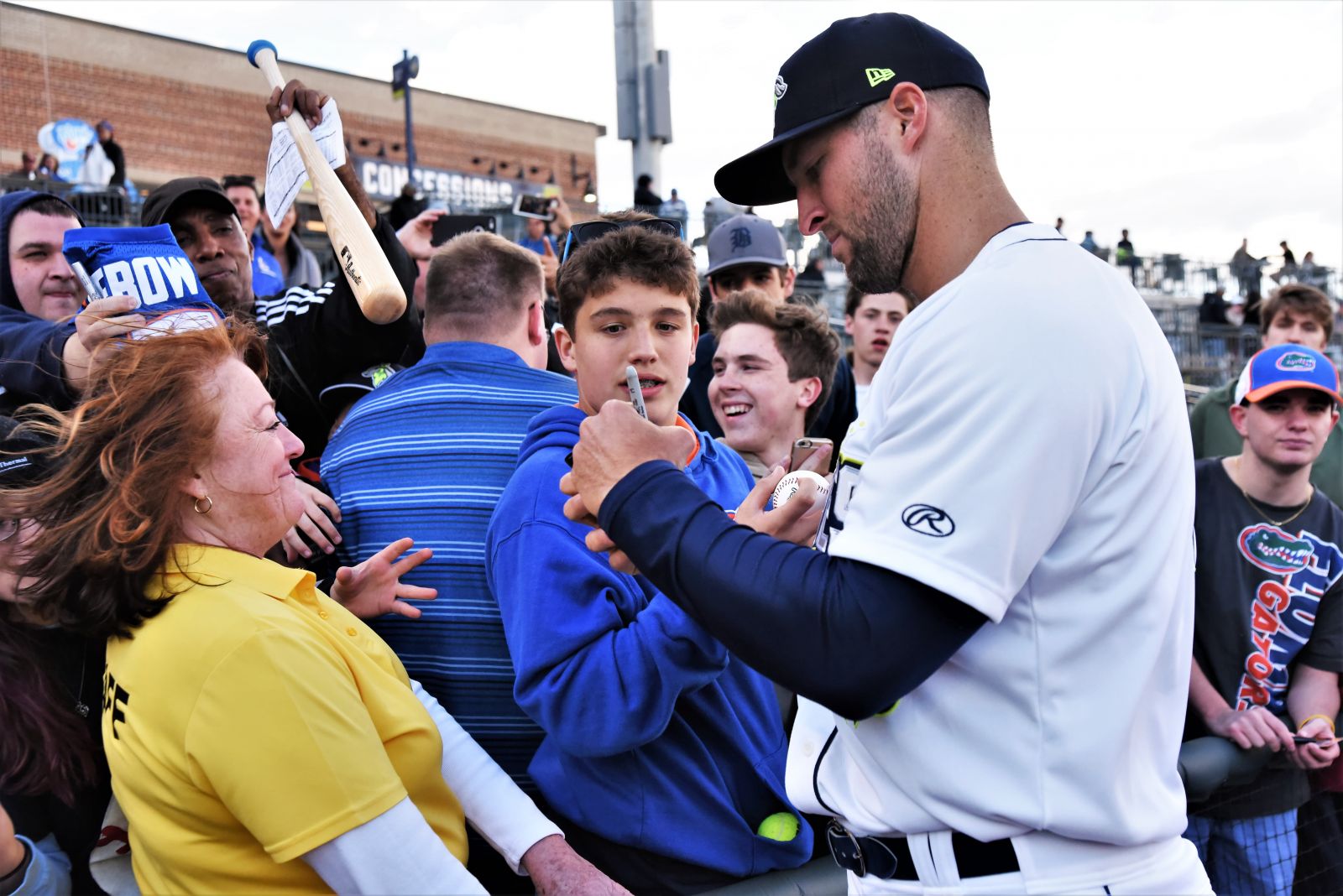 It’s been a month since Tim Tebow donned a Columbia Fireflies jersey, strode to the plate and cranked a home run on the opening night of the season.

In his first month with the team, Tebow is batting .232 with two home runs and nine RBIs, but his highlights dominate the Fireflies website. Of the current 17 highlight videos from this season, 13 feature the former Heisman Trophy winner. Everything from interviews, to big swings to rounding the bases.

Tebow’s assignment to Columbia quickly became rare opportunity for not only the Fireflies baseball team, but all the other teams in the South Atlantic League to set up a marketing strategy for the 2017 season.

After the announcement, teams all over the league began selling ticket packages that would feature Columbia and Tebow. Fans across the league have been flocking to get a glimpse of the former football player. After the first month, Columbia leads the league in attendance with just over 5,000 per game.

“I feel like I’m making progress,” Tebow said in an interview with The State. “I’m more comfortable and seeing the pitches better.”

Tebow’s journey to Columbia began in September of 2016 when the New York Mets offered the former Heisman-winning quarterback a minor-league contract. Tebow had expressed interest in baseball earlier in the summer.

After signing the contract, Tebow was sent to the Mets Instructional League team in Port St. Lucie, Fla. From there he would travel to the Arizona Fall League. The AFL is known to host many potential prospects looking to take that final step to the major leagues. Tebow struggled, going 0-for-14 before registering his first hit, a single. 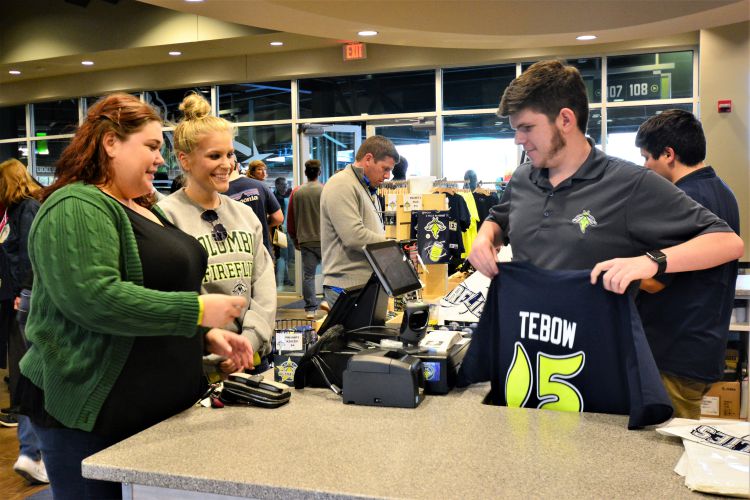 “As an athlete you try to use negativity as fuel,” Tebow said. “I try not to listen to it. I’m blessed to play a game, and get the chance to compete every day.”

In February, Tebow was given the opportunity to spend spring training with the Mets, occasionally cracking the big team’s lineup and facing actual Major League Baseball players.

When it was announced Tebow would be heading to Columbia, ticket sales increased and merchandise couldn’t be kept in stock. In just 24 hours all of the adult T-shirts featuring Tebow’s name and number (15) were gone. Other SAL teams got in on the action, featuring their own ticket packages to see the former NFL quarterback.

Currently, Tebow t-shirts dominate the featured items list of the Fireflies’ online team shop. You can get the shirt in white, gray or navy blue for $25 each.

Opening night April 6 in Columbia saw more than 8,400 fans come through the gates at Spirit Communications Park, centerpiece of the BullStreet redevelopment project. Tebow did not disappoint, hitting a home run in his first at-bat. In total, the Fireflies had more than 26,000 fans during the four-game series, 3,000 more than for the home-opening, four-game series last season. Many of those fans scooped up Tebow t-shirts and jerseys at the Fireflies team store, The Mason Jar.

Tebow’s presence has also given the Fireflies a number of media opportunities. Columbia team president John Katz said a reporter from London made his way to the Capital City for opening night.

“He was down covering the Masters, in Augusta, and decided to come to Columbia to see (Tebow) play,” Katz said.

Despite all the attention, Tebow hopes to just be another player of the Fireflies roster, and looks to take advantage of the opportunity he has been given.

“This is another step in the process,” Tebow said. “It’s been great, the coaches have been great, bringing me up to speed on what I need to know and how to approach it. I’m excited to be in Columbia, the fans have been wonderful.”

Fireflies’ manager Jose Leger said he is happy to have Tebow with the team and feels he can be an asset to other players.

“(Tim) has worked hard in the spring, and is making progress,” Leger said. “We have a lot of things to work on, but he is grasping what we are telling him. It’s a step-by-step process.”

Tebow said he wants to be someone his teammates can look to, despite his lack of experience on the baseball field. Sixteen players on the roster are between 20-22 years old, almost a decade younger than the former quarterback.

“I’ve been competing for a long time, and hopefully I can motivate those guys. We try to make each other better every day,” Tebow said. “Whatever my hand finds to do I really care about it, and I want to do it well.”