Serve Your City, which started as a website for food and beverage employees to rate employers, has added an app aimed at giving restaurants greater exposure and patrons a centralized location to find events and deals.

The app, launched last month, brings together deals and events, such as food specials, happy hours, trivia nights and live music. Food and beverage employees can also access a message board in the app, as well as receive industry-only deals at some restaurants. 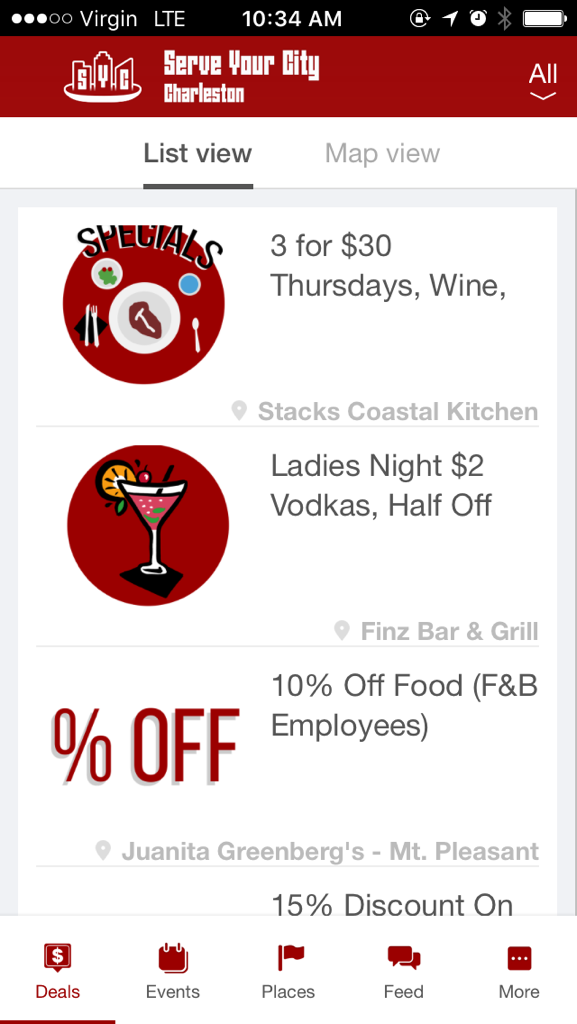 “Other than writing on a chalkboard or having a flyer in the window or having been there, there’s not a centralized hub for knowing what kind of happy hour deals and events and whatnot are going on at these places,” said Serve Your City founder William Price. “So it really ties into performance optimization for an employer. They can really brand themselves, recruit better.”

Price originally envisioned Serve Your City, which he founded in 2015, as a “Yelp for industry workers,” to allow job seekers in the food and beverage community to know what a workplace was like before applying. Price said the reviews are filtered and are usually constructive, making it “more of a promotional site” for employers than a place for employees to gripe.

In October, Price began to shift Serve Your City to focus more on the employer side of things, with centralized branding for restaurants, so job seekers could get further context about a workplace rather than just reviews of employers. This shift led to the app, which gives restaurants greater exposure and control over their brand.

The Serve Your City website is only for employment matchmaking in the industry, Price said, but the app is for the general public.

“Our app, which is a separate item (from the website) — it ties in with the restaurant and branding and exposure, but it’s for the general public,” Price said. “So it’s for anyone to download to find restaurant-related deals that are going on, with added benefits for industry workers.”

Serve Your City is currently only in Charleston, Price said, but he said he plans to expand to other regional markets after some “fine tuning.”