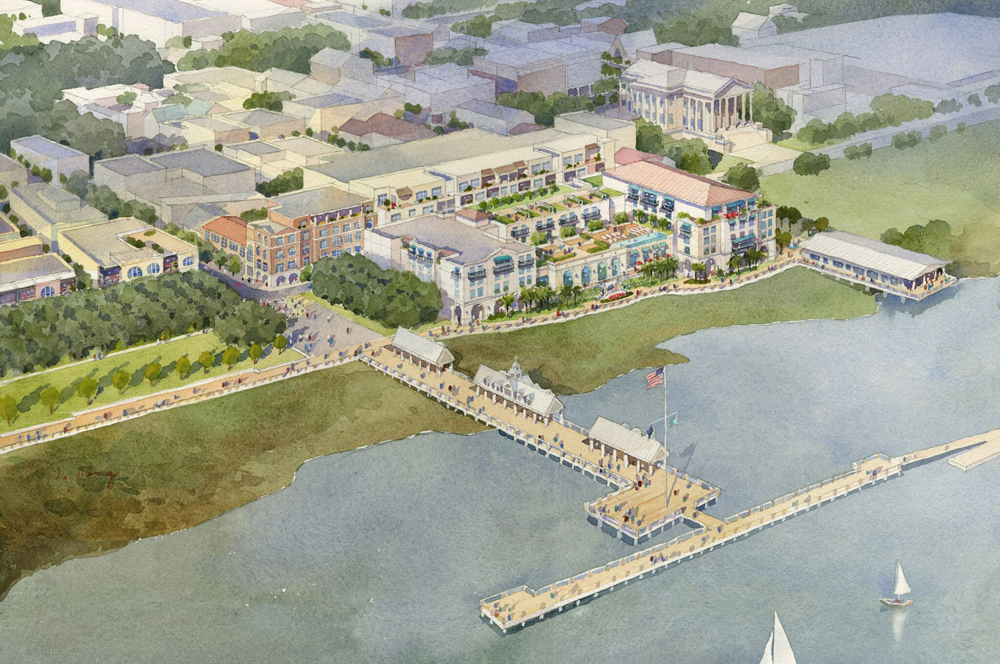 Joseph P. Riley Jr. Waterfront Park in downtown Charleston could be expanded, if a hotel developer’s proposal is approved by regulators.

Lowe Enterprises, which plans to build a 225-room luxury hotel at 176 Concord St., requested approval from the Army Corps of Engineers, Charleston District, to fill some wetlands to expand the existing park to its property and to build a public dock and marina in Charleston Harbor.

The proposal is part of the company’s plan for the property, site of the S.C. State Ports Authority’s current headquarters. The city allowed a slightly taller hotel if the developer provided a public amenity of some kind.

Work for the proposed park expansion involves placing 8,000 cubic yards of fill material into 0.56 acre of tidal wetlands, according to the Army Corps filing, which Lowe Enterprises submitted under its subsidiary Leucadia Coast Properties LLC. 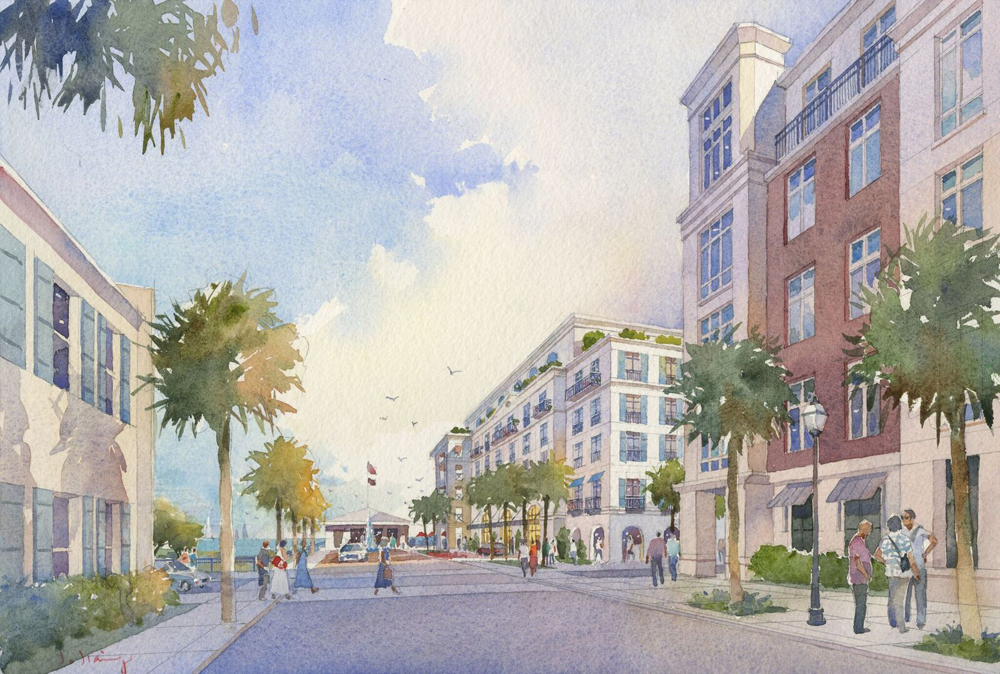 About 0.30 acre of tidal wetlands will be temporarily impacted during construction. The proposed dock marina will also shade about 0.25 acres of tidal wetlands and open water. Shade is considered an impact because it could change the way things grow in an area, agency spokesman Sean McBride said.

The overall project would extend the public waterfront and walkway and would create another boat access point, the filing said. The marina will be open to any boats that fit, according to Dan Battista of Lowe Enterprises.

The park opening will coincide with the hotel’s opening, which is anticipated for late 2020, Battista said.

Lowe Enterprises bought the port’s office property, as well as the adjacent Fleet Landing Restaurant & Bar, in January for $38 million. The restaurant has a lease through 2024.

The port is leasing the downtown site back from Lowe for two years while its new operations site, a $40 million Mount Pleasant space that will more than double its existing footprint, is built.

This is very welcome news for the city of Charleston. That Soviet architectural inspired building should have never been there in the first place.