When Carrie Grebenc first started coming to work at the Nickelodeon Theatre in March 2013, she encountered a slightly different scene from her present-day reality.

“You never had an issue finding an empty parking spot, (and) you were most likely the only person walking on the block,” she said. “Now there’s a huge change. There’s always people walking on the sidewalk, and parking is a valuable commodity.”

The historic theater, sandwiched between fellow downtown stalwarts Mast General Store and King’s Jewelers, moved to its current location at 1607 Main St. in 2012. Tonight, it’s throwing itself a party. “Cheers to Five Years,” featuring cake, discounted beer and wine, and trivia from 6 p.m. to 9 p.m., will celebrate the theater’s growth and coincide with Main Street’s monthly First Thursday event, which showcases local music, art and cuisine. 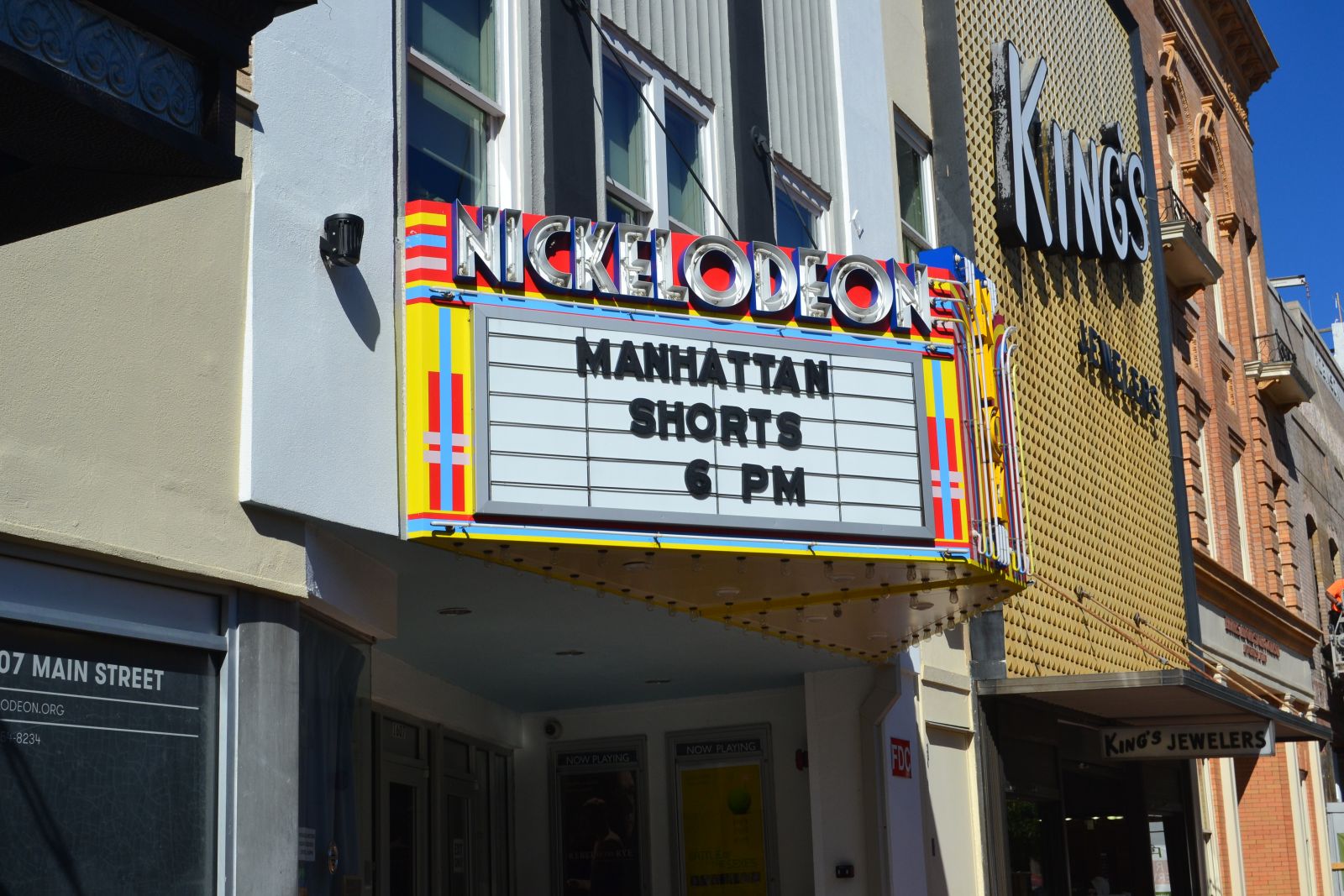 “At those moments, it’s particularly visible how incredibly exciting the district is,” said Alison Kozberg, theater director since May. “There will be events at the art museum and at the Nickelodeon, and people visiting both of those cultural institutions will also have a cocktail or a meal or an ice-cream cone.”

That symbiotic relationship has helped fuel the Nickelodeon’s success – which, in turn, brings more foot traffic to Main Street merchants.

“Traveling to Main Street for the purposes of visiting the Nickelodeon certainly encourages people to also frequent other businesses in the area,” Kozberg said. “One of the things that struck me most about the theater is how close the relationship is to all of the other businesses on Main Street and how it really functions as a cultural icon of the entire neighborhood.”

Founded in 1979, the theater – known affectionately as “The Nick” – made its home in a small storefront at 937 Main St. for decades. In 2005, the nonprofit Columbia Film Society acquired the space at 1607 Main, and city officials, theater board members and community donors pitched in to give The Nick a new home closer to the heart of downtown.

The renovated location opened in April 2012 with one 99-seat downstairs theater screen and a concession stand. Three years later, a 119-seat upstairs theater opened, allowing The Nick to increase and vary its programming and draw new customers to blend with its base of loyal fans.

Since 2012, more than 300,000 patrons have tugged on the brass door handles, gotten a craft beer or some classic candy, and settled into the theater’s plush red seats. 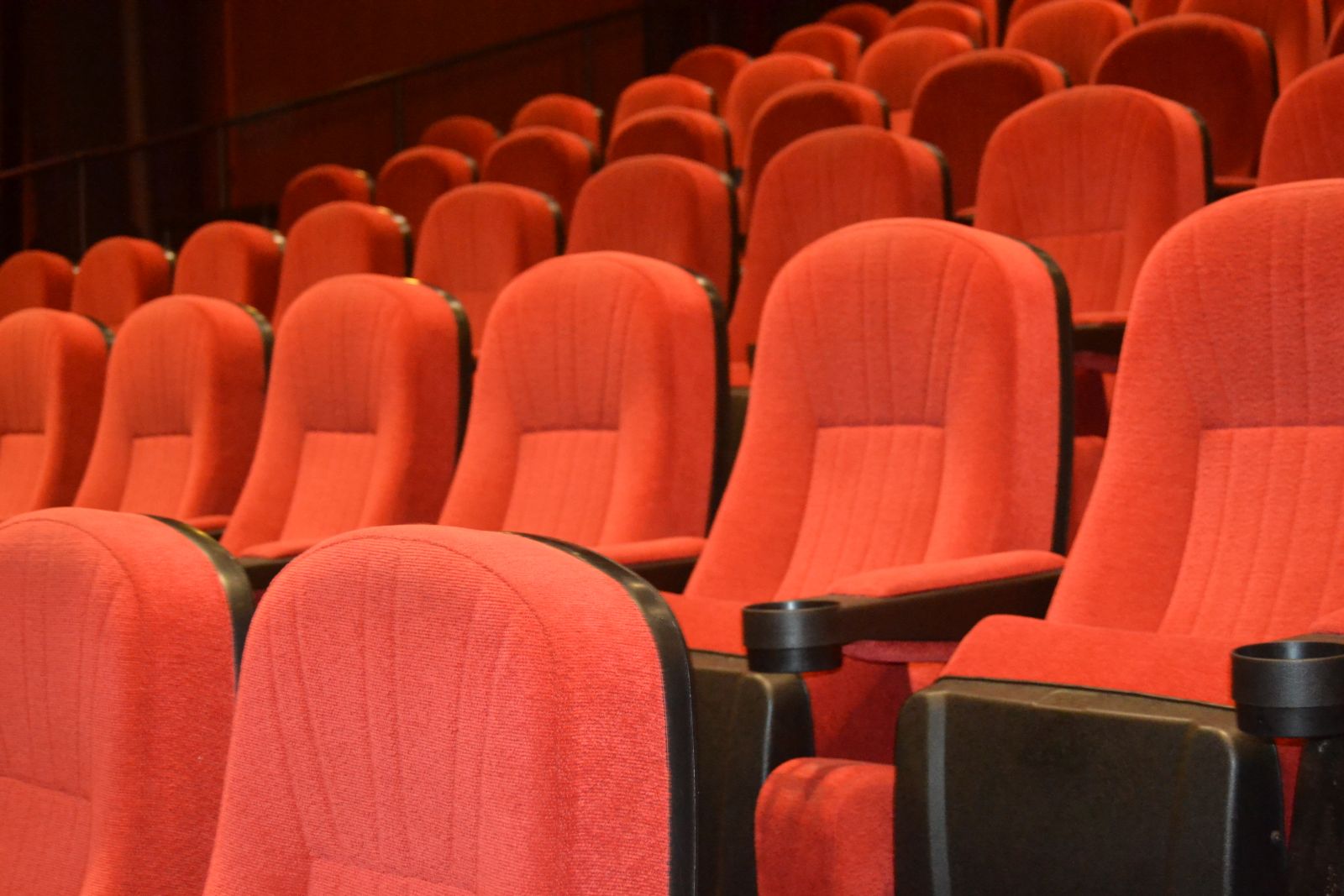 “I definitely think we had a lot to do with the success of Main Street,” Grebenc said. “People are encouraged when there are other people out and about, and we’ve tried to bring in as many customers – new customers, returning customers – to the space.”

“We do staff lunches, and it used to be that you had a handful of choices,” she said. “Now we have to have a discussion. There’s a ton of options.”

“Our priority is to celebrate the moving image in all its forms,” said programming coordinator Amada Torruella. “Our growth has allowed us to really teach about cinema in various ways, not only with the films that we show here on a weekly basis but also with the series, with our film festivals, with our education programs. We want this space to be a place where people can come and share the work that they’re doing outside in the community.”

Upcoming events include holiday-themed programming such as the Oct. 26 showing of the George Romero classic “Night of the Living Dead,” restored by film distribution company and Nickelodeon partner Janus. 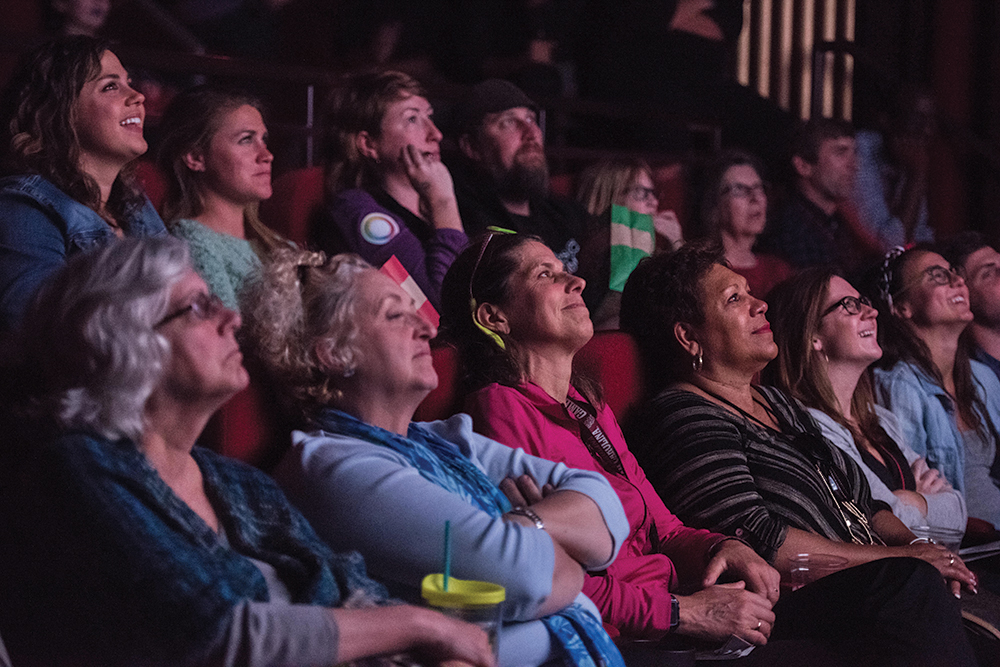 “We’re really thrilled to screen that film in a version that is going to be as beautiful as it has ever looked,” Kozberg said. “We’re also going to be taking time to unpack some of its historical significance.”

In February, in advance of the annual Indie Grits Festival, the curated film series “Black Stories: Two Cities” will explore the relationship between culture, power, geography and race.

“We try to bring many people and organizations from around town into our space so that we can really address issues,” Grebenc said. “We don’t want to just be a movie theater. But we also serve beer and wine. That adds to that fun Friday night.”