Despite a decline in the number of visitors who came to Spartanburg over the summer, the Carolina Panthers training camp yielded $13.2 million in economic impact, according to a report by Clemson University. 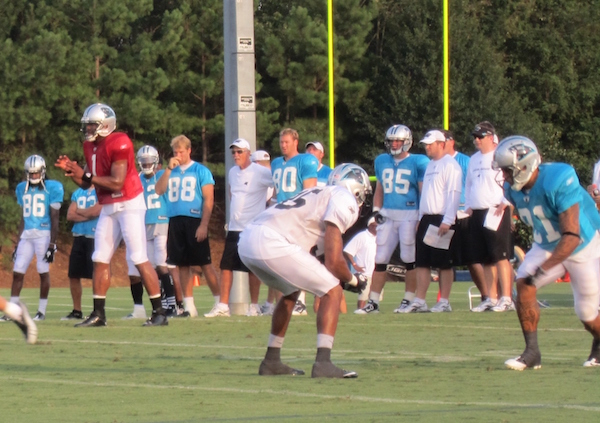 The $13.2 million in economic impact is a record for the training camp which has been at Wofford College since 1995. The previous record was $13 million set last year.

“Carolina Panthers training camp has steadily made a bigger impact on our local economy, and this year’s report shows another increase that is important to note,” said Chris Jennings, executive vice president of the Spartanburg Convention and Visitors Bureau, in a statement. “The total attendance of more than 100,000 visitors was impressive, but our bottom line is the bottom line — total economic impact. It grew again this year, and that’s worth celebrating.”

The report, compiled by Bob Brookover of Clemson University, used attendance data from the Spartanburg Convention & Visitors Bureau inputted into a model of economic impact. The total economic impact includes direct, indirect and induced spending, according to the CVB.

This year, Wofford College and the CVB worked on a schedule showing visitors what they can do during the day at the training camp. The schedule describes where to eat breakfast, lunch and dinner as well as shows different places to check out around downtown Spartanburg.

“This is Spartanburg’s prime time, and summer is in its full glory,” Jennings said. “The Panthers are the crown jewel, and we are not going to let that get dull.”

The decline in fan attendance was the first for the camp since 2009.

“We set an attendance record seven summers in a row, and while we are disappointed that streak ended this summer, we are still very happy with the results,” said Jennings.