The Patriots Point Development Authority has unanimously approved the conceptual master plan for 30 acres of Patriots Annex, a mixed-use development by Bennett Hospitality.

“We have a really long term vision for this,” said Michael Bennett, founder and owner of Bennett Hospitality. “Mayor (Joe) Riley always taught me, take the 100-year view. Well, I’ve got 99 years with y’all, so that’s kind of the view here. And I really do think of it that way. We have a chance to do something incredible in our town.” 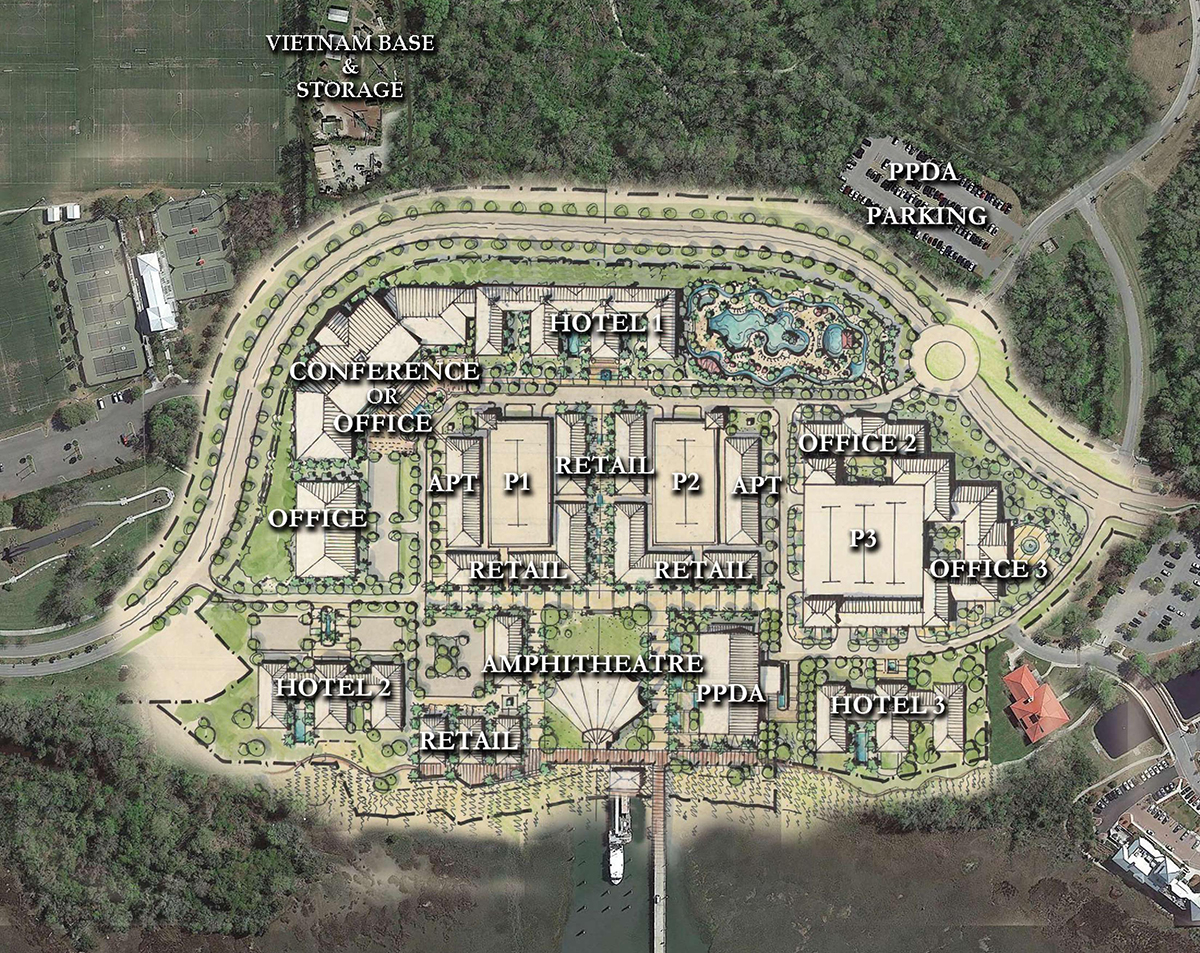 The State Fiscal Accountability Authority unanimously approved a 99-year lease between Patriots Point and Bennett Hospitality in August 2017 for 60 acres of land. Mac Burdette, executive director of Patriots Point, said he expects Bennett will develop other parts of the land further down the road, but the land is under easement by the Department of Natural Resources until at least 2023.

Ray Chandler, chairman of the authority’s board of directors, commended the board for its work in helping shape the conceptual master plan.

“We all have had, over the last six or seven years, some different visions ... and none of this board has been afraid to privately or publicly weigh in,” Chandler said. “And I think for that reason, it is a better plan.”

Bennett Hospitality is expected to invest more than $350 million into this initial phase of the development, which includes restaurants, shops, office buildings, an amphitheater and a hotel. Patriots Point is expected to receive about $4.3 million in annual revenue from the development, which will be used to fund the restoration of ships and piers.

“Our hope on the museum committee is that this plan enables the growth of the museum,” said Susan Marlowe, chairwoman of the development authority’s museum, education and overnight camping committee.

“There could be days, like the Fourth of July, when 2,800 parking spaces wouldn’t be enough,” Burdette said. “We do that already and don’t have enough parking spaces. But the average daily for everything that goes on out here, including us — 2,800 should cover it.”

The Patriots Annex plans must be approved by Mount Pleasant before construction can begin.